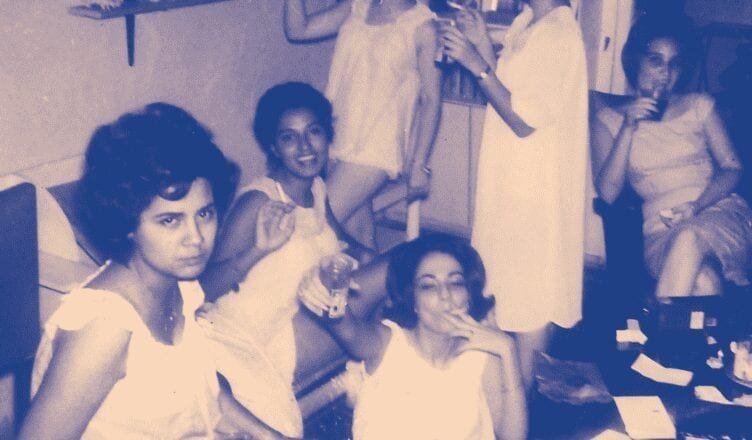 Las Nubes is Spanish for “the clouds.” It is pronounced in that dialect. It is a place in Nicaragua. A land up in the sky where you think you are in them, the clouds that is. Las Nubes is also a band from Miami. Miami of course is many things and so are they. Bilingual, Latin-American, American, pop, rock, hot and full of sweat.

I gather you here today to talk about their new record, SMVT – a beautifully packaged piece of art for the eyes and ears. I can’t speak of the music before my thoughts on the album cover. This record greets you with a fantastic vintage photo from a slumber party in Nicaragua of the mother of the artist/designer, Mariana Mendoza. I call it Carla in the Clouds since that is her name and her hacienda is Las Nubes. The color of the cover and contrast is to behold.

As for the sounds that come out of the slab of creamy colored vinyl, it is a noise of beauty, pain, love, wonder and life. I have been around this music since it’s birth. I have known Ale Campos and Emile Milgrim for more than a half a decade. Working with them at Sweat Records, and watching them grow musically. I’ve also known Johnny Love (bass player on the record) and Nina Carolina (background vocals on the record and now LN’s bass player), for a decade, since back in my Radioactive Records band showcase events at the old location.

Smut was the original name of Las Nubes

It was a solo sort-of bedroom project of Ale’s, with a few DIY releases. A couple years in, Emile jumped on board and Johnny was soon to follow. They played under this name for a while then changed it to SMVT since they started having complications with other bands with the same name. I caught a few practices and shows when they still played under this moniker. I watched the music and songs mature. We lost track how many times I listened to them practice the intro to “QSW,” a fantastic song with this beautiful guitar and bass duet intro. I also watched their live feed while laying down tracks for the record, which took a couple of go rounds to get it right. During the recording or near there after they realized a name change was due and Las Nubes stuck. When it was time to name the album, voilá, SMVT was the perfect title.

Digging through the record song for song, it is a consistent flow and sound of a band polished, determined, and in their own. The vocal treatment of Ale’s voice, doubled or with the right touch of effect and Nina’s background vocals is heavenly. The guitar echos, screams and soothes through the metric time changes all in the perfect places. They are “Still Growing” in “Allusions” while “Tired of Trying” through this “Hellbag” it seems so “Cold”. While they “Retrograde” “I Go Wild” sending me their “Deposit Slip”.

Now that it is finished and ready for our ears, please Las Nubes, it is time to send your thunder and rain down on us with your music. 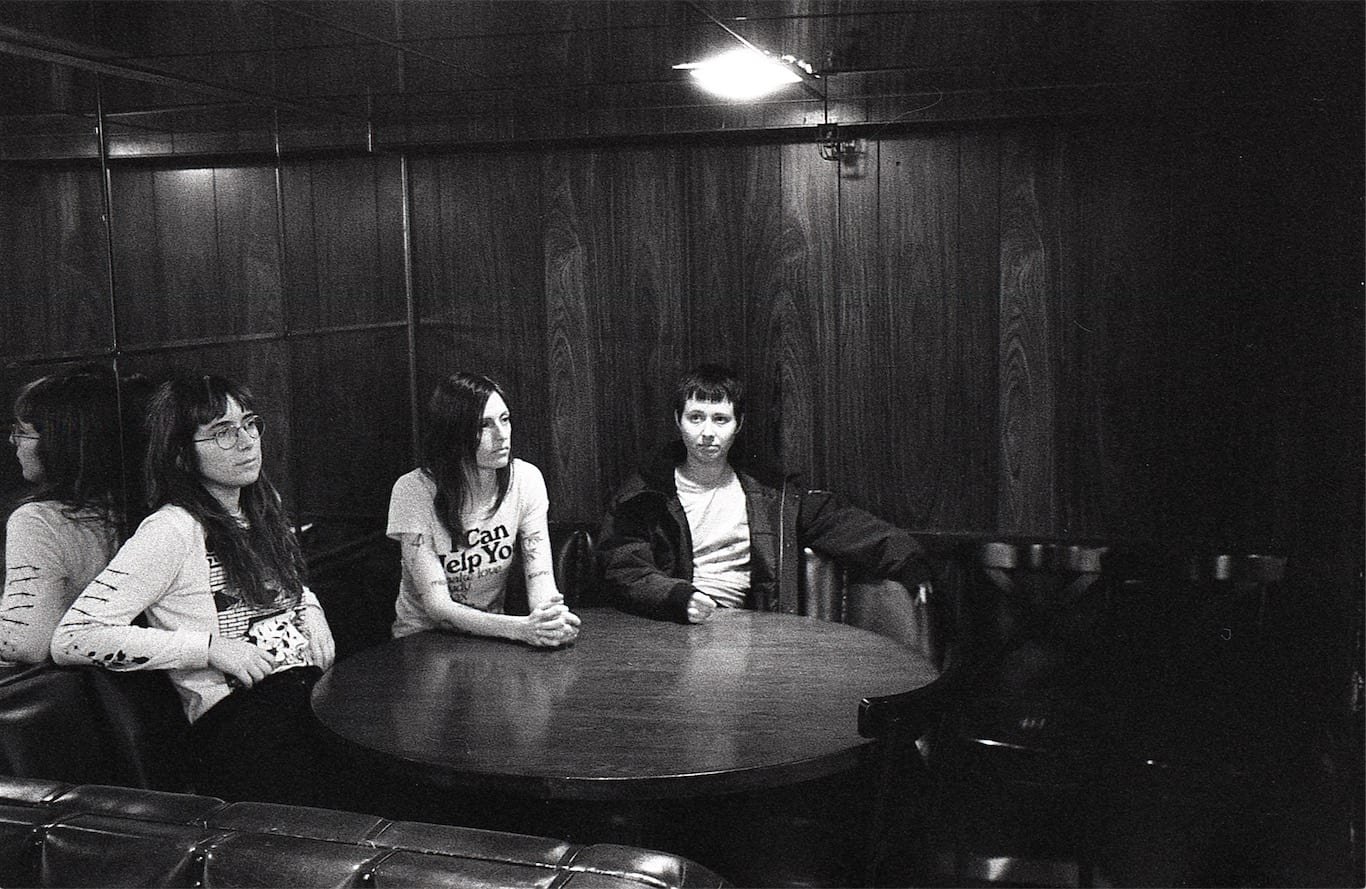