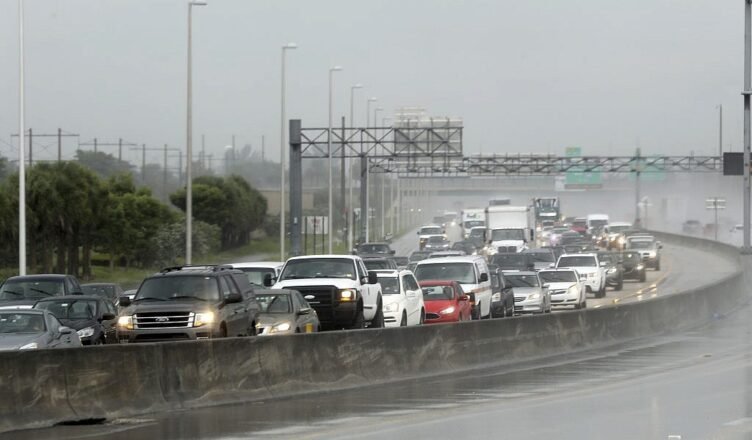 Those wondrous seasons — winter, spring, summer and fall, have inspired centuries of vibrant poems. None are about Florida. Why? Because the Sunshine State doesn’t have seasons, of course. Or do we? What follows are the four real seasons Floridians are familiar with.

Hurricane Season — In August, a true Floridian can smell the change in the winds. Hurricane season has arrived. With it, the ludicrous mish mosh of spaghetti models that predict exactly where disaster will occur. No true-blooded Floridian pays any heed. Been there, done that. Instead, we have hurricane parties and do shots every time we hear words such as cone of destruction, feeder bands, and mandatory evacuation.  Revelers tend to remember these epic parties long after the hurricanes have been forgotten.

Gridlock Season — As soon as the all-clear bell is rung, Northerners flock upon us.  Many don’t drive an automobile back home, but when they get to Florida, they get right behind that wheel anyway. Honk all you want, they will NOT turn on red.

They’re Finally Leaving Season — Around April, the herd begins to thin. Finally. The weather is delightful, the beaches sparkle, and the air even smells cleaner. They’re gone…. they’re finally gone!

Summer Season — The one season we really do have is marred only by the constant complaints of everybody in Florida not actually born here. In other words, everybody. It’s not the heat, it’s the hu***** …..I won’t even write it. Stop it. Seriously, snap it shut. Summer in Florida is awesome. We have a world-class beach all to ourselves. And if it rains, you just have to wait 10 minutes for it to stop, and dive right back into that gorgeous Atlantic ocean.

Florida’s defining seasons are more likely to inspire a punk rock song, rather than a flowery poem. If that doesn’t suit you — well, we’ll just have to see you again next year anyway!