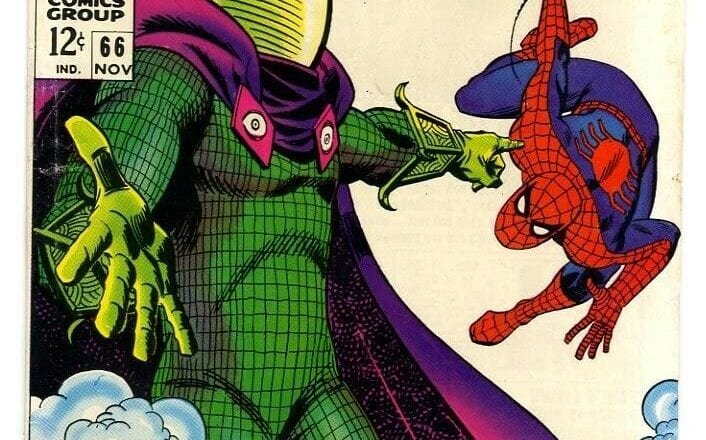 Spider-Man: Far from Home isn’t close to objectively bad, but somehow it still left me a little disappointed. And I’m afraid it’s a personal thing more than anything else.

The story picks up eight months after the dramatic events of Avengers: Endgame. Peter Parker has been back in high school and summer vacation looms. After the stressful years the young superhero has had, he just wants to hang up his Spider-Man suit, relinquish his superhero duties, and be a normal teenager for once. And if he can profess his like for MJ, that would be great.

He’s looking forward to a school science trip abroad with MJ, his best friend Ned, and other familiar faces from the last Spider-Man movie. Problem is, Nick Fury is trying to recruit him for a new defense force since the world’s superhero rosters have been left a little anemic. No matter how much Spidey resists, though, Fury doesn’t take no for an answer and begins interfering with his trip through Europe. The only sympathetic member of Fury’s new team is Quentin Beck, a mysterious warrior from an alternate dimension who’s in our world chasing elemental monsters (made of water, fire, etc.) that have already destroyed his. With Parker in serious need of guidance and a father figure, he bonds with the new hero immediately and reluctantly joins the fight.

Of course there’s more to Quentin than meets the eye, and if I have an objective problem with the movie, it’s him. But I can’t really describe these issues because that would give too much away. Though, frankly, the film’s secrets were obvious since the film’s first trailer, and what I’d be spoiling isn’t all that interesting. Thematically, these reveals do make sense and tie in nicely with all that’s come before and with the emotional state our main character. But they’re just a little too obvious, with little payoff. I hoped there might be more to it, something a little more complicated. Instead, the reveals just gave me a sense of déjà vu harkening back to the The Incredibles and the weaker elements of Iron Man 3.

The Iron Man 3 comparisons seem especially apt. A major complaint for that film was the lack of Tony Stark in the Iron Man suit. In a way, that issue is here too. There’s very little Spidey in his classic costume in Spider-Man: Far from Home. Scratch that, there’s almost no Spidey in his classic costume in Far From Home. There are a myriad of outfits, from simply hiding his face with a Venetian mask, to an all-black stealth suit in another fight, to finally something close to his classic suit in the finale. But that classic Spidey element I was hoping for was missing.

The action is technically impressive, a massive fight in the canals of Venice with giant waves destroying the old buildings comes to mind, but it’s missing something: Spidey’s unique high-flying, swinging abilities. Part of that problem has to do with the locales. Venice and Prague don’t exactly have high rises to acrobat around. But there’s also an air of the perfunctory about these sequences. They feel more like a list checked off by talented artists on a computer than anything truly exciting.

But, you know what? From a perspective of fun, Spider-Man: Far From Home still delivers the goods. It’s still as light and funny as its predecessor, which is nice after the high drama of Infinity War and Endgame. And the game cast is as appealing as ever. Holland continues his expert balance of boyish naiveté and superheroics here. And I liked Zendaya’s unique interpretation of MJ, who seems deeply confident in her awkwardness. There’s also an unexpectedly trippy sequence late in the film that was equal parts surprising and imaginative.

Sadly, my lukewarm response (though really, it’s more warm than luke) has more to do with how much I liked the last Spider-Man movie, Homecoming, than anything else. I probably wanted a simple redux of that film. I know that’s ridiculous, but here we are.

Listen, Spider-Man: Far From Home, despite my quibbles, is still a good time at the movies. At the risk of confusing my superheroes, this Spider-Man may not be the movie I wanted, but it’s the Spider-Man movie that we deserve.

Note: There are two post credit sequences. I highly recommend you stay for both.