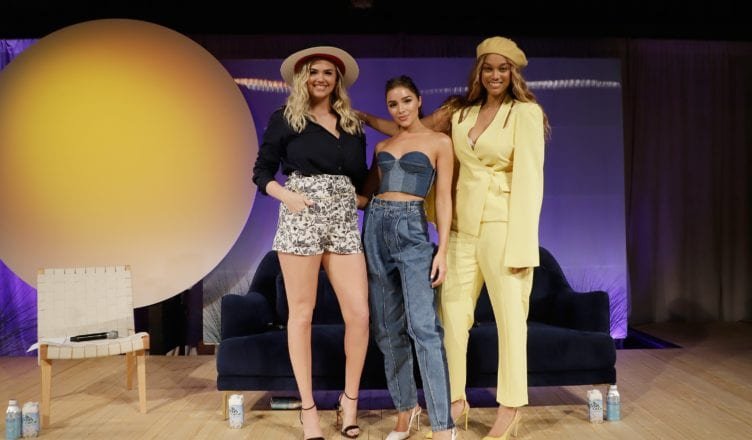 The first Sports Illustrated Swimsuit Issue was published in 1964. It is credited with legitimizing the bikini as apparel, and has launched, sometimes over night, the career of countless super models.

The Miami event was good vibes. Like the best vibes.

For only $10, anyone was welcome. There were tons of activations, from photo shoots to hair and make-up parlors, to an open bar.

Models have feelings and they were more than willing to talk about the haters, the body shaming, will and determination to succeed. They spoke of the bumps, bruises and scratches along the way, from plus size models to breaking the standard of American beauty.

They spoke of the sacrifice it takes to brand yourself. Also, how it’s not making a deal with the devil. Nor is it luck or a pretty face. It’s a grind.

Listening to Tyra Banks, who came out of a 16-year retirement for this year’s cover, was particularly inspiring. If you can’t vibe on Tyra’s truths, you buggin.

They spoke of the dark side of social media.

It was real. The whole event, and this is really surprising, was one of the more human experiences I’ve felt in Miami in a long time.

It had me daydreaming. And I left with these thoughts..

I feel good about myself goddamn it. I’m smart enough, I’m skinny enough, I have enough followers, and goddamn it, people like me.