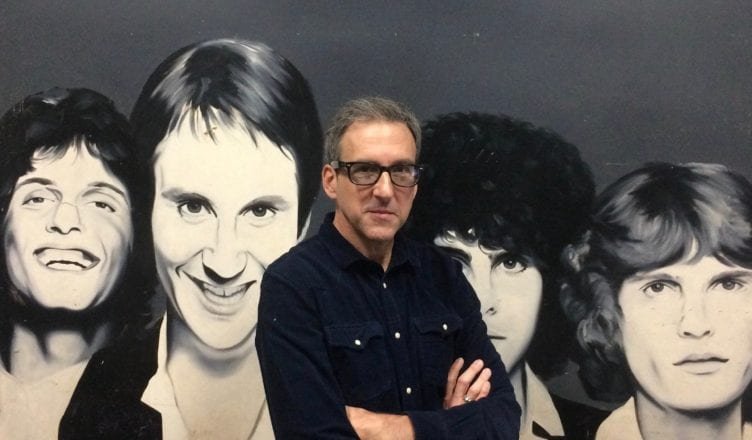 If I had a nickel for every time I’ve said, “It would be great to see a cool band tonight,” and then been disappointed because there was no place to go, I’d have enough nickels to buy floor seats to go see Elton John’s Farewell Tour.

South Florida has a lot of good bands, but we are not blessed with too many cool bands.

We have plenty of talent in the 305, 954 and 561, but we sorely lack original music. The bands at most of our favorite watering holes are playing the same 50 or so songs as 30 years ago. To me, that’s not cool. Sad actually. Depressing actually. Fuck I can’t stand Florida sometimes, actually.

“This is the strongest that original music has ever been,” Budowsky asserts. “Original music is better received today than in any other time period in South Florida history.”

Seven years ago, Rob stepped into the role of manager of the popular band, Jacuzzi Boys. His foray into promotion two years later was a natural progression after establishing relationships with booking agents and club owners.

Because of Rob, bands that would normally skip our “geographically undesirable” state, stop in for gigs in Tallahassee, Tampa, Orlando, Gainesville and Miami. He combs the country to see who is touring, and then offers those bands gigs throughout Florida. The bands get to play 5 more paying shows and we get to see some cool bands that would have otherwise skirted Florida to head for the denser pastures of the Northeast. We want hurricanes to skirt us…not cool rock bands. Bring us category 5 bands please, like the Dead Boys, which Rob delivered to us at Churchill’s Pub in Little Haiti, and Death (from Detroit) that packed Gramps in Wynwood. Rob treats the bands right and asks only one thing in return…”Tell your friends.” It’s working.

Let me break down the S. Florida music scene for you. You got your local bars, like your Shenanigans and Cagney’s Saloons, that hire classic rock cover bands. Then you got your Blue Jean Blues types of bars that bring in the “better” bar bands. We then take a leap up to the Revolution Live and Culture Room type of venues that do a fab job of bringing us a varied selection of medium sized bands. Finally, we take an even bigger leap to American Airlines and BB&T Center where we get to choose between paying rent or going to see faves from the past like Smashing Pumpkins and Billy Joel, or trendy current acts like Kanye. No music guide would be complete without mentioning the really, really ancient has-been circuit that perform to silver-haired audiences at our Calder, Gulfstream, Dania, Hard Rock, and Magic City types of venues. Seems like there’s something for everyone, right?

Fuck no. Not by a long shot. Although many people that have lived only in South Florida are unaware of it, there exists an entire genre of vibrant, excellent music that South Florida has never really actively participated in. That is what Rob’s Strutter USA is turning us on to. That is where Strutter USA shines.

Rob admits that there are some difficult economic realities to contend with, but he is energetically fighting, and winning, those battles. New clubs, located at the fringes of our city, have popped up to accommodate high quality, fresh, original music. Bars like Las Rosas and Bar Nancy, where I recently saw an inspiring set from H-OM, along with Churchill’s and Poorhouse of course, allow Rob to bring in top local and national acts and don’t charge a ransom to get in. Those clubs, which are not located in the ritziest of neighborhoods, are however safe (it’s true!) and well-run.

South Florida has really changed over the last 10 years. Local breweries, who have always been pioneers, are breaking the mold by featuring local original music bands like Gold Dust Lounge and Mark Dubin and the Honest Liars. Record stores, which thankfully have made a huge comeback, are sponsoring live music events that coincide with record releases. Mr. Entertainment and The Pookiesmackers played a live set on the day their new album, Good Black Medicine Here, was released, and Charlie Pickett played a pearl of a set at a packed Sweat Records store for his What I Like About Miami record release party. (Two words about Pickett’s new CD: get it! It is without a doubt one of the best works of music to ever come out of South Florida.) Speaking of Sweat Records, I hear from good sources that NYC author and filmmaker, Steven Blush, will be appearing there in January to present his New York Rock book, and a very special surprise band will be accompanying him.

Listen, I know it’s difficult to break out of our coma-inducing comfort zones that we’ve all been lulled into. We have a reason to wake up now. Miami is cool again, and we have to strike before it’s too late and Miami turns into South Beach (which used to be very cool).

How do you stay in touch with all these interesting happenings? Follow Strutter USA on Facebook. When they create an event, share it with your friends. A lot of cool, persistent people are making this musical resurgence happen and we need to support them. Remember, Rob Budowsky asks only one thing in return…. tell your friends!

I just did. See you all at the next show!