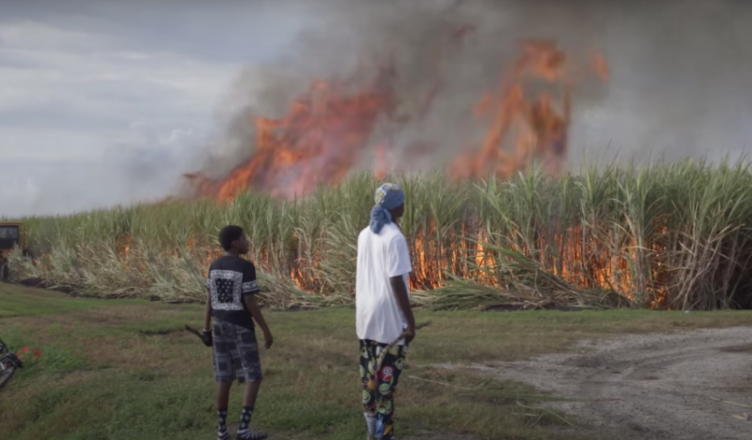 From nightlife to dining to live music, the people behind the Subculture Group are responsible for a lot of West Palm Beach’s cultural growth and sophistication. And they haven’t stopped working yet. With the inaugural Subculture Film Festival happening in March, local cinema buffs can rejoice at an another event in their backyard that will bring creatives together.

The three-day festival will feature work from across the U.S., and will focus on homegrown films and champion local talents. Restaurateur Rodney Mayo’s Subculture Group is producing the festival in partnership with the Palm Beach County Film and Television Commission and the local film and sketch comedy collective I Am SUS.

“It’s sort of a passion project that’s a labor of love by local people to promote local work,” the festival’s co-founder, Jose Jesus Zaragoza, tells PureHoney. “If we get this right, we think it’ll be a really great thing for West Palm Beach.”

Zaragosa is a former journalist who has always had an interest in art and filmmaking. A Florida resident since 2000, he tells PureHoney that his local filmmaker friends are doing “excellent work” and he wants more people to know.

“What I envision is a forum where everyone can come, gather, have conversations about their work, show it and consume it,” says Zaragosa. “Just really expose the talent pool we have in Palm Beach County on a larger scale.”

Zaragoza and Mayo met after the former filmed the George Floyd protests in West Palm Beach in June 2020. The two became friends and, together with event promoter Denley Murat, got to talking about favorite movies and documentaries, which led to the idea of a festival.

They found a promising location in The Peach, a versatile studio and gallery recently opened by Mayo and artist Craig McInnis. With a large screening area and six artist bays, the film festival organizers felt it could properly showcase cinematic work.

The festival will award a total of $5,000 in cash prizes to festival picks, and Zaragoza is looking to recruit judges with local connections and filmmaking backgrounds.

Honors in three categories will go to: short films of 25 minutes or less; medium- and feature-length films; and films shot and edited exclusively on smartphones. Beyond that, the festival is accepting submissions of all lengths and genres, including music videos, student films, films shot specifically in Palm Beach County, and documentaries highlighting civil unrest and the COVID-19 pandemic. The initial deadline for submissions at filmfreeway.com/subculturefilmfestival is Feb. 21, and the late deadline is March 14.

Organizers say they’re already encouraged by the variety of submissions both from filmmakers they know and total strangers.

Besides lots of screenings, opening and closing parties, live music and art, the festival will present an online panel discussion with filmmakers Patrick Bresnan and Ivete Lucas.

The husband-and-wife duo’s filmed works about Pahokee and Belle Glade were of particular interest to Zaragoza, who is director of communications for the Glades Initiative community aid organization. Watching the couple’s documentary short, “The Rabbit Hunt,” about young African-American men hunting coneys in the Everglades, Zaragoza says he was “blown away by the artistry.”

Bresnan, who divides his time between here and Austin, Texas, tells PureHoney that to have a film community in West Palm Beach, there needs to be a local film headquarters and year-round programming. The festival could jump-start both. He says a supportive local network of venues and restaurants — like Subculture Group’s — can also help a film festival really thrive.

I Am SUS, the festival’s other producing partner, will showcase some of their cinematic work from the last five or six years. With members from Palm Beach County, the collective emphasizes Florida’s natural surroundings in their films.

Ryan Kelly, the group’s cinematographer and film editor, sees the coming festival as further proof that West Palm Beach is holding its own culturally against Miami and other Florida cities (some with film festivals of their own). “There’s so much the city has to offer,” he says. “I think it’s slowly gaining traction.”

Olivia Feldman is a writer and editor working in South Florida.

View all posts by Olivia Feldman →