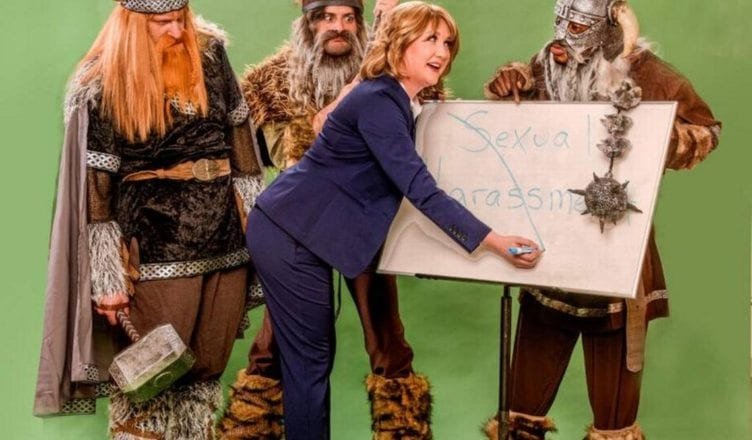 The 24th annual Summer Shorts Festival kicked off at the Adrienne Arsht Center with a steady lineup of eight short plays and musicals.

Summer Shorts is arguably the country’s premiere short play festival. One can never know quite what to expect other than quality.

This year, Summer Shorts is serving up a buffet of plays a little ominous in tone. More existential in nature than humorous, most of the plays seem to ask the same question: “What Does It All Mean?”

The first play this year, a musical examining the presidency of Franklin Pierce, arguably the country’s least effective commander-in-chief, is a wry political satire that may or may not be poking fun of our current president. It features the ghost of America’s 14th President re-imagining himself as a dragon slayer. It’s a funny poke at fake news. And a subtle nod to cultural phenom Game of Thrones.

The next three plays quickly dive deeper into the “What Does It All Mean?” trope. Frozen Foods features two women (Lindsey Corey & Daryl Patrice) literally melting down in the grocery store.

The Forgotten Place examines the nature of friendship.

And the first Act ends with Telephones and Bad Weather, yet another play looking at the nature of existence. It’s a solid play, featuring almost the entire ensemble. A dark, stormy night. Random phone calls from, we assume, God? A request for an Arc. Kind of a poke at climate change, maybe cults a little too. It was enjoyable.

After an intermission, the festival resumes with another four plays and musicals. Eight is a rather short number of plays for the festival compared to years past, but they are fully flushed out shorts.

We won’t spoil Act II at all — go see them yourself.

We will say the acting and directing are stellar. Set design and score great. As is typical of Summer Shorts, the writing top-notch. Just the tone was a little dark. But at the same time perhaps apropos as we quickly descend (ascend?) into the next decade.