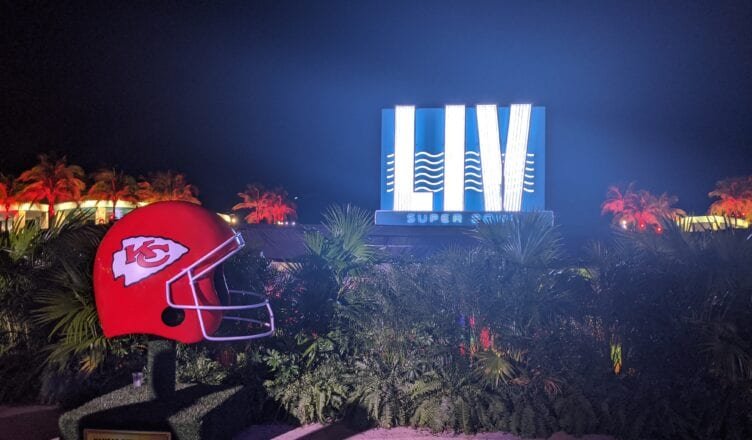 Fireworks exploded. Lasers zigzagged in the skyline. Security lined the city like never seen in Miami. What an event!? Right?

Both American gluttony and our exceptionalism were on display in Miami with Super Bowl LIV. The parties were everywhere yet completely exuberant, with prices only the 1% could afford.

NFL Live, the free event for the city, took over Downtown, occurring over a period of several days, culminating the day before the big game. How was it? Big, bright, loud, culturally shallow, with overpriced drinks ($10 beers, $14 cocktails) and under attended.

City officials said perhaps a million people were expected to pass through NFL Live for Super Bowl LIV.  No freaking way that happened.

It must be noted during Ultra Music Fest this park is packed to the hilt. And only 50k people attend Ultra. Take a look for yourself at the crowd Friday night. Walshy Fire from Major Lazer, Friday’s headliner, played two songs. And Saturday was drenched in bad weather.

The Herald reported on similar bait-and-switches on the beach.

Yet despite the corporate shilling of Pepsi Co products and Verizon, NFL Live during Super Bowl LIV had great family moments.

For example, the environmental pavilion hosted eight booths profiling Florida’s environment and its issues, from snakes in the Everglades, to coral reefs, plastic in the ocean and climate change.

The NFL did its job, in all its glory.

And if in any other city, the streets would’ve been packed. But in Miami, which is part of our unique existential agony, in some ways we don’t exist. When you consider up to 75% of the condo’s Downtown are owned by limited liability companies, where exactly is everyone?

So we make the city ours. Cuz this is America.