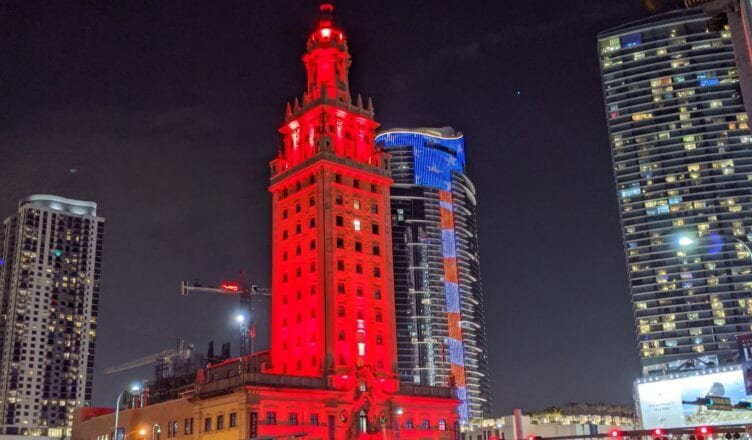 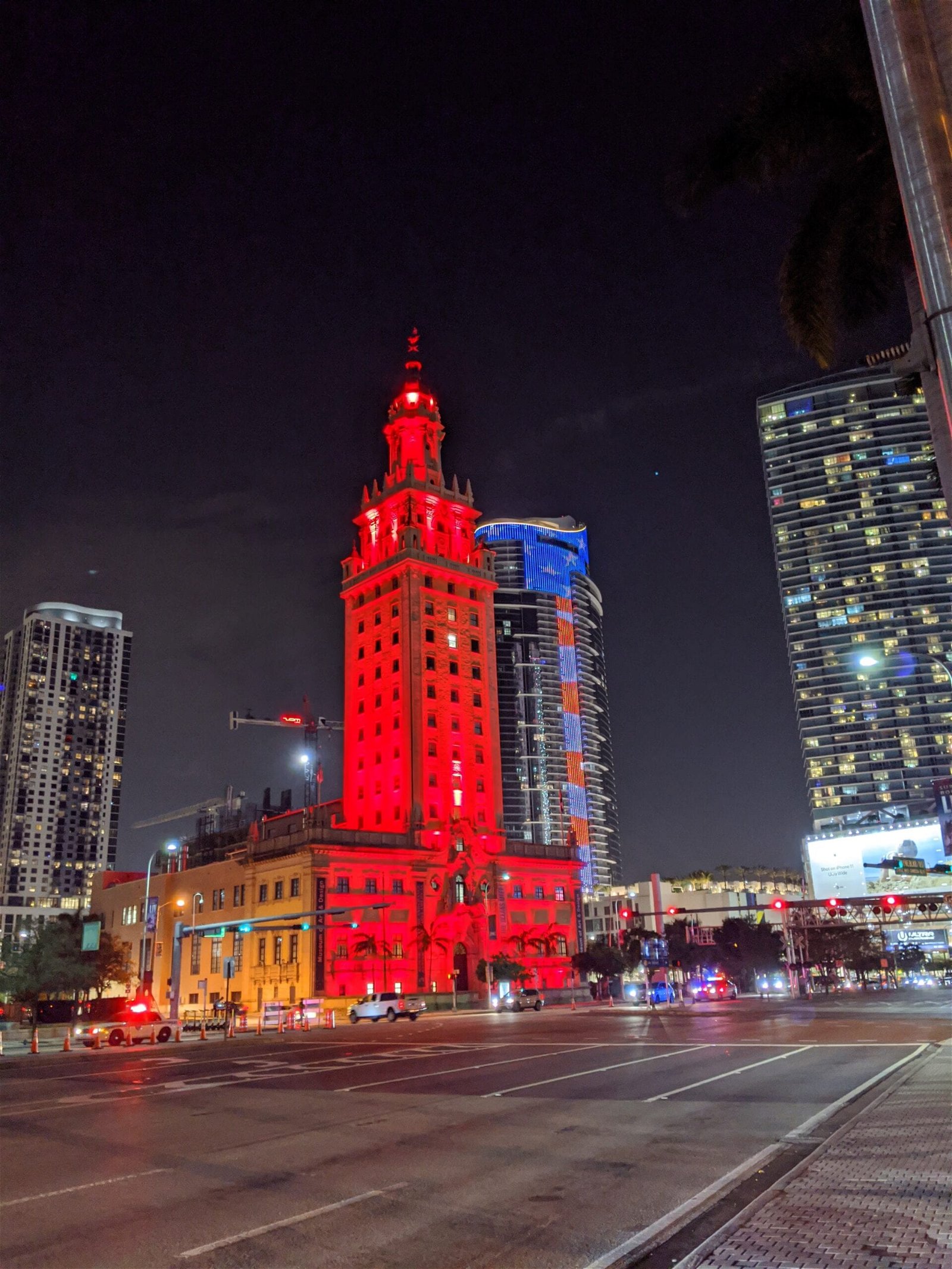 Downtown Miami’s iconic Freedom Tower, lit up lovely. The building is sort of like our Statue of Liberty, if you don’t know.

From 1925 till the 50s, the Tower was home to one of the city’s largest newspapers, The Miami News. Then, after Castro’s regime came to power, for a run the building  processed immigrants, mainly from Cuba, very akin to Ellis Island in New York City.

Today it is a museum and educational center, owned by Miami Dade College, the largest school in the country with 165,000 students. The Tower houses some of Miami’s largest arts organizations, from the Miami Book Fair to the Miami International Film Festival and more.

The building behind the Tower with the American flag is a new mega condo complex called Miami Worldcenter. It’s a huge, huge, huge, mega, mega mega stupendously luxurious  complex under construction. It’s soon to house thousands of condos and yet another luxury mall few here can afford.

But, it’s really nice. Not even kidding.

Where is everyone, you ask?

Well, when you consider more than 50% of the condo’s in the Downtown corridor are owned by limited liability companies, yeah, where exactly is everyone? But it’s really nice. Beautiful. Not even kidding.

Only in America, as they say.