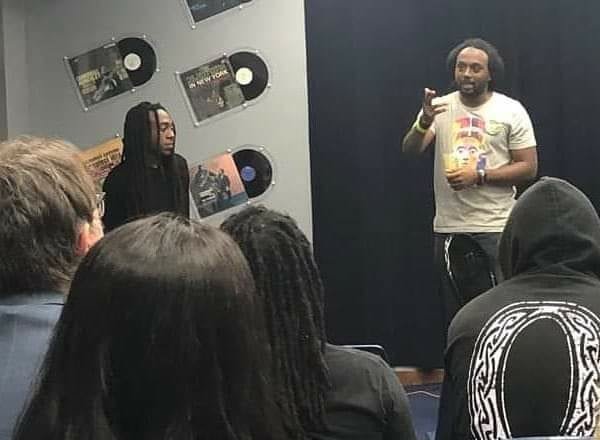 “I have a lot of filmmaker friends, the majority of them are Black or African-Caribbean descent and they had no local platform.” Emmanuel George said on why he started Support the Reel, a semi-annual showcase of South Florida Black filmmakers. The third edition of Support the Reel will be held Thursday, August 29 at 7 p.m. at the Pompano Beach Cultural Center at 50 West Atlantic Blvd., Pompano Beach.

The free event will screen five films by four directors all of whom will be in attendance. Audience participation George says is just as important to the evening as the films themselves. “We want critiques and for the films to create a dialogue with the audience.”

Among the movies to be screened are Good Morning Babe  directed by Jujuan Burton which is a comedic short film about text messages. Message Received  by Lyndell Thomas is a romance featuring a protagonist who grew up in a trauma filled household trying to make things right. Roosevelt Merister’s Undying Love  (which you can watch in its entirety at the end of this story) is based on a song by the rapper Nas. James Mungin II’s Beyond the March  is a documentary about Liberty City youth trying to curtail gun violence. Finally, George co-directed a documentary with Jujuan Burton titled Four Pillars of South Broward about residents of historical African-American communities losing their homes and sense of home.

George has been pleased with the turnout and enthusiasm of previous editions of Support the Reel at Fort Lauderdale and Opa Locka. He’s hopeful this August showcase in Pompano will keep the momentum going. “There’s a lot of creatives that people overlook. People think in inner cities that we’re just selling drugs or playing sports. But there’s painters, musicians, people in the medical field. It’s time to give the filmmakers in the inner cities a platform.”