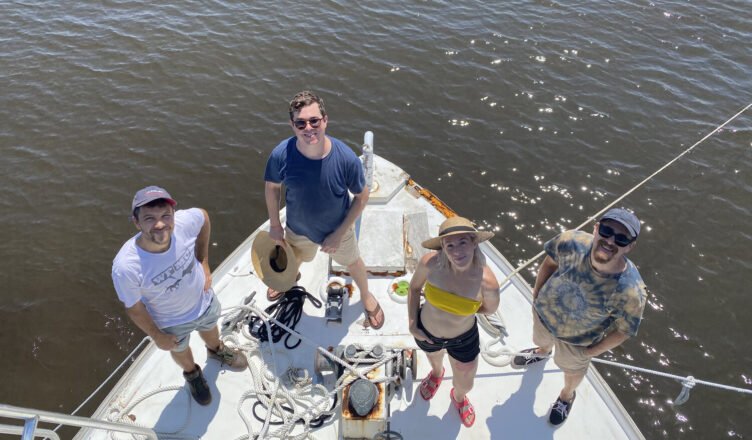 Knocked off schedule and off the road like every other touring band in America, West Palm Beach indie rockers Surfer Blood made the most of their pandemic-induced lot. They took up jamming in the band members’ South Florida backyards, filming performances to share online with fans. They reunited with the Brooklyn indie label that first signed them, Kanine, and celebrated the tenth birthday of their 2010 debut album, “Astro Coast,” with a double-vinyl Record Store Day reissue. They finished a new album and named it “Carefree Theatre,” after the old movie house and concert hall in West Palm Beach that was demolished in 2016.

Looking back on a year and a half of being grounded, Surfer Blood singer and guitarist John Paul Pitts said it wasn’t all bad.

“It gave me a chance to try experiments because there was no pressure. That’s how you write your best stuff,” Pitts said. He contrasted the experience to making “Pythons,” the 2013 “Astro Coast” follow-up that Surfer Blood recorded for a major label, Sire. “It was very polished and produced,” Pitts said of the sophomore album. “When you put that sort of pressure on a situation, you come to it like a college essay rather than being honest.”

“Carefree Theatre” radiates honesty. A decade after “Astro Coast,” the band’s sixth LP — including a 2019 covers collection — harkens back to Surfer Blood as four buddies just making music and rocking out. It demonstrates maturity without sacrificing fun. Building on 2017’s “Snowdonia,” it also showcases a lineup that cohered after the wrenching loss of guitarist Thomas Fekete to cancer at age 27 in 2016. There is a tone-setting power on “Carefree Theatre” in the handiwork of the two newest members: the gritty bass lines provided by Lindsey Mills and the vocal harmonies Mills shares with guitarist Mike McCleary.

“They sing really well; it’s great to have harmonies in the band,” Pitts said.

“Parkland (Into the Silence)” — released as a single on the second anniversary of the Stoneman Douglas High School shooting — is surprisingly and pleasantly upbeat considering its subject. Instead of re-enacting trauma, in the manner of Neil Young’s “Ohio,” Pitts emphasizes the young survivors’ resilience, singing, “I’m sick of hearing that there’s nothing we can do / This time could be the spark, the start of something new.”

And it’s been hard lately to hear the name “Karen” without picturing a middle-aged white woman who needs to speak to the manager. A track bearing the same name here evokes a more youthful free spirit.

Surfer Blood also spent 2020 mastering the home movie. A spin through their YouTube channel turns up favorites such as “Floating Vibes” and “Fast Jabroni” performed house-concert style. “I learned more about editing videos than I ever wanted to know,” Pitts said. There’s also a spry cover of The Shins’ “Know Your Onion!” and an official video for the new track “Summer Trope” proving that a clip doesn’t have to be busy, sleek or expensive to entertain. A fake beard, a wig and one’s hometown beaches will do.

Pitts also flexed producer chops at Shade Tree, the Boynton Beach recording studio he owns with McCleary, making an EP with local outfit Soul Particles and an LP with American Sigh, both of whom will play Bumblefest. “Someone is coming to you with their vision to help you realize it,” Pitts said. “There’s no better feeling than that.

Pitts said the band — with Mills, McCleary and co-founder Tyler Schwarz on drums — is in a good place today. “There’s never any drama,” he said. “Any hit of tension, we just talk about it and work it out.”

“We’ve accomplished a lot in 10 years,” he added. “It still just feels like playing with your friends, I hope that never gets lost.”

Olivia Feldman is a writer and editor working in South Florida.