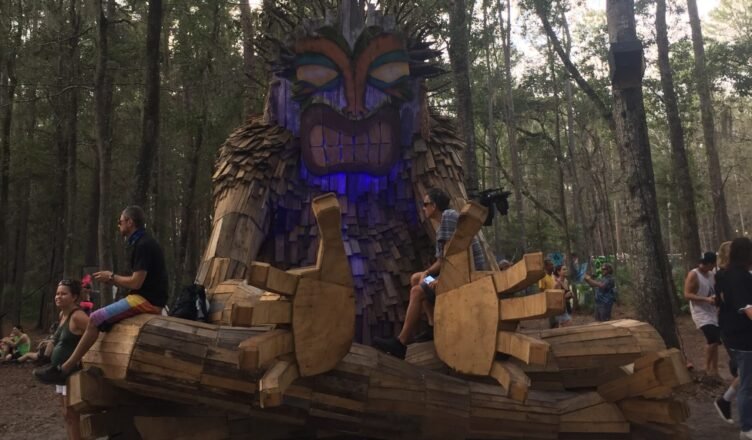 It feels like a lifetime ago, but was in fact only three years ago that I had my first experience attending the annual Suwannee Hulaween music festival at the Spirit of the Suwannee Music Park in Live Oak, Florida. It left a lasting impression, but little did I know how bittersweet it would become being one of the last music festival experiences I got to have before the pandemic hit.

Since its inception in 2013, the Halloween-themed music, arts and camping festival has evolved into one of the country’s most coveted cross-genre affairs. Curating dynamic lineups that range from electronic, jam, and indie to bluegrass, funk, soul and hip-hop, Suwannee Hulaween’s ability to abolish genre confines is evident year after year. It’s one of the main elements that makes it so appealing, since you can go with the flow and relax, knowing wherever you end up, there will be a great experience.

Tickets are already sold out, so if you got them start thinking about how you’re going to interpret this year’s costume theme: “Suwannee Horror DiscoShow.”

View all posts by Yuval Ofir →