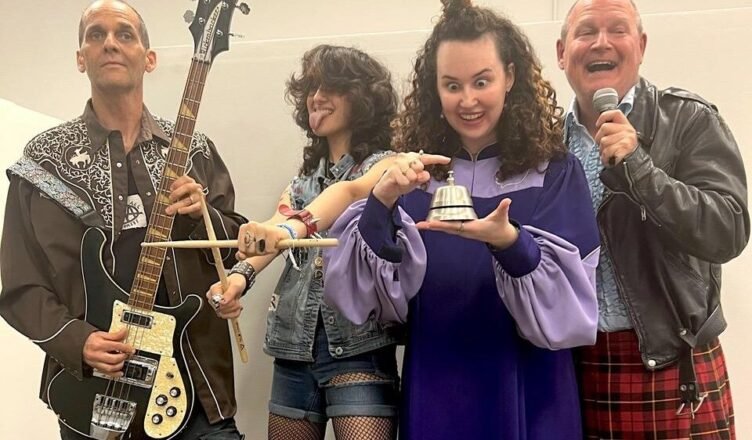 So, live music is returning to Sweat Records. For the last two-and-a-half years or so, the stage at Sweat has been occupied by the record pimping machine of used and new vinyl. Due to the pandemic, things were not kosher for performances and the store had to adjust to the times. Although I’m not sure we still should be breathing the same air, everything in town is open and there is a void of local, all-ages music venues available. Sweat wants to fill that hole a little with seminars, instructional lectures, movies, live performances, plus dog and pony shows. Well, I could be fibbing about some of that, but truth be told, since I work at Sweat this all feels like some shameless self-promotion. You can double that shamelessness because the band I am in will be pulling off one of the first new live music nights.

Yes, Mr. E & the PS3 (code name for something bigger) is performing Sunday September 4th between 5-8pm. The PS3 consists of a teenager, family members, alumni, vintage instruments and a good time! We’re playing music from the past and present, featuring songs from my 25-year career and favorites from my ever-growing record collection.

We’re also blessed to have Lone Wolf on the ticket, pulling off his one-man show. Another feature of the night is Koontz Kustom Guitars. 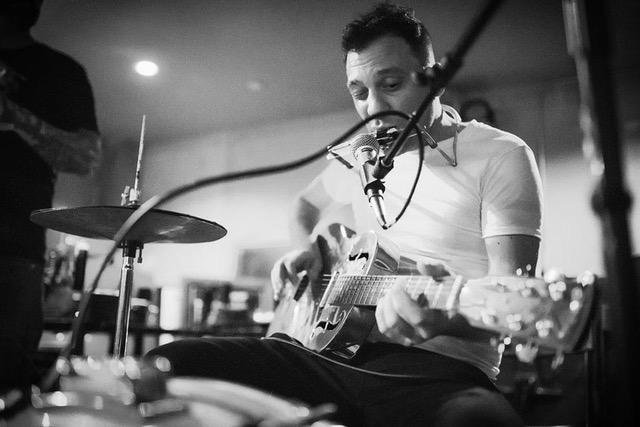 Joe Koontz is the shed shop specialist building out your dream guitar. He’s also is a local music legend from Against All Authority, MC1, Beat Obsolete and more. After tiring of stock-built guitars, Joe took his DIY/Punk background to a different level. You can check out his site for guitars he has built for members of Torche, a Brian May custom by request, and even a hurdy gurdy. He also builds kick drums out of luggage often using flotsam/jetsam found along the way. 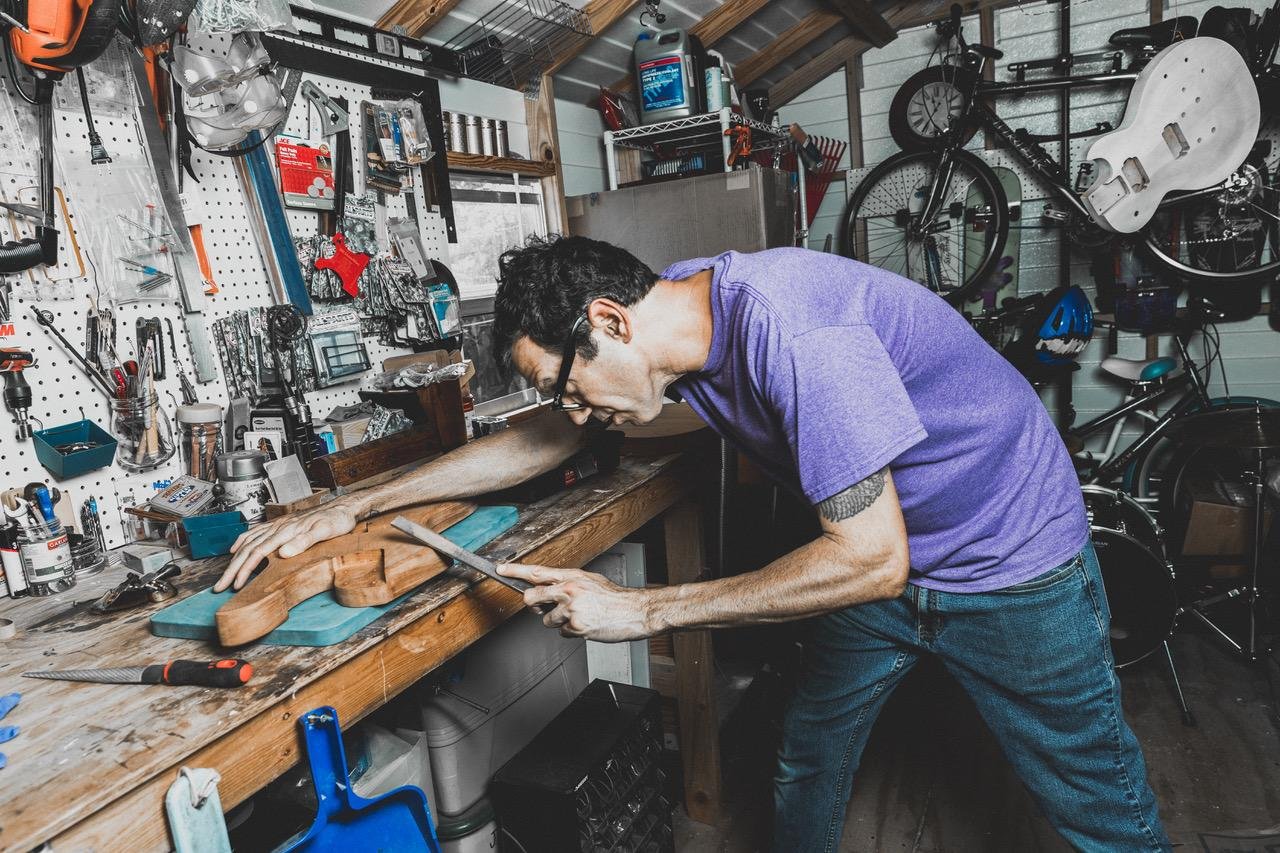 JK has built 2 guitars for me. First was Lady Frankenstein. She was built from a 1959 Danelectro neck I had sitting around my house for decades. I needed a body put to it and he tricked it out. We stayed with the original concept but replaced the back with mahogany and added a Dade County Pine heart through the chamber. It was then topped off with some dumpster-found masonite from the infamous Shack North in Hialeah. His most recent build for me was an anarchist joke dream-come-true. Joe and I repurposed some wood from Dave Daniels’ old house behind Churchill’s with the assistance of Nicky Bowe from the Miami Public Works Department (wink, wink). I dreamed out loud to have it turned into a plank-style guitar reminiscent of Les Paul’s Log, with a hint of Bo Diddley’s Twang Machine and the Devo Le Baye 2×4. I picked all my favorite colors and hardware. It’s been dubbed The Devo Daniels and will make its debut at Sweat. The color even matches the seafoam green walls.

5-10 dollar donations accepted. All funds will go towards our GED fund, records from the store, and a snack from Fiorito down the block. All are welcome excluding jackasses.