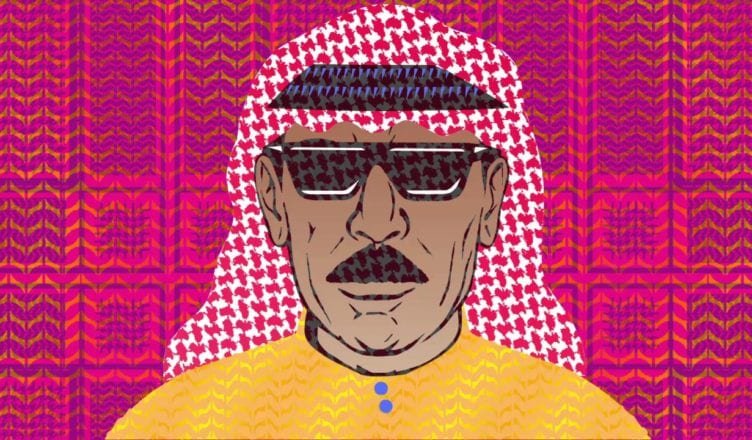 Editor’s note: It was announced late Wednesday that Syrian singer Omar  Souleyman’s Friday, October 5 concert at North Beach Bandshell was cancelled due to “visa issues out of his control” . Below is the exclusive interview with Souleyman originally intended to preview his now cancelled performance.

When Syria gets any media attention, it’s generally due to the tragic civil war, but The Rhythm Foundation and MDC Live Arts are importing a Syrian cultural treasure to South Florida in Omar Souleyman. The Syrian wedding singer will be displaying his distinctive acclaimed voice singing over rave worthy tracks at the North Beach Bandshell, at 8 p.m. Friday, October 5.  This will be his second ever Miami show, after an explosive debut for 2014’s Art Basel that had the whole audience on their feet.

Souleyman has collaborated with Bjork, released records with Diplo’s Mad Decent Label, and performed in front of the United Nations. In spite of all these feats, Souleyman still agreed to step on the Jitney for an exclusive, if very brief, interview aided with the help of a translator.

When did you first fall in love with music?

Omar Souleyman: Well,  it is not exactly how I see it. It was not a choice to love music or not. Where I come from (music) is everywhere in our lives, at home, on the street, at the market, everywhere. And there isn’t anyone that doesn’t love music.

What did you learn from being a wedding singer?

I still am a wedding singer if that is what you mean and I learn something from singing every day.

How do you prepare for a live show?

I don’t prepare at all. I just go and sing.

Who are some Syrian musicians you recommend people check out?

You can see Saad el Harbawi. He is my idol. His voice and his delivery are always my guiding lights.

How would you describe the musical tastes of Syrians?

It really depends on the class of society they belong.

What are your plans for the future?