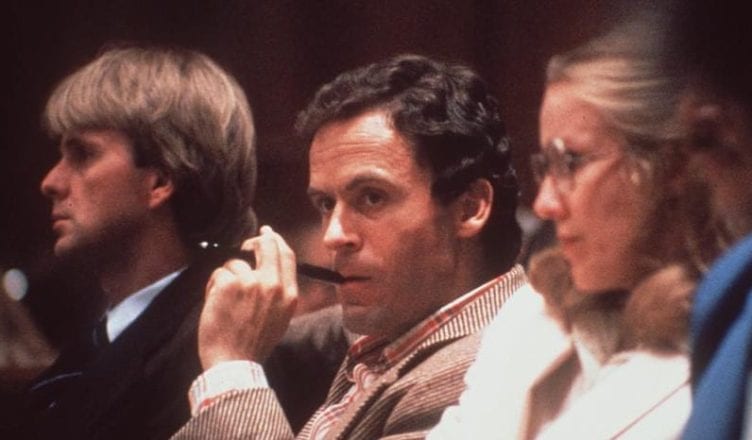 Like many couch potatoes I recently found myself addicted to watching Conversations with a Killer: The Ted Bundy Tapes, the four hour Netflix documentary that recounts the ghoulish saga of serial killer Ted Bundy. It gives you a master class in evil and insanity as it introduces you to a man who killed at least thirty defenseless women. But this movie ended up being kind of personal to me (not because I’m homicidal) .

I attended Florida State  where Bundy committed some of his more ghastly murders. Those Tallahassee crimes took place the year I was born, in 1978, so it was fascinating to see news footage of that era. But my most surprising connection was when I learned Bundy’s murder trial took place right here, in my hometown of Miami. To think I was crawling around as an infant just a few miles from where Bundy was defending his life at the Miami Metropolitan Justice Building, now known as the Richard E. Gerstein Justice Building, located at 1351 NW 12th St.

Bundy had been to Miami at least once before. In August of 1968 he attended the Republican National Convention in Miami Beach as a Rockefeller delegate. Odds are his only crimes at that time were political in nature. Even though Bundy was inconsistent in recounting his crimes, he claimed his first kidnapping wasn’t until a year later in 1969 and his first murder wasn’t until 1971.

It was after he escaped from prison for the second time (a feat that is under reported in his legend) and killed three women in Tallahassee and Lake City, that Bundy spent serious time in Miami where he went on trial here in June 1979.  According to the documentary they moved the venue eight hours from Tallahassee to Miami because juries would be too prejudiced against Bundy’s notoriety in Tallahassee. But in Miami, and anywhere else in America, Bundy was already as well known as Burt Reynolds, The Bee-Gees or any other international celebrity of the 1979 era. His trial was televised with hundreds of media members covering it. The interest was because he was so “handsome and charming”, but in the footage Bundy seemed as charming as the Batman villain, the Riddler. Still I guess women saw him differently as the courtroom was filled with Bundy groupies and Hollywood movies later cast heartthrobs like Zac Efron and a young Mark Harmon to play Bundy.

The courtroom cameras brought out the ham in not just Bundy, but also presiding Judge Edward Cowart who after sentencing Bundy to death gave this bizarre grandstanding speech on how he liked Bundy and wished him no ill will.

“It is ordered that you be put to death by a current of electricity, sufficient to cause your immediate death, and that that current be passed through your body until you are dead. Take care of yourself, young man. I say that to you sincerely; take care of yourself. It is an utter tragedy for this court to see such a total waste of humanity, I think, as I’ve experienced in this courtroom. You’re a bright young man. You’d have made a good lawyer and I would have loved to have you practice in front of me, but you went another way, partner. I don’t feel any animosity toward you. I want you to know that.”

Ted Bundy also not one to be outdone in desperate attempts at attention. Bundy was able to convince the judge to allow him to serve as his own lawyer during which time he called Carole Anne Boone to the stand to testify on Bundy’s character. During his questioning he proposed marriage to her, she said yes and they even managed to conceive a daughter while Bundy was locked up.

All these shenanigans were for nought. As mentioned earlier the jury found Bundy guilty on July 24, 1979 on two counts of first-degree murder, three counts of attempted first degree murder and two counts of burglary. Six months later Bundy was shipped up to Orlando for another murder trial. Bundy was finally executed for his crimes on  January 24, 1989.