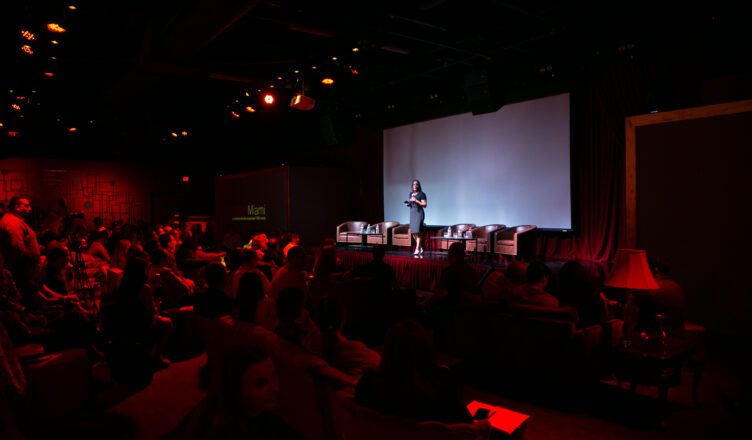 We all know and love TED Talks. Over the years, the immensely popular series has engaged hundreds of millions of people, worldwide. And now TED is spreading its wings with TEDxMiami, our local “chapter” of TEDx. They are producing TEDxMiamiSalon, a series of events designed to bring like minded people together to have a TED Talk experience. The formula is simple. Gather. Watch previously recorded TED Talks. Then break into groups and talk.

You might be asking yourself, “well, why would I go to a salon to watch pre-recorded videos. I can do that at home.” Well, yeah, that’s the whole point. They want you to leave your home and have a real human interactive experience, with you know, like other people. Back in the day, like way back in the day, believe it or not, people actually gathered together.

I think it was 2019. They called it socializing.

TEDxMiami is trying to do just that with a series of locally organized salons. The second in the series recently took place in Little River at a charming restaurant garden called Naomi’s. The salon focused on love. It was cool, intellectually stimulating, reasonably well attended, and there were free drinks and delicious bites.

Soon there will be more salon events culminating in a large conference in 2022 and then yearly, going forward, hopefully, if we like ever get back to normal.

Bonus trivia fact: do you know what TED stands for? It’s not named after some dude named Theodore — it’s an acronym, Technology, Entertainment, Design.