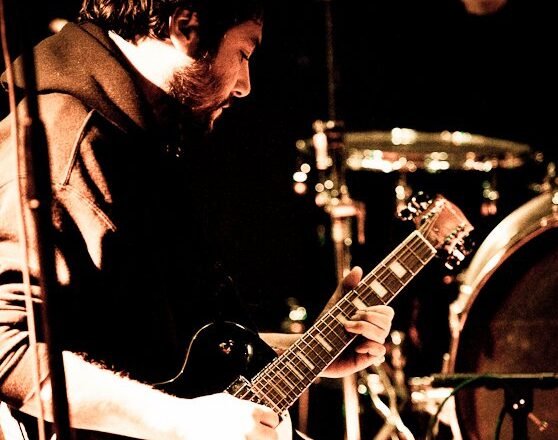 Omar Garcia is a singer/songwriter and multi-instrumentalist who opened Browner Sound.  The Hialeah business is dedicated to instrument and electronics repair and is now branching out into manufacturing their own brand of high-end recording equipment for professional studios. Garcia is probably best known for fronting a power pop outfit called The Brand in the 2000s and 2010s, which drew major label interest and toured the United States extensively, including a stint on the Vans Warped Tour. He is a single father of a little boy, and is raising two others with his partner Naomi Lopez, who is also part of the Browner crew.

Where were you born and educated?

Omar Garcia: I was born in Newark, NJ and raised in South Florida (Hialeah). I studied marketing and advertising while playing in bands. A part of me feels like advertising was an inverse-education, actually. I’m still trying to unlearn that. I began Browner Sound years later while in Seattle, Washington after spending three years studying electronics independently. I’m not sure I would call myself “educated.”

My brother and I were part of a small group of kids in our neighborhood who were into skateboarding and skating culture, including the bands that fueled it: Suicidal Tendencies, The Dead Milkmen, all the metal bands like Metallica, Slayer, etc. It was a small leap to playing guitar from there. Actually, that’s an exaggeration to say I played guitar. We were like trained monkeys. We couldn’t play anything but the three Metallica songs we practiced everyday for 9 months.

How do you remember your time in The Brand?

It was an exciting time. We were getting some attention touring the US and England. For a kid living in a factory town with immigrant parents, it was a dream to be playing American rock music and seeing people enjoy it. I think the first time anyone gets that kind of attention, it can be exciting. The strongest impression I have, though, is spending time with the people in the band.

We spent so many hours writing, playing, preparing, touring and practicing that it’s hard to think of anything other than the gang during that time. It was a great time in my life that I got to share with great people.

What sparked your interest in musical production?

Necessity, for sure. We were band-folk that had more time than money, so we would find whatever equipment we could and fight with software and viruses through dozens of mixes until we got something that kinda sounded right. I always wanted to make my band sound like the major-label bands I listened to, so I  lusted after the pro equipment. I couldn’t imagine what it would be like to record a band without things breaking or blowing up, though. It was always a house of cards.

How did you transition from songwriting and performing to musical equipment research and development?

Recording became part of the writing process for me. If you sing with distortion, you sing differently. A song is written differently if you write it while you record softly or loudly or with lots of echo or through a telephone. I wanted to have equipment that could do that. It’s also beautiful in its own right. It feels like sitting in an old car or an airplane cockpit. I just fell in love with all of it – the circuits, the way they looked, the histories. I love it.

What compelled you to start up Browner Sound?

I couldn’t think of a better thing to spend the rest of my life doing.

What did you love most about your time in Seattle?

The people I met. I had a buddy that inspired me to start Browner Sound because he had started his own bike shop. Another friend was building amps as a business (Verellen Amps) and he encouraged me to do it myself. I remember showing up at his place with a six pack of beer and a million questions about circuits. Poor guy just loved beer too much to turn me away.

What music are you listening to today?

Listening mainly to old jazz records – Chet Baker, Miles, Charlie Parker. Some punk / budget stuff like The Mummies and The Minutemen. DJ Le Spam gave me a cool record player that I’ve been rediscovering music on. Things were quiet for a while.

How have you handled the pandemic in terms of not being able to play live?

Browner has kept us super busy. I have to admit I haven’t felt too much of a difference. I’m realizing I’m a bit of a hermit. A hoarder and a hermit.

What is the Music Preservation Project and what is your main intent for it?

The Music Preservation Project is a not-for-profit program that we offer to public schools and local bands. At schools, we record jazz bands, concert bands, choruses and marching bands so that the performances can be archived. We do this at no cost to the school in the hopes that, even as art budgets are cut, the communities keep a record of student performances when they happen.

The pandemic has affected the MMP hardest, though. We are hoping to return to the schools and invite new bands in to record later in 2021 as COVID19 comes under better control. We will post updates on brownersound.com/musicpreservationproject as things change.