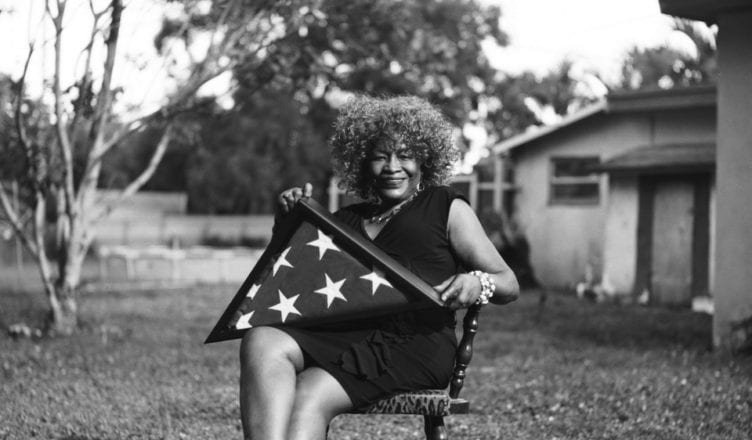 Terence Price II is a humble, mild-mannered, quiet and thoughtful soul. I came across him at the record store I work in. We always have some cool conversations after he ever-so-quietly does his record digging. I never spotted him with a camera around his neck, so when I started reading he was an up-and-coming photographer on the art scene I knew he had the perfect demeanor. A fly on the wall, an observer, a smooth but keen person makes for one to capture their surroundings in paint, lyric, or photo. This young man has all the qualities.

The ArtCenter South Florida must have known this since they made him an artist in residence. I checked out some of Terence’s work before he started getting more exposure from this establishment. His short films and photos were portraits of where he grew up and the changes that have transpired and are still happening. The ArtCenter provides us all a more in-depth look into the eye and mind of the guy behind the camera and what he sees in front of him. His exhibit, “Dancing in the Absence of Pain,” is on view through March 31 at at Art Center South Florida 924 Lincoln Road, Miami Beach.

It’s an exhibit filled with black and white photo observations of his Carol City/Miami Gardens neighborhood and beyond. There are some home movies shot by his grandfather (and mentor of sorts), and a few of his grandfather’s photos, too. A portrait of Bubba (grandpa) was taken in February 2018 right before he passed unexpectedly.

To celebrate this event ArtCenter with the help of Illuminarts and the New World Symphony threw a grand celebration of Mr. Price’s work on February 9. To start the evening we congregated at the ArtCenter. We were called outside to be serenaded by an ensemble of opera singers performing gospel music. Then we marched down Lincoln Road singing and clapping hands to the New World Symphony hall. It was somewhat like a freedom march mixed with pubic theater. Fantastic. What we were in for next was beyond thought.

Inside the SunTrust Pavilion, a midsize hall in the building accommodating a few hundred lucky souls, we were thrilled by three singers. Two also played piano at one time or another. They sang below a large screen on which Terence’s photos and short films were shown with emphasis. The range of these singers, John Holiday, Charles Wesley Evans, and James Davis Jr., was across the spectrum. Reading the singers’ credentials after the show was impressive but not necessary. Three of the greatest voices I have ever heard sang with a passion that was unequaled. Mostly they sang solo with piano accompaniment, but there was one duet and a few songs including the opera-singing choir too.

The repertoire was relevant to Terence’s on-screen images, and more than once I felt the singers were singing directly to Terence and his family, who were in the audience. It was all memorable with highlights of a version of Gershwin’s “Summertime” accompanied by photos of neighbors riding bikes and popping wheelies. Also, a version of Charlie Chaplin’s “Smile” with words by John Turner and Geoffrey Parsons was set to a photo of Terence’s grandmother smiling holding her husband’s veterans-issued American flag. As I viewed this while seated behind her and her beautiful gray afro, I knew she was smiling on screen and the entire audience shared a tear in their eye. The rendition of Nina Simone’s “To Be Young, Gifted and Black” made me realize that is exactly what Mr. Terence Price II is.

For an in-depth look at his work  visit mxlawki.tumblr.com. 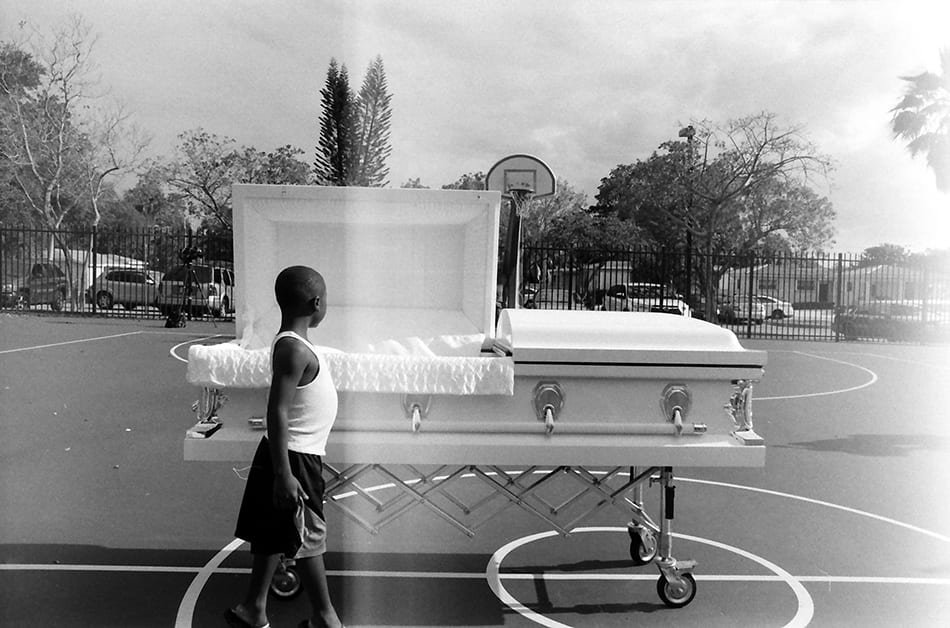