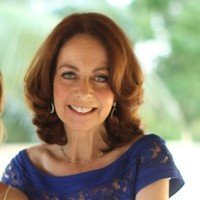 High school memories that won’t go away led to my abortion. There were girls who disappeared. Some were cheerleaders.

I grew up in a small Midwestern town surrounded by corn fields. The town was not so much surrounded by those fields as embraced by them. It was an embrace that at times could feel too close and confining, too quick to criticize and pass judgment.

This town resembled a dot on the prairie like many others. But during my high school years in the late 1960s, it had earned local notoriety for its squad of disappearing high school cheerleaders. And they certainly weren’t the only girls who vanished. Even though by the strangest of coincidences my high school was built with yellow bricks, this was no latter day Wizard of Oz magic act.

Cheerleaders and other girls had a tendency to get pregnant in my high school. Of course they were not married so shotgun weddings generally happened swiftly and without fanfare.

As people said in hushed voices, they “had to get married.” The phrase carried enormous stigma and shame. Now that Roe v. Wade may be overturned, I am horrified to think that we could step backward to those days of stigma and sacrifice.

Married or unmarried, in my high school pregnant cheerleaders and girls “like that” instantly disappeared from school as if they had never been enrolled, never frowned over Algebra I equations in freshman math class, never grew breathless playing soccer in P.E. in our pre-Title 9 era.

As I recall, their absence was never officially acknowledged by the school and I never heard a word about the need to graduate from high school even if attending class was forbidden.

Looking back now at those high school days of shame and silence, I am furious. Accompanying those days were years of unnecessary deaths from illegal abortions. The prospect of repeating this destructive and deadly history is truly horrific.

I remember exactly where I was in 1973 when I learned that the U.S.  Supreme Court had handed down Roe v. Wade. I was thousands of miles away from the Midwest. It was my junior year in college studying out of the country. I had just settled into my English literature class at the University of Aberdeen in Scotland, getting ready to take notes on Shakespeare’s history plays or Andrew Marvell’s metaphysical poetry when I heard kids buzzing about how abortion was possible in the States.

It’s bizarrely apt that Marvell’s seductive lines “Had we but world enough and time/ This coyness, lady, were no crime” pop up even now in my head when I think about the moment I learned that abortion in the U.S. was legal.

At that historic moment in 1973, my mind instantly flashed back to my high school days when girls “had to get married.” Especially those cheerleaders. I saw them posing with dazzling smiles in black and white photos on the pages of my high school yearbook, shaking pom poms with exuberant shouts, jumping high with legs impossibly extended for a few quick seconds.

Their bouncing hair looked as cute and wholesome as the shining locks modeled by Breck shampoo girls.

They were among the girls I knew who couldn’t follow the predictable path to high school graduation, as I did and many other friends. Some continued their education but it was suddenly a far more difficult and limiting process than necessary. And it was a path that I absolutely did not want.

In 1973 at the University of Aberdeen, when I first learned about Roe v. Wade, I had no idea how soon my parents’ deep-seated fear would come true. In 1974, I became pregnant. I was not married, not even close.

In the early fall of that year, I was a college grad with a job, living in Boston with a boyfriend in a relationship shaky at best, and making ambitious plans for what I hoped would be my future as a college professor. Checking the calendar, I had a harrowing realization: I had skipped a period. Maybe I was just late. It had happened before. How could I possibly be pregnant? I had an IUD.

Soon after that, there was a day when I experienced an awful surge of nausea at work, where I was a secretary at a large accounting firm. The gurgle in my tummy swiftly became a roar. I thought the other secretaries and accountants could surely hear my exploding stomach as I rushed past their desks, my chunky sandals clacking noisily on wood floors, creating an outlandish disruption in this sedate workplace.

Out of the corner of my eye I saw older women exchange looks. They knew.

As I dashed to a stall in the women’s room, the nasty taste of semi-digested orange juice and toast rose up in my throat and coated my tongue. I leaned over the toilet and heaved, then heaved some more. It had been years since I had thrown up so much. I had forgotten about the sweaty face and palms that happen just before getting sick and the intense relief that follows.

Afterwards I felt relieved but also wobbly and shocked. Could this be morning sickness?

Commuting to work on public transportation from Porter Square through Cambridge, I had often seen a women’s health clinic as we crossed the Charles River. It offered abortion counseling.

At the clinic, a concerned young woman about my age explained that my IUD, a Dalkon Shield, was notoriously ineffective. Women with this IUD were reporting septic infections and pregnancies. This IUD endangered women’s reproductive health. In June 1974, the manufacturer A. H. Robins had taken Dalkon Shields off the market, but the ones that had already been sold, like mine, were not recalled. I would need to have it removed.

We scheduled the removal of my IUD and abortion for the same day. My boyfriend had no interest in being a father. I don’t remember if he accompanied me to the clinic. I saw this as my body, my responsibility to handle.  I seem to remember the fee was $150. Adjusted for inflation today, that would be about $879. I do remember that whatever the exact sum it was something I could afford in a pinch on my modest salary. And it was a simple matter to reach the clinic on public transportation.

Today with Roe v. Wade seriously threatened, I realize I had no idea how fortunate I was at that time.

How fortunate I was to be able to choose not to have a child I was not ready to raise with a man I did not seriously love and with whom I would eventually lose contact.

How fortunate I was that I could later choose when I wanted to become pregnant with my husband when we were both willing and able to start a family.

Today, after 42 years of marriage, my husband and I count our blessings that our children are in their 30s, gainfully employed and have been able to make their own choices about when to start, or not start, a family.

Long ago I shared with my husband and adult children about the choice I made at that Boston clinic. While I can’t imagine that anyone is truly proud to have had an abortion, I am immensely grateful that I could have one that was safe, affordable, and accessible.

That decision saved me from what could have been debilitating injury from my Dalkon Shield. It also paved the way for my decision to become a parent when I was emotionally and financially able to be a devoted and responsible mom.

For decades in this country, no one has had to get married. There were choices.  Now those choices are eroding.

Today when I read the phrase “post-Roe generation,” I shudder. A bitter taste rises in my mouth and it won’t go away. How many girls and young women will have their education and dreams drastically compromised in a post-Roe generation? How many will suffer the torturous, perhaps fatal agonies of back-alley abortions?