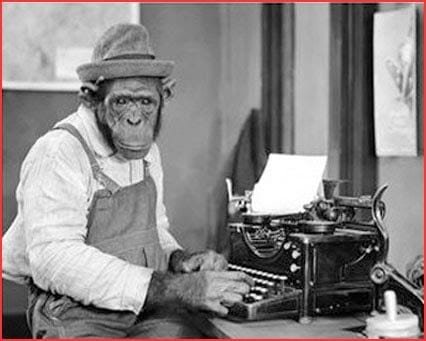 Here are the two most frustrating ironies of a writer in the 21st century: first, more people are reading than ever; second, creative writers are producing quality work like never before.

It might not always feel like it, but with the rise of the digital era people are constantly reading and writing. Conversation as we know it has evolved into an endless stream of texts, tweets, status updates, comments. All day and night, our eyes are reading, our fingers typing. Journalism has evolved into blog posts and Tweets; most of us acquire our information from the digital media. Think back to the ‘90s and ‘80s when we used beepers, spoke on the phone all day, and subscribed to magazines and newspapers. People read.

But are they reading Fiction, Poetry or Creative Nonfiction? McSweeney’s argues the publishing industry is doing better than ever, sales are up, young readership is up, library subscriptions are at an all-time high, but they admittedly emphasize the literary arts are thriving only in the Young Adult genre, and you can also attribute that to the digital age.

From the frontlines of creative writing, it often feels like there are more writers than readers. Are writers preaching to the choir rather than infiltrating the adult masses. Why? Maybe the masses no longer have the attention span or mental interest to enjoy and even understand work that is substantive. Everything’s moving too quick. There are ten thousand streaming outlets vying for hollowed eyes. I know. Don’t underestimate or demean an audience, but neither should one mask the truth — who has time to read an 80,000 word novel in an adult world currently ruled by 140 characters.

Which leads us to the quality of work produced today. Although largely unnoticed and mired in obscurity, there’s a Seven Nation Army of scribes armed with literary gold. Why now? Think about it. Writing as a form of Education, has been commodified by graduate school programs offering MFAs in Creative Writing. According to Poets & Writers, there are currently 218 schools offering MFA’s in Creative Writing. Each year approximately 2,000 writers are unleashed into a cold and hungry literary landscape. That’s 25,000 post-grad creative writers since the dawn of the century. And these people are well-trained. Never in history have so many writers had a nurturing, time-conducive, workshop based network for creative writing to grow, flourish, and shine. It shouldn’t come as a surprise that there is really talented work being produced. The main problem of course is does anyone care?

But writers knew this, no? Creative writers [hopefully] understood that they were entering into a life of constant rejection and stiff competition; no money for a really long time; an arduous and lonely process of creation and revision that never gets easy; a lifestyle where no one cares if they ever write again; a world where everything gets in the way of writing, including those who love and support them the most; plus, the wackiest business on the planet — publishing — gutted by the digital age, where networking appears more important than creating, where writers exhaust themselves promoting work, if lucky enough to find a publisher and agent. Writers understand a minute fraction of adults who read are tuned into the literary arts, yet they carry on. They’ve learned firsthand that “luck” and “who you know” often trump talent and effort, but they carry on. And they comprehend that the literary arts are drawing the small stick in the reading revolution, yet so what. Like Charlton Heston with a shotgun, you can yank the keyboard from their cold, dead hands.