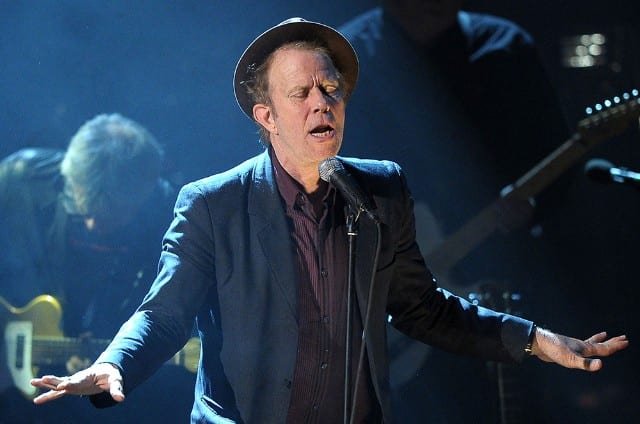 The Ballad of Buster Scruggs, a new western anthology from Joel and Ethan Coen, is a funny, gorgeous, nuanced masterwork for the first hour or so – at which point things fall apart when we get the two final stories, the ones that feel like emaciated novels or, in this case, features.

The first of those last couple stories follows a mannerly romance that blooms along a wagon train while the second one, channeling John Ford but feeling instead like the most tedious bits from The Hateful Eight, takes place entirely in a stagecoach. All dialogue. And both of them are interesting and both of them sport the Coen touch but they both also seem to be trying to lift more weight than they can manage.

The Coen brother’s  movies age in strange ways and there’s no telling if, like The Big Lebowski or Raising Arizona, the quirk of that final chatty story will make it the most memorable of the bunch, the thing people go to again and again on their phones while waiting for a pizza. How any of the stories in Buster Scruggs will stand on their own remains to be seen. Taken as a whole, however, the first four stories are dazzling for their narrative simplicity and, most importantly, for their restraint. They’re quick and pretty and so emotionally resonant that the transition from one story to the next always leaveing the viewer at just the right spot, where you could stand to watch a little more, but you’ve got the picture already. When that momentum’s finally broken with the penultimate story, the movie feels disjointed.

The first chapter is the title story, about a clean-cut little man in a starchy shirt who calls himself Buster Scruggs (Tim Blake Nelson), and it isn’t so much a narrative as a portrait of a guy who goes about in jollity and song, looking for whiskey and poker and friends. He also happens to be a merciless gunslinger, a superhuman marksman. He only kills in self-defense, and those kills are all amusingly gory and absurd and creative. The Coens show their first bit of western homage when Buster leaps onto a bar and rouses the whole saloon into a rendition of “Little Joe,” a version of the drinking song Marlene Dietrich performs in Destry Rides Again, the 1939 western that saved her career and into which she poured one of her most exhaustive and committed performances.

After that we get a short take with James Franco as a bandit whose bank robbery goes awry when he finds himself in a gunfight with an old man, clad in a protective suit of frying pans (one of the most hilariously memorable images in a 2018 movie). The old man knocks him unconscious and sets him on a course for execution – an execution that also goes awry, thereby setting him on a course of redemption, which also goes awry. It’s the quickest story of the bunch, and the lightest. It sets us up for the most upsetting, which comes next. It’s tellingly titled “Meat Ticket” and presents a limbless traveling orator (Harry Melling) who, in the care of Liam Neeson, is perched on a stool before smaller and smaller crowds to recite, with misty-eyed passion old poetry and Bible verse and myth. It’s a story with almost no dialogue at all, except for the works that our hero recites. It communicates remarkable depth of character with just closeups and long shots of an actor’s face. It’s easy to foresee how this third chapter might become a favorite

The best of the bunch is “All Gold Canyon,” starring Tom Waits.

Tom Waits is most famously a genre-transcending musician who, in movies like Seven Psychopaths, Mystery Men and Coffee and Cigarettes, does tend to play bit characters in line with his stage persona: wardrobes assembled from thrift stores, uncombed hair, stubbled cheeks or mustaches, hats from different eras. It’s here, as an aged, jolly, savvy prospector, searching for gold alongside a river, that Waits finds the best role of his career – a role that’s not just great in itself but for which he appears to have been born. He takes what sounds like a simple line of the script and, bellowing it through tearful terrified giggles, turns it into a quote that’ll probably stand among the Coens’ most memorable.

The Ballad of Buster Scruggs is being released directly to Netflix on November 16 along with a brief token theatrical run  which might be for the best. There’s an uncanny valley effect with the CGI in a few places that might look better on the small screen. But otherwise the production is particularly beautiful. Painterly. And as for story, the last couple stories are definitely a slog but they do nothing to tarnish the brilliance of the first four.