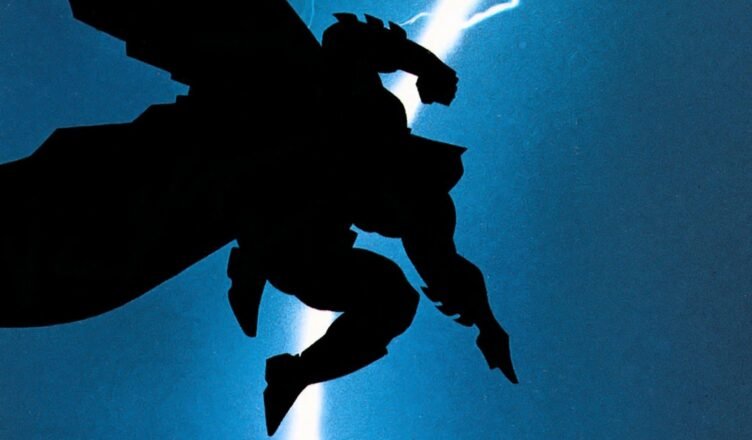 I’m back in a movie theater for the first time in two years and not particularly excited. The theatrical experience has lost its luster. The lights dim and as the studio logos flash on the screen, somebody behind me yells, “Is this gonna be on HBO Max?” (there’s only about 15 people in the theater, all of us press/critics that know one another to a certain extent, so this isn’t as rude as it might seem). The critic behind me was referencing Warner Bros.’ decision last year to release their 2021 slate of movies in theaters and on their streaming service at the same time. Somebody closer to the front yells back, “No,” and adds dramatically, “…thank God!”

We’re all here to watch The Batman, the latest filmic incarnation of the famed DC comics superhero, which happens to also be a Warner Bros. release. As the nearly three-hour movie plodded along, not in a rush to get to anything terribly interesting, I began squirming in my uncomfortable, dilapidated chair (eww, what exactly is that brown stain on the armrest?!), and I came to an ironic conclusion: Despite the dramatic protestations of my fellow critic, The Batman, in its slothlike indifference to pacing, would play infinitely better in the comforts of home on HBO Max.

Yep, The Batman is a butt numbing two hours and forty-five minutes long without credits.

Now, euphemistic as it may sound, long doesn’t mean bad. Nor does long even mean long necessarily. I’ve seen lengthy movies that flew by like nobody’s business. This movie is not one of those movies. Trying to ape a film noir aesthetic, The Batman lands on the wrong side of oppressive. Michael Giacchino’s incessant and dramatic score, laden with mournful strings, only adds to the sepulchral atmosphere. Very little, if any, humor is allowed to pierce the gloom. I admired the dedication to the bit, but it’s too much.

Actually, the pace works for the first hour or so. As you’re getting used to this latest take on the material, the new actors playing familiar roles, and how Gotham looks in this iteration, you’re glad to have the time to take it all in. Also, and I’m not going to go in to too much plot detail, but as revealed in the trailer, the Riddler is involved, which means there is a central mystery that needs to be solved. And it does intrigue. At first. Batman gets to be an actual detective (for the first time on film?) and detect. Though there’s no real sense of how he’s coming to his conclusions. He just figures stuff out.  As he makes connections from the clues, he meets a nigh unrecognizable Colin Farrell chewing scenery as the Penguin and a lively, lithe Zoe Kravitz as Catwoman, who at least brings a faint spark to the proceedings.

But as the mystery unfolded, my interest retreated. The reveals are boilerplate and the Riddler’s riddles don’t exactly riddle. Are they confusing? Yes. Are they diabolically clever? Not really. They’ve got a dash of Jigsaw from the Saw franchise here and there, downgraded to a PG-13 of course, but even that’s mostly forgotten half-way through, replaced with insufferably long videos of Riddler looking like the gimp from Pulp Fiction, screaming through his camera phone…which is in always vertical mode for some reason. If the Riddler is oh so clever, can’t he figure out landscape mode?

The production design and cinematography could best be described as ersatz Seven or Dark City light. There’s so much rain in this movie, my fingers started getting pruney by the third act. But if you’re going to be influenced by a couple of movies, that’s two good ones to emulate. My screening was in a tiny theater with a diminutive screen, so I’m guessing here more than speaking with authority, but through the haze of the underprojected image, the movie, whatever it’s influences may be, seemed to have an enveloping gothic atmosphere of decay and disrepair, which ties nicely into the story. Although, does every Batman movie have to feature a Gotham that’s about to tear itself apart?

Well, yeah, I guess it does. If Gotham were a utopia, it wouldn’t have a need for a Batman, right? But still, maybe we’re getting too many of these movies when all they can do is tread such familiar ground?

For all the familiar territory that’s trodden, The Batman does have some fresh ideas.

I don’t know if director Matt Reeves was emboldened by The Mandalorian and its titular hero who rarely takes off his helmet, but Bruce Wayne/Batman is in costume for about 95% of the movie. Rather than hide in the shadows and theatrically instill fear through intimidation like previous iterations of the character, this Batman often walks into bright areas, around a bunch of people, out in the open. It shouldn’t work, but somehow Reeves and Robert Pattinson, who stars as (the) Batman, avoid making him look as ludicrous as he should outside of the shadows.

Speaking of Pattinson, a friend/colleague complained that Pattinson’s take on Bruce Wayne, the hero sans costume, was the worst portrayal he’s seen of the character yet. I don’t know about that. For one, there’s so little Bruce Wayne, that it’s hard to make that call definitively, but also, and what I thought was a nice touch, Pattinson’s Wayne, at this point early in his vigilante career, is so closed off and introverted that he’s clearly uncomfortable in his skin without a mask to cover it, speaking only in a whisper, hands in his pockets, perennially hunched over, steeling himself against the harsh world. I don’t think we’ve seen such a pained version of this hero before. He’s miles away from the billionaire playboy were used to seeing, and it works. And yes, with his perfectly coiffed hair that falls over his eyes just so, the slow delivery of his lines like every word is a needle piercing his skin, and, of course, the smudged coal eye shadow that doesn’t magically disappear when he takes off his mask, Pattinson’s Bruce Wayne does cut a very emo figure. But, c’mon, it’s not that weird. Batman and emo are not mutually exclusive.

Still, the movie drags. Each scene takes longer to get to its point than it should. Rather than giving drama a chance to breathe, the length just becomes stifling. I thought the movie was finishing up, only to realize the third act fireworks were just setting up, and I still had to sit through another interminable video of the Riddler yelling (and still in vertical mode!) before the chess pieces finally moved into place. When things started to finally go BOOM it just needed to be over already…