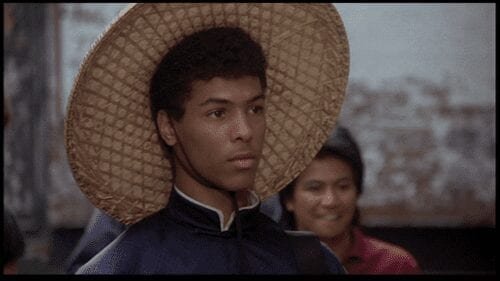 The Black Lounge Film Series is continuing to make history in Miami’s Overtown. The monthly film showcase brings award-winning Black films and its directors and / or actors to town for a screening and Q & A. This month’s feature is called Woodpeckers.

Woodpeckers is a fascinating and unique love story, filmed in the Dominican Republic.

As Dominican-Haitian, Julián (actor Jean Jean) navigates his way through the violence of his jail sentence, he becomes a messenger for a notorious murderer. In the process, he learns the system of “woodpecking,” the unique sign language used to communicate with women in the adjacent penitentiary 400 feet away.

Julián’s entanglement with one female inmate, Yanelly (actress Judith Rodríguez), is the fuse that ignites a tumultuous love affair. The movie was actually shot on location just outside Santo Domingo at a prison using real inmates for all but the lead roles.

Woodpeckers will be shown Friday, June 15th, at the Overtown Performance Art Center at 7pm. It will feature a Q & A with lead actress Judith Rodriquez. Click here for details and tickets.

THE SHOGUN OF OVERTOWN

In the spirit of providing free programming to the Overtown community, the Black Lounge Film Series will be showing a screening of The Last Dragon, one of the most cultist and iconic movies of the 1980’s. If you haven’t seen this classic, it’s a must. If you have seen it, come out and watch Bruce Leroy kick ass once again. Sho’nuff.

To the beat of the rhythm of the night, dance until the morning light.
Forget about the worries on your mind, you can leave them all behind.