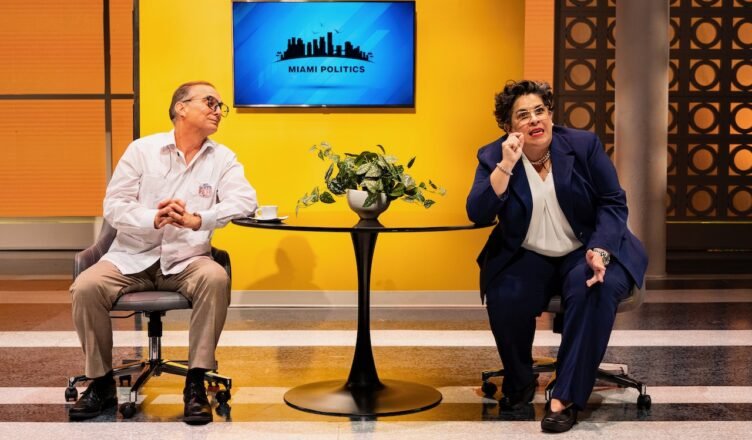 If familiar with Miami politics, you will find this endearing romantic comedy a spot-on, absolutely delightful spoof of modern Miami politics.

If not tuned into Miami civics, you will still laugh out loud.

Playwright Carmen Pelaez delivers her audience a timely, hilarious, treasure with The Cuban Vote, now playing at the Colony Theater until May 15th.

Without spoiling too much of the play, Carolina Clarens (Carmen Pelaez) is running for mayor of Miami-Dade County. She’s progressive, articulate, detailed, intelligent, sensical, and the daughter of an ex-popular mayor. Albeit, she could be angry at times, some may say shrewish, she’s authentic. There’s just one problem. Her likeability. No one in Miami likes her, not that she cares.

Mesa enlists the help of his tech buddy, financier, and the founder of Bro-coin, (lol) Benji Carbonell (Kristian Bikic). They concoct a nutty plan to turn a drunken nobody, Gilberto Ruiz (Jonathan Nichols-Navarro) into a political shill to run against Clarens, thus ensuring a victory for their lady, whose sister Blanca (Marcela Paguaga) is also Benji’s girlfriend and fiancé.

There’s so much more that we won’t spoil. But, we will say that Nichols-Navarro and the Gilberto Ruiz character absolutely steal the show.

The Cuban Vote is a sharp, witty, fast-paced rampage of hyper-localized, very relevant material. It is time sensitive and filled with the background noise of our Miami-times, a landscape littered with influencers, techies, dopey donors and developers, life-coach consultants and Only-In Dade stoners.

Seldom does a local play so adequately satire our wonderful community without sliding into the absurd. The Cuban Vote, at its peak, is a joyous self-exploration, a mirror for us Miamians to look at ourselves, perhaps from a fresh vantage point.

And finally, and perhaps best of all, The Cuban Vote is a spot-on adaptation of Shakespeare’s The Taming of the Shrew. It’s all there.

Misfits tricking a drunk into thinking he’s a nobleman. Two sisters being courted, one headstrong, the other more of a follower of the norms.

The play is not perfect. However, it’s really good. There are some chemistry issues between the actors, but The Cuban Vote is not a love story. It’s a political satire. And as a political satire, this play is an absolute must see home-run. 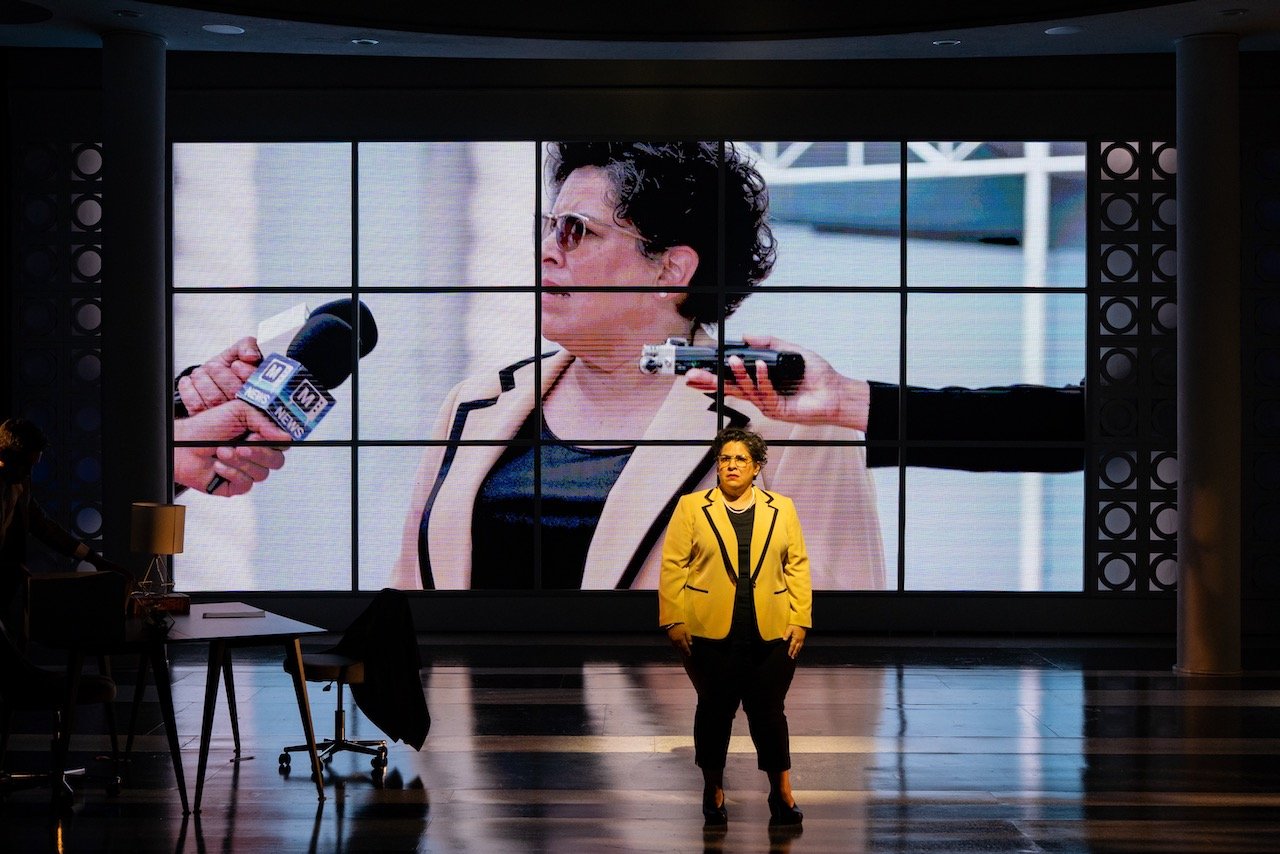 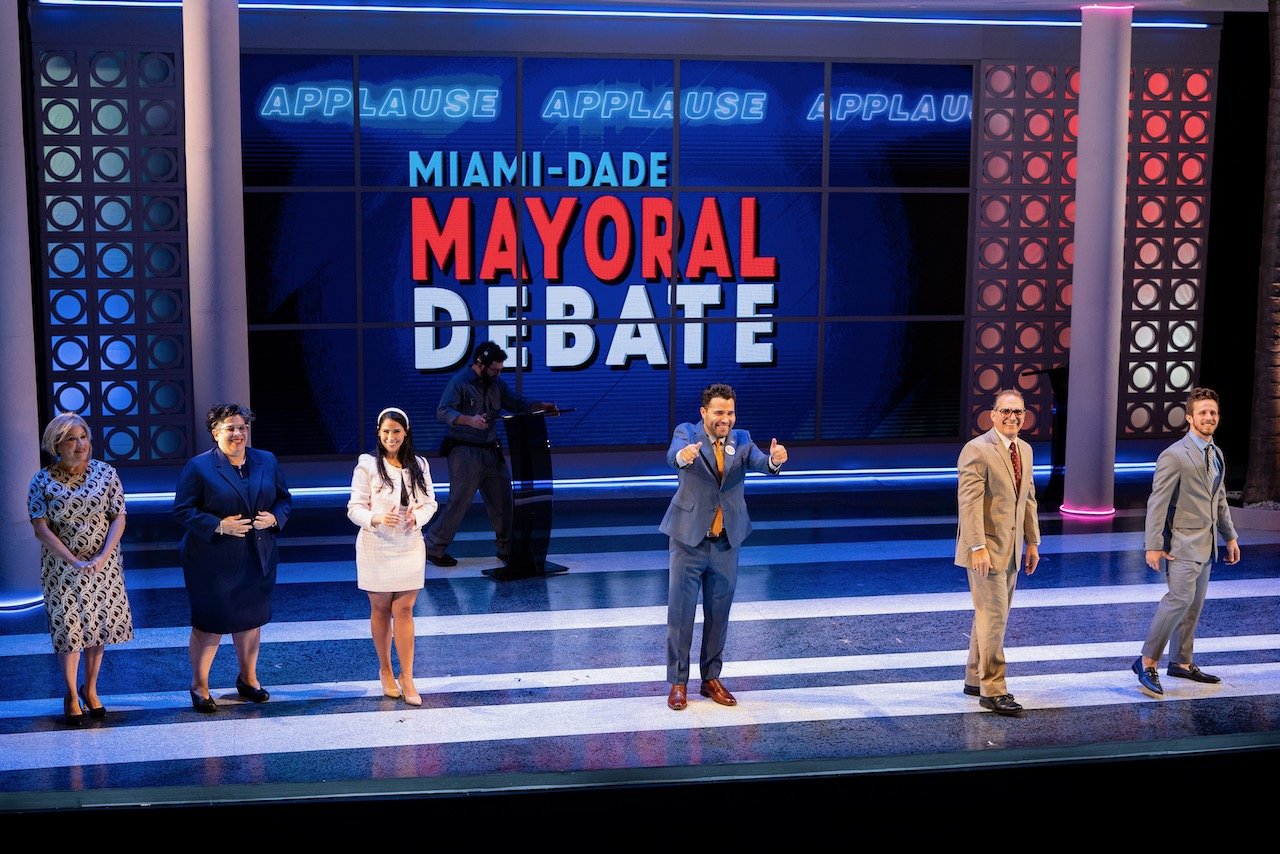 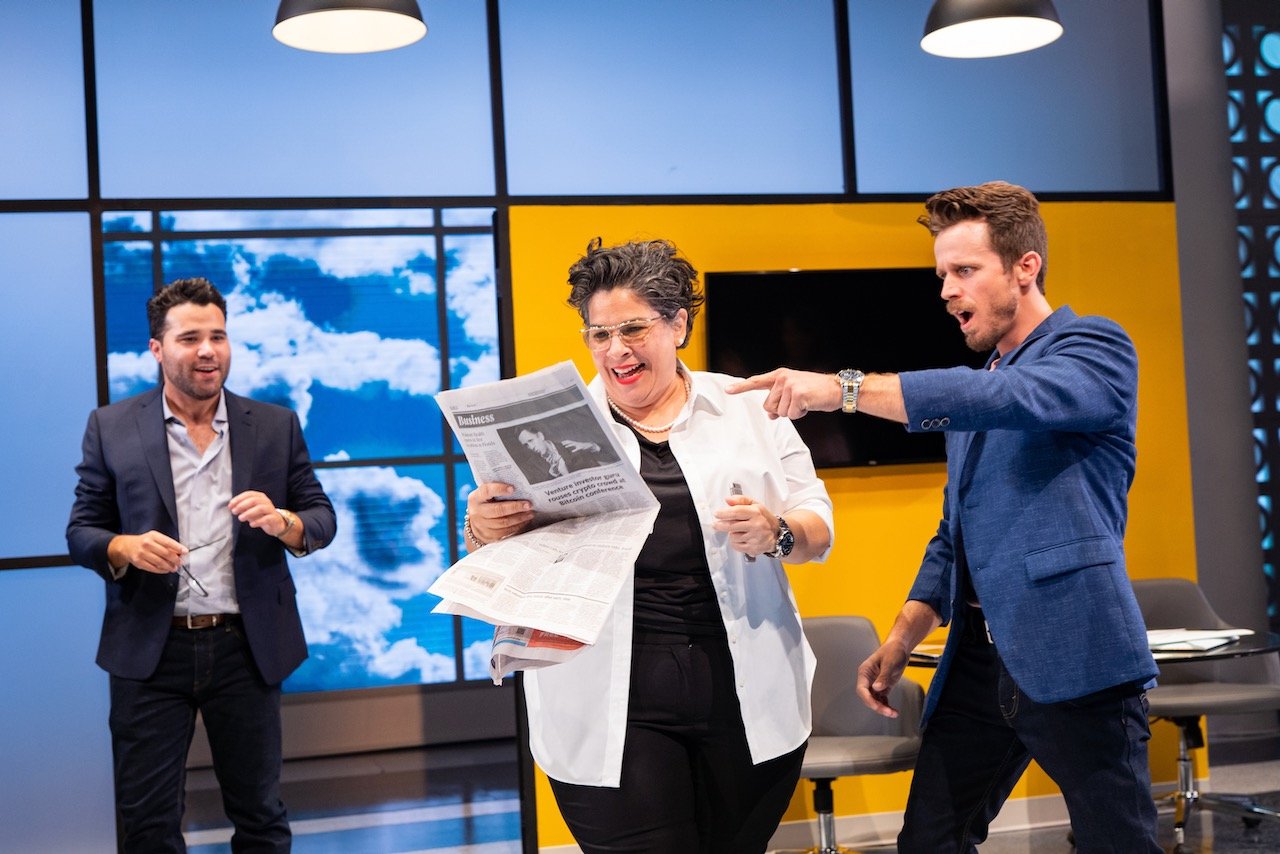