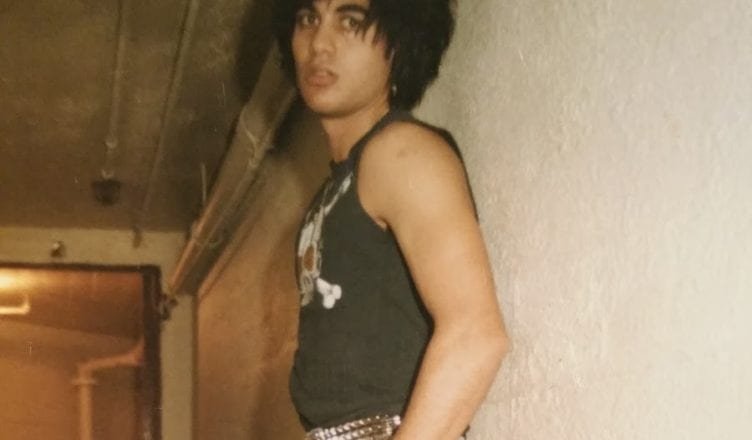 While Miami in the ’80’s has been glamorized in everything from Miami Vice to Scarface, they never showed the music scene. Joey Wrecked’s new memoir The Drummer of Miami Beach gives you an inside look at the punk rock subculture in Miami and (also New York) in the early ’80’s. It’s the true life tale of a rock n’ roll journeyman and the kind of book you’d better have access to Spotify or YouTube handy while you read it. Listen to all the bands he mentions as you go through the early parts of his life.

The Drummer of Miami Beach

The drummer of The Reactions, The Spinouts, Battalion of Saints, and Circus of Power hopped aboard The Jitney and took a trip down a musical memory lane on this podcast.

On being a teenage Miami rock star:

“I was 17. Supposed to graduate from Miami Beach High in 1980. We’d draw a thousand people. Miami for local music still sucks, but back then that number was unheard of. We broke up in Spring of 1981 in a blitzkrieg of intensity. It was the frustrating journey that did not lead  to a record deal. We went from thinking we’d be on the cover of Tiger Beat to having the rug pulled out from us.”

On the dangers of the early ’80’s New York CBGB music scene:

“There were hundreds of kids. That became the birthplace of American hardcore. It was insane. Deadly. You walked two blocks east of the Bowery you’d get knifed.”

Listen to our podcast to hear more about Joey’s escapades, in a bygone era. And read his book, The Drummer of Miami Beach.

And join Joey at 7 pm, Saturday, October 27 at Books & Books in Coral Gables for the official launch party of The Drummer of Miami Beach.