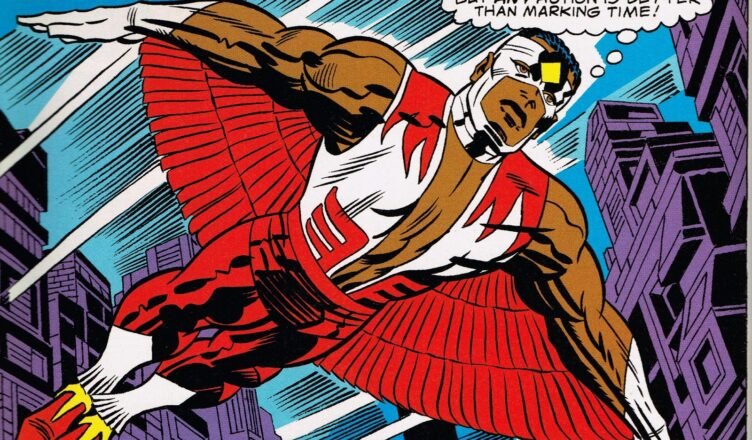 Initially, I’d been looking forward to this one more than WandaVision, the first Marvel Universe TV show to premiere on Disney+. That is, of course, until I watched Wanda and got caught up in its quirky and unexpectedly sobering drama. I didn’t know what to expect with Wanda and I ended up loving the mystery as it unfolded over nine episodes. With Falcon, I had a clearer understanding of what to expect. Like its title, it seemed far more conventional and straightforward, meat and potatoes. This is a superhero show.

The first episode didn’t dissuade me from this notion. Good thing I like meat and potatoes. Unlike Wanda, The Falcon and the Winter Soldier really does feel like a Marvel movie simply expanded over a longer running time. Any questions about budget and spectacle due to its tv show status are quickly waylaid by its opening action sequence, a breathless aerial assault that keeps going and going, getting more and more absurd and fun as it goes along, easily standing up to the impressive action from its theatrical counterparts.

But just because it’s meat and potatoes doesn’t mean I was left without questions by the end of the episode. Not so much story-wise, it does end on a good stinger, but nothing really WTF happens in the first episode. Mostly I’m left with a curiosity about what the episodic structure will be from here on out. Will every episode feature one grand action sequence, like Disney+’s Star Wars show, The Mandalorian, which mimicked the breathless action of old sci-fi serials, or will this be more like tv shows on other streaming networks with majorly delayed gratification?

I also wonder if The Falcon and The Winter Soldier episode lengths will be consistent.

Will they, like some other shows, try to sneak in a couple of 20-minute-ers to pad this to a series? The first episode is 47 minutes with the last four devoted to its fancy credits, which, while my screener did not include an extra scene, are still worth sitting through if only for Henry Jackman’s propulsive score, but more so for the hints of things to come. Watch the graphics closely as they elegantly slide by.

Story-wise, it’s definitely excitement followed mostly by chill. That grand opening I mentioned abuts a lot of catching and setting up. Just about what you would expect from a premier episode. Hints of the big bad are interspersed, but mostly we spend time with the titular duo, Sam Wilson (Anthony Mackie) and Bucky Barnes (Sebastian Stan), getting to know them better as they deal, separately, with the fallout of the massive events of Avengers: Endgame.

We get to meet Sam’s extended family in Louisiana, which promises to explore real world dramatic fare we all have some familiarity with, sibling rivalry, family dynamics, and money problems. Bucky, meanwhile, is on a Bourne Supremacy-esque quest to face his past and make amends for his violent actions as the brainwashed assassin, the Winter Soldier. The fact that we have the time to explore these characters away from the action might be the best reason this story will be told in the longer format of a tv show.

It doesn’t hurt either that both Mackie and Stan seem to relish the chance to play these characters again. They’re clearly having fun.

But it still feels so much like a movie that by the end of the first episode, you might be a little more frustrated than usual that the credits are coming up already. It’s less that delicious itch you can’t scratch mystery component of WandaVision, where half the fun was coming up with theories for what was happening and pontificating on why it was happening between episodes, and more of a feeling that just as the momentum gets going, we’re going to have to wait another week to see some more, a more that if we were watching a movie would be supplied immediately. Of course, this will all be moot once all the episodes are released and can be binged in one sitting.

Overall, though, this is a promising start to what could be fun adventure. If anything, after a year without a Marvel release in theaters, it’s just nice to move the story of that universe forward again. Questions remain about the show’s format and how it will develop, but right now I’m looking forward to the answers.