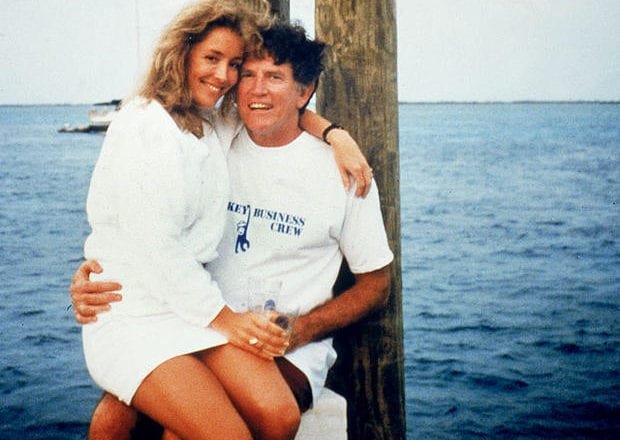 The Front Runner isn’t made for the modern day news junkie. Maybe the NPR addict, but if you like the fast cuts, loud sound effects and  obnoxious punditry of CNN, MSNBC, or FOX News this new flick might not be your cup of tea.

The Front Runner is a more subtle affair.

It is based on the true story of when 1988 presidential candidate Gary Hart got busted by the media for having a tryst with ex-model Donna Rice.

Even though the movie takes place in the ’80’s, it has more in common with ’70’s cinema. There’s no musical cues from the Miami Vice era. Director Jason Reitman wears his Robert Altman influences on the sleeve of every chatty, breezy scene . Hearkening the loosest of Altman’s movies like Nashville if you don’t know the in’s and out’s of Gary Hart’s real life history going into the theater, The Front Runner won’t hold you by your hand like much of modern cinema does. You’re going to have to be patient and watch the story unfold in front of you.

If like me you only knew Hugh Jackman as Wolverine, you might find yourself surprised by his low-key performance. Although his Gary Hart finds himself in a beserker rage mode  whenever his integrity or right to privacy is challenged, in this movie Jackman portrays a real life politician as convincingly as he does a comic book super-hero.

The one flaw in this otherwise finely crafted movie is it tries to hammer you over the head that the mainstream press crossing the tabloid line to report on Gary Hart’s affair was a direct thoroughfare to the Trump presidency. The Front Runner believes if the press is going to put more of a focus on a politician’s personal life than the candidate’s opinions on  issues, only narcissists will run for office, and we will lose out on serious minded people like Gary Hart.

But the message I got from Gary Hart’s story is that if he just had the gumption to stare at the camera and lie about his sex life, he could have been Bill Clinton four years before Bill Clinton was Bill Clinton.