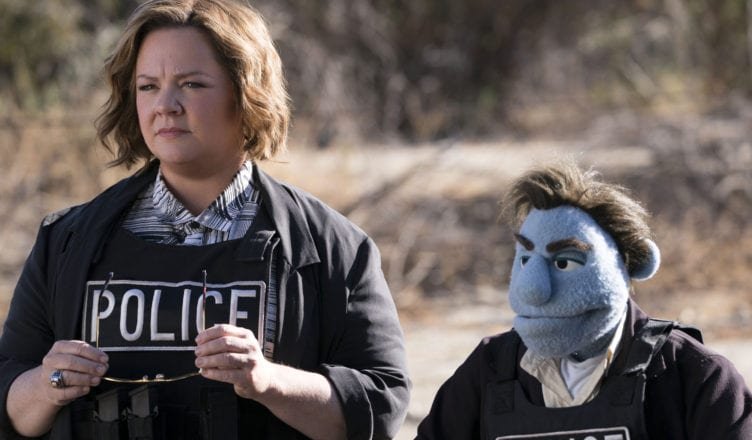 The Happytime Murders is basically “Who Framed Roger Rabbit” with puppets …and a hard R-rating. Using elements of children’s television to make a vulgar comedy, this movie should have cult hit written all over it, a “Meet the Feebles” for a new generation. But that’s not going to happen as “Murders” is overstuffed with reheated jokes dragged by a weak, uninteresting plot.

The story kicks off with P.I. Phil Phillips (ably voiced with grizzled, tough guy charisma by Bill Barretta), a disgraced, former (and first puppet) cop, visited by, what else? A femme fatale, puppet. Sandra White (voiced by Dorien Davies) is being blackmailed. If she doesn’t pay up, her secret sexual proclivities will be revealed. Phil follows clues to find the extortionist, but his investigation instead crisscrosses with the serial killings of puppet actors from former hit show, “The Happytime Gang,” a show his brother, Larry (voice of Victor Yerrid), was also on.

With the two cases somehow connected, Phil is forced to team with his former partner, Detective Connie Edwards (Melissa McCarthy, doing her usual shtick that hasn’t been particularly funny since “Bridesmaids”). The two had a falling out after a tragic event a decade prior, which the movie reveals clumsily with Phil drunkenly going through old newspaper clippings he keeps in his desk reporting on his fall from grace. Would anybody actually keep such clippings?

As the estranged partners continue their investigation, more puppets are offed in often gruesome (and yeah, kinda funny) fashion. With Phil eventually becoming the prime suspect–he’s always on the scene of these killings–he and Connie have to set their differences aside to prove his innocence and unmask the killer, while chased by the FBI, embodied here by Agent Campbell (a completely wasted Joel McHale).

The movie is directed by Brian Henson, who has toiled amiably at continuing his father’s (Jim Henson, creator of “The Muppet Show”) legacy, but somehow has never shown the same inventiveness. And that continues here. True, a lot of different puppets show up in the movie (I liked the bulldog with permanent, glistening drool around his snout), but the movie never properly showcases the spectacle of a world where puppets and humans live together. There are some neat shots of full bodied puppets walking down the street, and there are always a few puppet extras milling in the background, but it all feels just good enough. 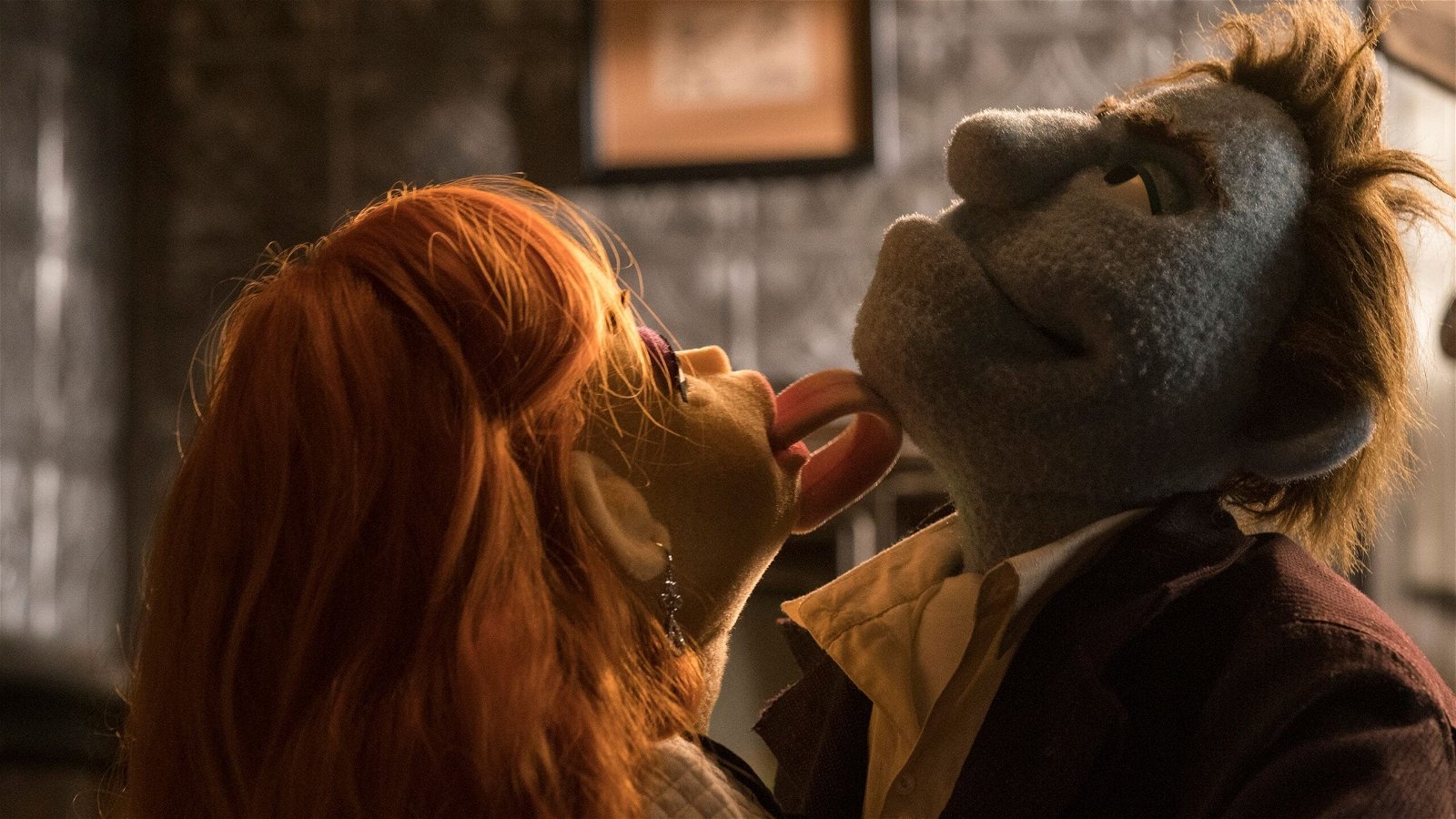 And that aesthetic extends to the film’s visuals. It’s a drab looking movie, which is especially shameful when considering what it’s trying to emulate. It’s a take-off of film noir detective stories, complete with hard-boiled narration, the aforementioned femme fatale, and scuzzy settings, like an adult video store visited early on in which Phil stumbles onto a hilariously disturbing porn shoot involving an octopus, a cow, and, um, milking (one of the film’s more inventive scenarios, of which it doesn’t have nearly enough). With those elements in play, you’d think the movie would be presented in the bold manner of classic film noir: harsh lighting, cutting shadows, wet, reflective streets, etc. Instead we get shadow-less, digital cinematography, filmed in broad daylight in dry L.A. streets (I know there’s a drought, but come on).

But these are disappointments, not deal breakers. If this comedy had been funny, I wouldn’t care that much. But once the initial shock of a swearing puppet wears off, most of the jokes just don’t land. Worse, many aren’t even original. Early in the film, a joke is ripped almost verbatim from a skit off of Wu-Tang Clan’s “Enter the Wu-Tang” album. Another running gag is lifted from a “Wayne’s World” sketch, a lame joke my friends and I tittered at back in middle school.

There is, at least, some intriguing world building. The puppets are treated like secondary citizens, with the human population openly racist towards them. Sadly, it’s a provocative detail the movie doesn’t do anything with, hushing it away by the end. And there’s a funny bit about Connie having a puppet liver transplant, making her susceptible to sugar, the puppet version of hard drugs. But after seeing them stabbed, shot, and dismembered, with only fluff spilling out, this just begs the question, how do these puppets have internal organs?

I’m probably overthinking it. In the end, I appreciated what Henson and co. were trying to do. But The Happytime Murders is a wasted opportunity, an intriguing premise squandered on weak comedy and plot. The end credits feature a painful sing-along to Bow Wow Wow’s “I Want Candy” (get it, ‘cause they’re addicted to sugar?) that also offers behind-the-scenes footage of how the puppets were brought to life on set. Those glimpses were more interesting than the movie.

This article was written by Pavel Klein, movie critic for the Miami-based Punch Drunk Movies, and, of course, the Jitney. You can also check out his blog of filmic musings at Write Pavel Write.