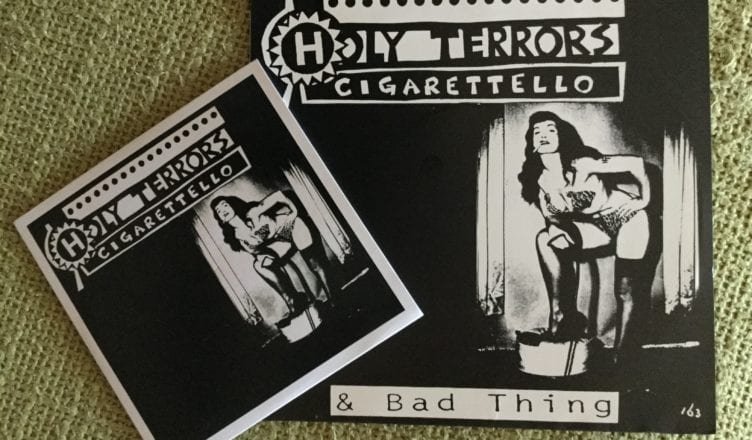 What do you do when you are asked to relive your past? The beauty and horror of recorded music is that you capture a point and time that will never be let go. Back in the day you booked a studio, you laid down tracks on some tape, taped over your mistakes, used what you thought was best and set that reel of tape away somewhere to collect dust. Today it is so different, but that was yesterday.

When Rich Ulloa resurrected his Y&T Music label, one of his requests was to re-release The Holy Terrors’ second single “Cigarettello/Bad Thing” on CD. Yes that is correct, on compact disc?!?! I must admit I understand this since it was actually originally released on vinyl back in 1992 and the 7-inch single party was at Yesterday and Today, Rich’s record store at the time. It deserves its digital existence. When asked, head Holy Terror, Rob “the Godfather of Miami Punk Rock” Elba, figured he would dig around and see if he could come up with something that would make this all a bit more special.

The Holy Terrors were one of my favorite bands of the 1990’s and possibly one of the best South Florida has ever had bubbled up from it’s oolite. The band’s original line-up was Rob Elba, Dan Hosker, Frank Labrador, and Sam Fogarino. They released a single prior to “Cigarettello” with this line-up as well.

When Rob discovered a 1-inch reel of tape, he knew he may have some music to unearth to contribute to this project. That meant it was time to ring up the cantankerously lovable Rat Bastard to bake, transfer and remix whatever tracks were not used. This involved getting a 1-inch tape machine back in shape thanks to Omar Garcia (of Browner Sound) and Rob spending endless hours with Rat telling him how much the vocals sucked. What they discovered were two tracks; “She Was On Fire” (a leftover from Rob and Dan’s previous band and the first song Sammy learned of theirs), and an instrumental called “Tubular Hells” (how bad could Rob’s vocals be on an instrumental Rat?).

To Rat’s credit, he recorded all these original tracks at Sync Studios back when it was on Biscayne Blvd. around 79th Street. He was a big influence on the Terrors both in insult and experience in the studio. The single’s songs have been transferred here from the original masters but Rat had to remix the two bonus tracks.

The finished product is amazing.

You would never know these songs are recorded at different sessions or a different year. There is no getting away from the sound of Sammy’s snare and the power of his sledgehammer drumming coming from his 125 lbs-or-so, soaking wet frame. Rob’s ever so “Squeezing Out Sparks” delivery, Frank’s thunderous melodic bass, and Hosker already owning his unique guitar style are all apparent here too.

I ended up bumping into these guys about a year later when they were recording their full length, Lolitaville after Sync Studios moved to Miami Beach, back when you could bowl down Lincoln Road and only hit a tumbleweed. The band I was in was sharing studio time. They all became great friends of mine, Dan a neighbor and brother in music. Their new bass player at the time, Will Trev, a friend true and through. To his amazement, I would run into Sammy a few years later when he moved to NYC at the short-lived Coney Island High on St. Marks. Rob I had known since middle school and wandering in Record Haven where I worked as a teenager. Frank grew up to be a well respected father and an accountant, leaving rock and roll behind.

Come out and celebrate the CD/EP release at Sweat Records at 5505 NE 2nd Avenue in Little Haiti on Thursday night May 9 at 7 p.m. with Humbert, Brady Newbill, Turtle Grenade, Rachel Angel and Rat Bastard doing their interpretation of this Florida “classic.” 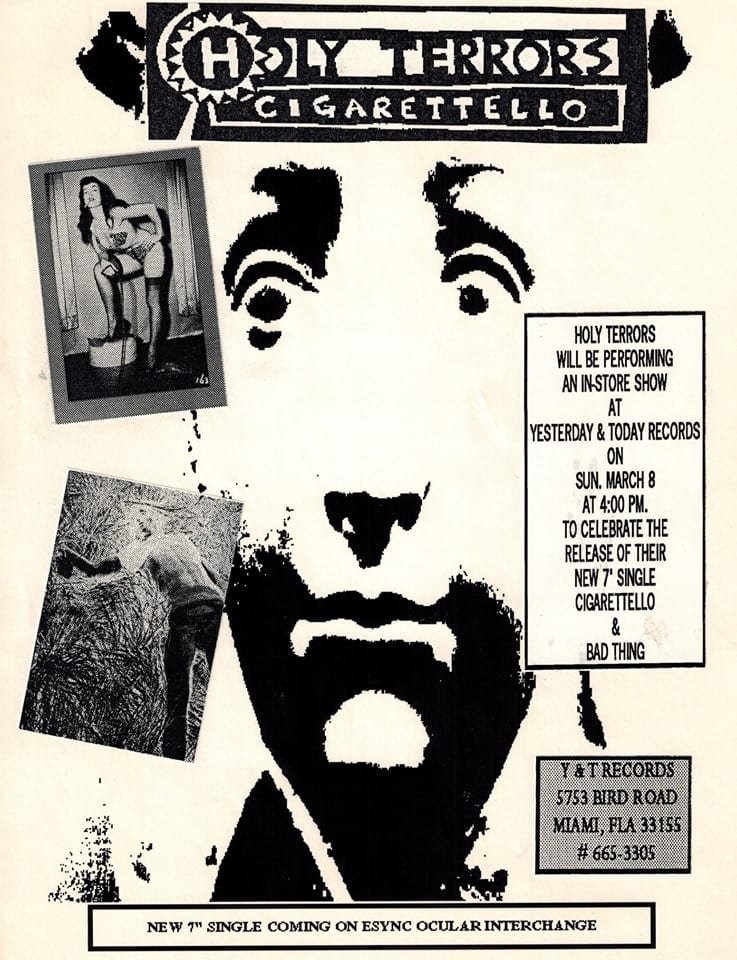