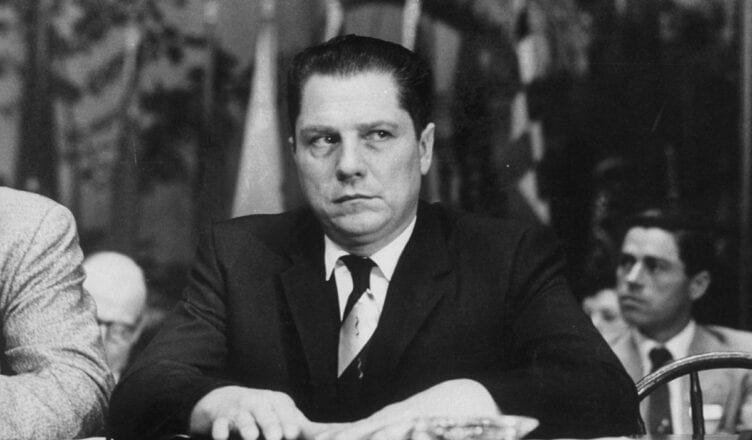 The Irishman probably isn’t the greatest gangster movie of all time. It probably isn’t Martin Scorsese’s best film. Robert De Niro and Joe Pesci and Al Pacino have maybe done better work. The turnout and reception will probably never quite be what the team’s collective clout would warrant. And it’s likely that, just as it’s gone for most of Scorsese’s career, the Academy will ignore it.

It’s a complicated movie, eluding summation, but it’s a masterpiece. It’s brutally violent and punishingly sad and sincere and gorgeous and it’s one of the most powerful movies of the year.

The Irishman has been fermenting for about a decade. Since Robert De Niro first read the book on which it’s based in 2006—and it’s been shaped along the way by a team of venerated, decorated, fifty-year Hollywood veterans (Scorsese, Pacino, and De Niro in particular) who’ve brought to the project something greater than the sum of their talents. The Irishman, though enriched by the photography, outstanding performance,s propulsive pacing and remarkable CGI, is defined, more than anything, by a gloss of mortality, of reflection, remorse.

As a result of this, and by extension of Buffalino’s connections, the formidable 6’4” Sheerhan is referred into the employ of Jimmy Hoffa (Al Pacino), president of a truck drivers’ union, for whom Sheerhan will work as…security? Consigliere?

He’s hired to be a big violent man with a gun. To be around.

The Irishman is a gripping crime epic with the thematic grandeur of a Greek tragedy, but it works without pretension, without ever making its characters into more than men (to the contrary, it humanizes legends). An unignorable factor in the movie’s effectiveness is that it stars a buncha men who, near the end of their monumental careers, are coming together to tell a story that isn’t quite about mortality. It’s about something both subtler than death and, for some people, worse. It isn’t pain, decrepitude, failure.

The Irishman is about losing everything you worked for.

Slowly, generically. The quiet drift into obsolescence that even great men have to contend with. Presidents, mobsters—Hollywood heavyweights.

It is three and a half hours long, and it’s easy to anticipate one of the major complaints we’ll be hearing when it hits Netflix on Thanksgiving weekend: the movie ends thirty minutes before credits roll.

The characters all fall aside to their respective fates until we’re alone again, just as we were in the beginning, with Sheerhan. An octogenarian now. Estranged from his family. Friendly and quiet and lame in a nursing home. Bound to his wheelchair. With his photographs.

The movie is overlong in the way that, for men leading lives of so much pitch and moment, life itself is overlong. They see themselves fall into irrelevance. All of that bloodshed and bluster of their younger years, all of that clout and money, the political influence: what does it amount to after a stroke? What does it amount to when you’re toothless, a paraplegic, ignored by your children, your friends and colleagues and relatives dying off until there’s nobody left who remembers how much you mattered?

There’s also a quick and wonderful set piece in Miami,

with exteriors that appear to be touched up with CGI so that, as with the actors’ faces, some of its earlier beauty might come to life for a bit. Remarks are made about the terrible traffic, about the heat, but otherwise Miami’s made to look very much like the paradise that Hollywood and television have always imagined. Which is a little frustrating, and might take you out of it.

What’ll add an amusing meta-ness for Miamians, though, is that, apart from this Miami moment being one of the most quietly suspenseful and well-crafted scenes in the movie, it’s also one of Pacino’s best. He steals it. Goes from a low grumbling frustration to explosive rage. And, with the pastel colors and the big lapels and the chunky neckties, it’s reminiscent of that other Miami movie Pacino starred in, the one that almost isn’t a movie anymore but an antique. There’s nothing profound about Pacino having a great scene set in Miami, but there is something odd and nostalgic about seeing Tony Montana thirty years later, that same energy.

But anyway. That’s just us. Big picture-wise: The Irishman is so poignant and beautifully realized, so confrontation, it almost feels, in its final moments, like a challenge to the audience. It’s a brave and powerful movie. Scorsese by way of Ozu. Pensive and complex. You’ll have to watch it a few times. Probably over several years.

It feels, in a perfect way, like a movie to grow old with.