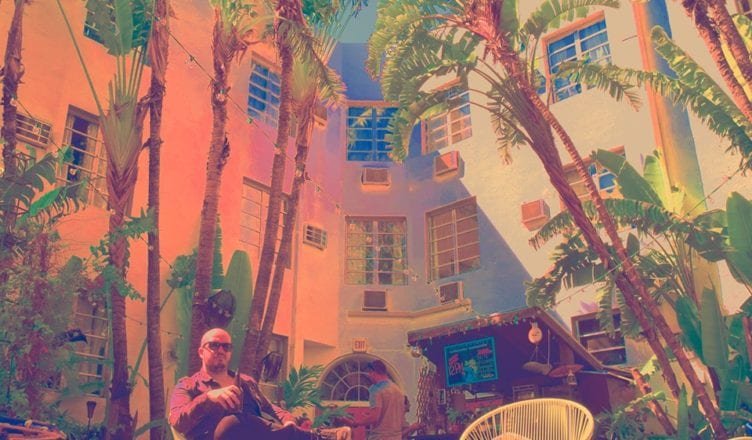 I love listening to new music. It’s fascinating and daunting -there’s an endless ocean of songs, melodies and lyrics to drown in day in and out.

Each week at Jitney we compile ten songs that we think are worth checking out with a few thoughts on the songs and writers. We’re open to most genres with a sweet spot for Miami and South Florida bands. Most tracks are a few weeks within release date but don’t hold it against me if I throw something a bit older for a well rounded playlist.

Would you like to send your song as a submission? Send an email with a Soundcloud link to hello@publicworksmedia.com for consideration.

Check out Jitney’s Mixtape filled with summer jams. All these songs are newly released, independent and gigging near you! Please support these artists!

I’ll take whatever they are ordering, make that two. Reverb and synth-dream like songs make me a bit weak in the knees, that and keeping it simple pretty much does it for me. That chorus though: “I wish I didn’t know you anymore… I think I was better off before.. ” -really concise and well said, these lyrics just kill me. High fives in rapid succession. https://soundcloud.com/cleopatra-recs

This man has jams upon jams and here is just one example of his keen sense of production and melody genius. Kris Alvarez is from Miami, Florida and he is killing drum machines and synthesizers for breakfast. He is the artist pictured above, https://soundcloud.com/1stwrldmusic

I’m pretty partial to duets. This is a modern version which I’m vibing to but they make it easy with hot beats, fat bass and catchy melodies. I could do without the samples of the sports broadcaster but it’s not gonna rain on my parade. Tayja is an LA duet, do yourself and check them out. https://soundcloud.com/3545

There’s a very worn and weathered feeling here that fits like an old t-shirt, the one you like to sleep in. Not sure about E.L. Davis’ career but I would say it’s not his first rodeo. This is sincere and heartfelt, not easy to come by. https://soundcloud.com/user-811802971

Well if you have those old school drum machine beats I’m gonna listen. I can’t help but love that style. This song gets a little dark, but the melody is so sweet that it makes up for putting your mortality all up in your face. I mean I think about dying all the time but most people are walking around like a-holes doing sh-tty things everyday because they can. Maybe if they were reminded on a daily basis they were gonna die they wouldn’t be so many a-holes out there, so for that I thank you Peter Mol, go get ‘em!! He’s from Canada y’all. https://soundcloud.com/thepetermol

Good title to this track. This song transcends you from whatever mood you were in, so I’d say that “Bliss Machine” is not just a descriptive but an efficient song title. Don’t get me wrong it gets moody, but you’re already lifted and there’s nowhere to go but up, just let go. Raise the roof this is a Miami production.https://soundcloud.com/mangohillrecordsmiami

This band is from Cleveland, they are making some sexy songs for you to vibe with in the bedroom or maybe elsewhere. Personally I would take a bath with this one.  https://soundcloud.com/racketmanband

I like this laid back song. There’s a digital sounding clave which amuses me with it’s bird like timbre. Seth Carpenter is from New Jersey, playing shows often, go check him out! This song is from his latest album Oneirogens, not sure what that means either. https://soundcloud.com/bucolic1

Airhockey – hidden by the sun

First of all this band is named after the best game at the arcade. I’m an undefeated champion so don’t challenge me. This song basically sounds like it’s on the Stranger Things dance edition. Just try to stop yourself from bedroom dancing when home alone. Lastly this reminds me of a My Bloody Valentine slash Marine Girls lovechild, except this baby was born in the tropical oasis called Miami.https://soundcloud.com/airhockeymusic

I like to close each mixtape with a soothing track. This song has a womb like beat which is comforting. The voice however is quite warm. The song is pretty much inviting you over for tea in a secluded cabin in the woods, a hidden little paradise to escape to. https://soundcloud.com/joel-ansett