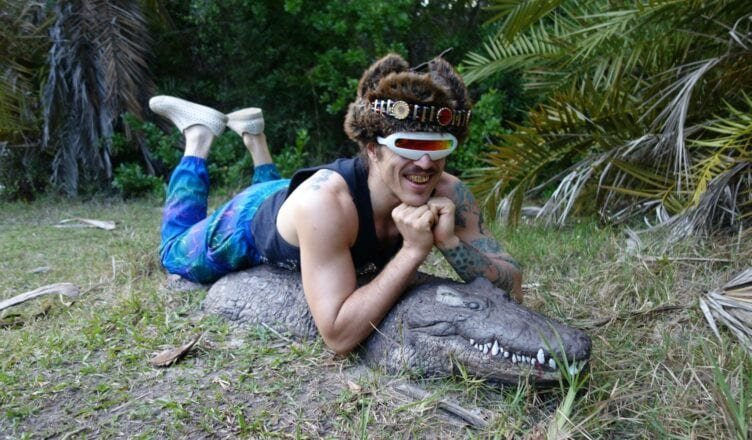 Hello Jitney readers. We’re about on the tail end of our mixtape series and this one is the most Miami focused one we have compiled as of yet. Each of these songs has been meticulously picked for your listening pleasure and we really hope you enjoy and maybe find something new you haven’t heard. Read our thoughts and check out these artists who are mostly self-released (DIY), independent and touring. If you like what you hear please support them.

This New York duo is R&B for the modern listener. They craft undeniable pop hooks with  iridescent production styles. They just premiered their full length album Feeling’s Not a Tempo and are soon to be touring near you.

Miami was a cradle for IDM music in the 90s birthing labels like Schematic Music Company, Merck, Beta Bodega  and Anti Winter Music Conferences. This track would appeal to fans of this genre especially the early playful electronic musings of Secret Frequency Crew or Aphex Twin. Also I find this song gets you in the mood to get to work, which is what I need to get in my hustle mode.

For fans of old school freestyle or provocateur Peaches, this Miami duo gets everyone in the mood for a dance train. Whether at the club, skating rink or at the slip and slide, prepare to pop your shoulders (and maybe other body parts) while listening to Basside.

It’s about time the neighborhood of Hialeah, aka City of Progress has its own anthem and by none other than Miami’s ratchet prince of booty and beat, Otto Von Shirach. Listening to this song you hear all kinds of weird sonic drum sounds, samples, sped up vocals and more. A note to the wise, a live show by OVS is not to be missed, so if he’s playing in your part of town, you better get out the glow sticks.

Miami’s hip hop sound is pretty unique, it’s Southern yet freaky and gangster but playful. City Girls is dynamic female rap duo serious about producing hot jams and if you’re from the 305 they’re reppin’ hard as hell. You’re gonna want to get with this groove and this is probably their most tame track, if you’re feeling savage check out the rest of their gems.

This is the new generation of cool music coming out of Carol City. Twelve’Len is an exciting R&B singer who raps with next level songwriting and producing. He’s got the Midas touch. Check out his newer tracks to understand what I’m telling you.

Tama Gucci – these bitches are NOT your friends

I find it hard to put into lyrics feelings of betrayal or when you’re reached the end of your rope with shady bullshit with poise and sophistication. This song does all that and more in a straightforward fashion killing it along the way with tight melodies and snare hits.

Lo-fi pop for those looking for that new adult pop contemporary sound. Track is under 3 minutes, can’t be beat. Stevie Zita hails from Toronto, Canada and we bet that’s his real name.

I love the intro into this song and the trumpetty like synth lead that comes in. Great feels on this track from Chicago’s Tommy Nelson.