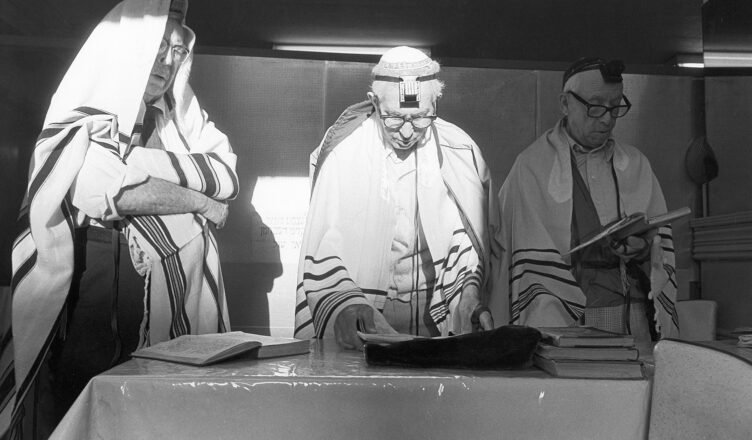 Editor’s Note: The photographs you see are from the new book “The Last Resort: Jewish South Beach, 1977–1986“. All photos were taken by Gary Monroe and the book was published by University Press of Florida. Gary Monroe will be speaking virtually at this year’s Miami Book Fair which you can sign up for here.

There was considerable orthodoxy in South Beach. Many of the hotels along Ocean Drive, Collins Avenue, and Washington Avenue converted card rooms and social halls into makeshift shuls (synagogues) to accommodate their clienteles’ needs of twice-daily prayer. The shuls are gone now, replaced by bars and restaurants. 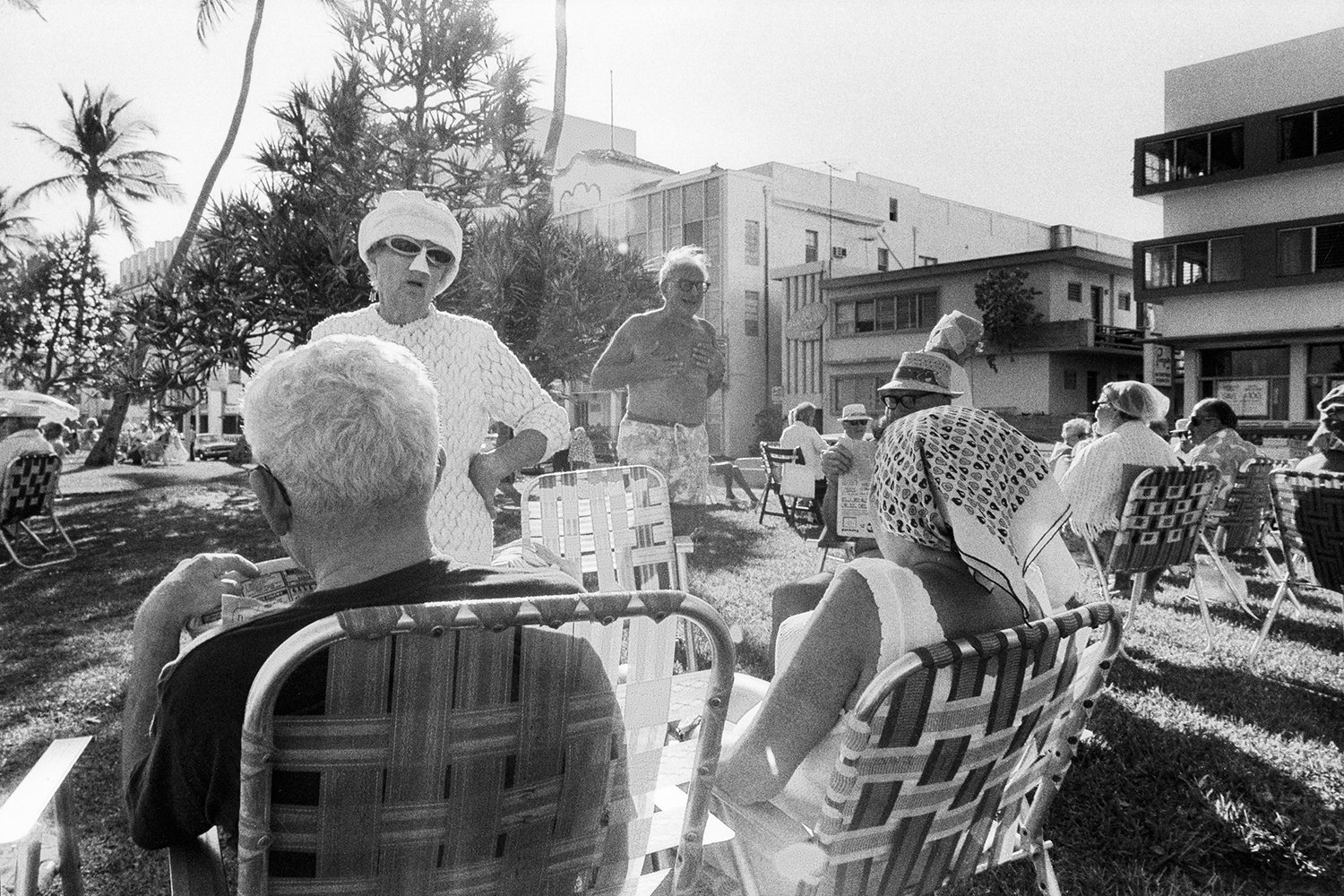 Lummus Park was central to life in South Beach. People would bring their folding lawn chairs here to enjoy an afternoon of socializing. 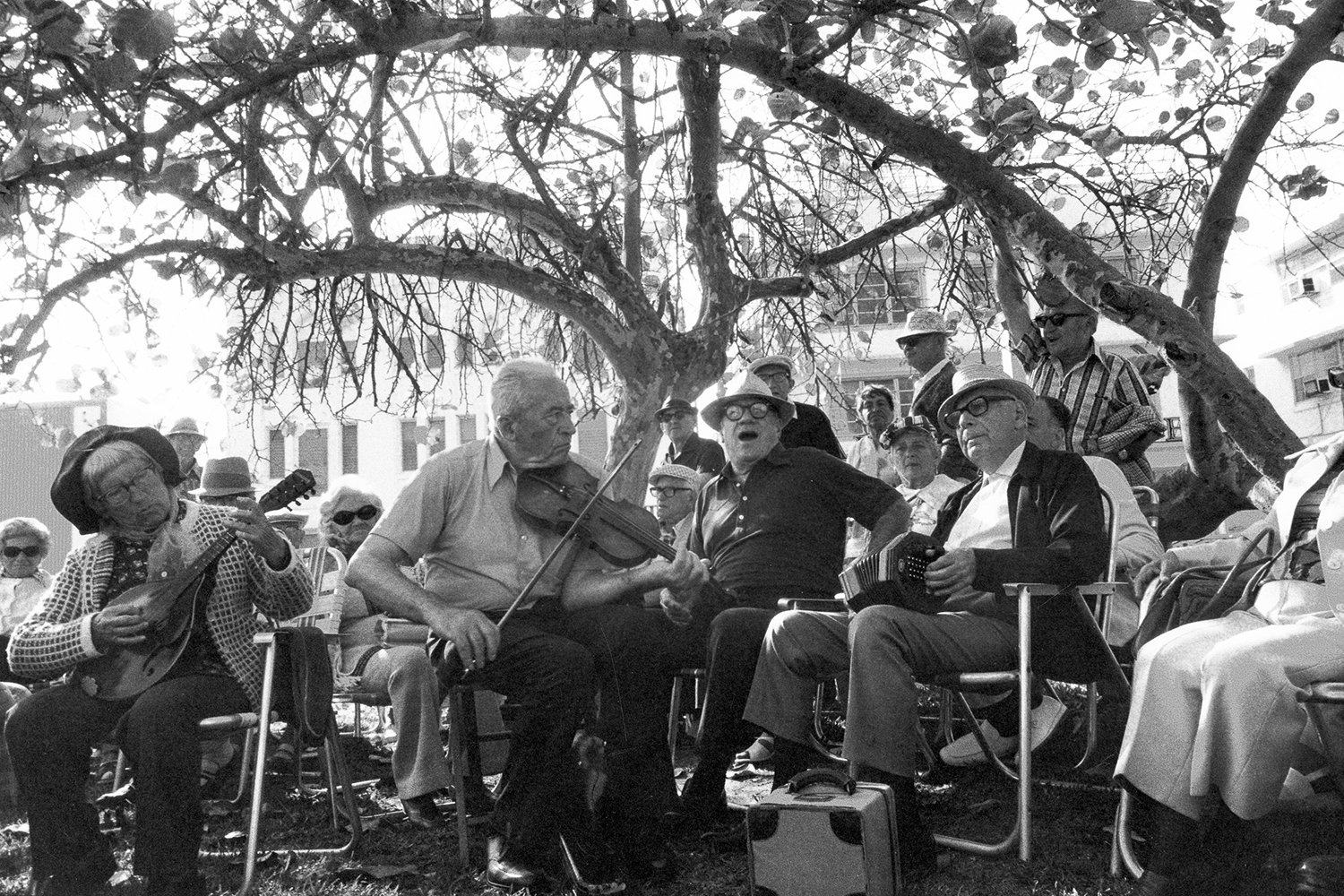 Musicians brought their instruments to Lummus Park, attract­ing audiences. Gatherings of varying sizes formed for a few hours of socializing; they often sang, typically in Yiddish. 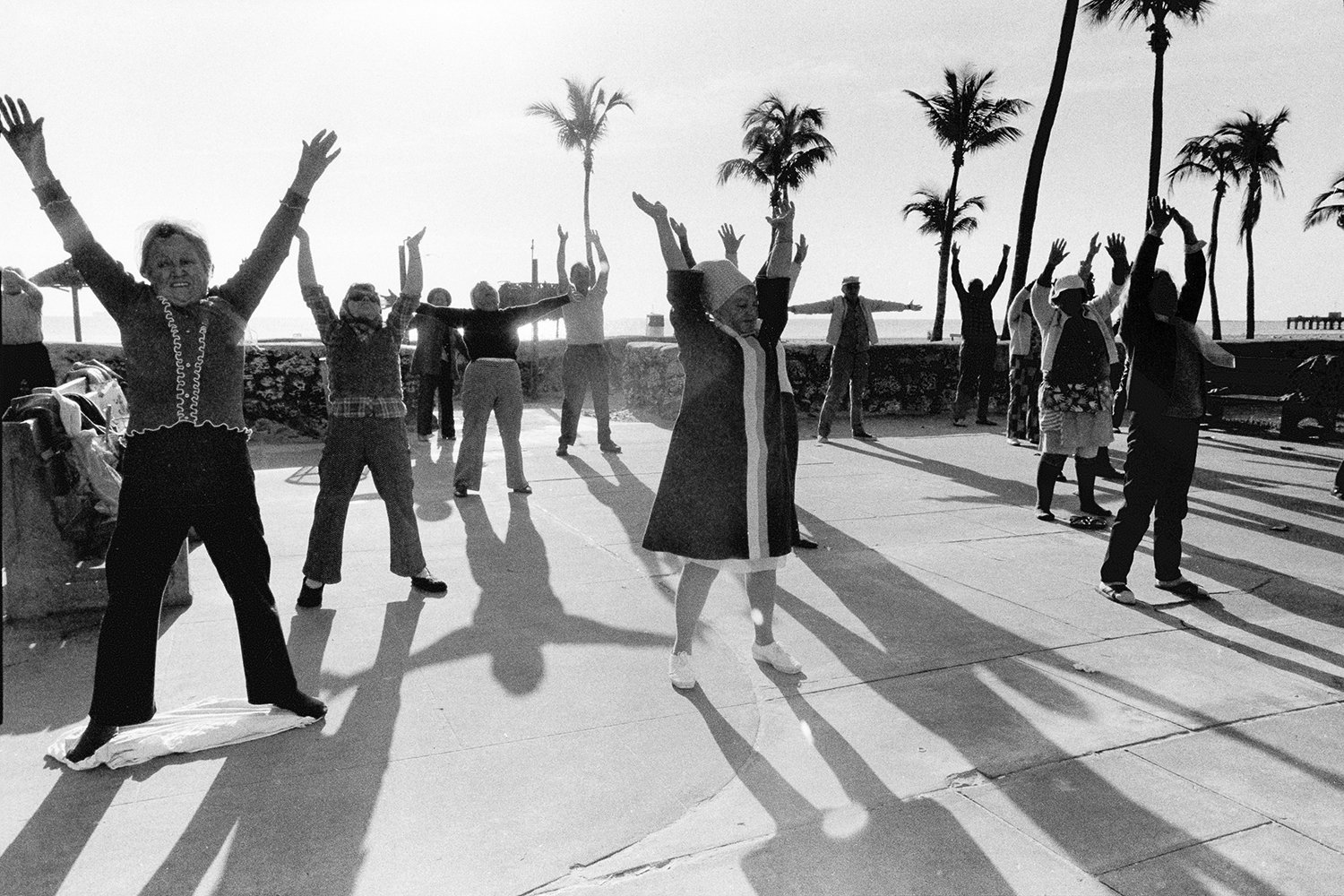 Exercise groups formed most mornings along Lummus Park, a strip of land that ran between the beach and Ocean Drive. Rose Silverman, who often started the session by doing a headstand, led this group, the most popular one.