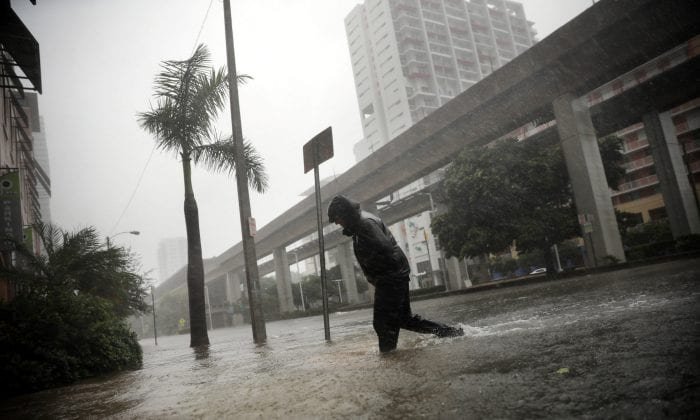 Miami is an interesting landscape to navigate. I’m not going to say this place is strange or weird, because it’s just as much beautiful and fascinating, so interesting is a safe adjective.  But sometimes this city is just too much. Our growing pains are glaring and there is a dark side to this jungle of multi-culture.

Miami-Dade consists of 69% Latinos, 19% Black and 11% White. Now juxtapose this to the rest of the country at 77% White and 17% Latino. Being a minority among minorities could be awesome, but it could also be a formula for escalating calamity.

Especially when face-to-face with the city’s underbelly.

Miami’s dark side is ignorant, frustrating, shallow and just lonely.

Oh boy, can Miami be ignorant.

Recently I had this heated discussion with a grown Jamaican woman, a successful professional person of importance in this city, and she was explaining to me how Haitian people were beneath Jamaicans. She called Haitians dirty and uncouth and petty and would not budge on her point of view.

This confounded me so I told the story to a Haitian friend, a graduate student in Engineering, who shrugged it off with a snide comment on Jamaican entitlement.

These two countries were once imperialized by England and France who’ve bickered at each other for centuries and how terribly sad it was to see this pride and prejudice carried over to colonized people and then still carried over generations later. How sad for one black person to see another black person as beneath them?

This bizarre race-on-race-racism made me feel so alone.

I’m not even sure why.

I guess I was just surprised.

Only a week later the same thing happened in my classroom, but with Latinos. A discussion on Miami’s multi-culture sprouted and there was this large majority of 2nd-generation Latinos who looked down on current immigrants. My jaw dropped. Their parents and grandparents were immigrants! Where did this millennial sense of American entitlement come from? A lack of education? From their family?

One thing is for sure: hatred is definitely a learned behavior.

I felt frustrated and more alone.

It’s sad that people think they are better than other people. Just because we’re lucky enough to be in America doesn’t make us better than anyone else.

I couldn’t even look anyone in the eye.

But then again, in Miami you can’t smile at someone without them rolling their eyes, silently saying, what do you want, man, leave me alone -you’re not worth my time

Luckily, there is a light side to this city.

And in that light lies Miami’s redemption.

And there’s plenty of light to go around.

Even if it doesn’t always shine — there is light.

And in this Miami “light” — gender, ethnicity and socioeconomic status are moot—in this light we are one—we are all growing—we are all equally to be loved—and we are all in this together. We are all 305 till ______________.