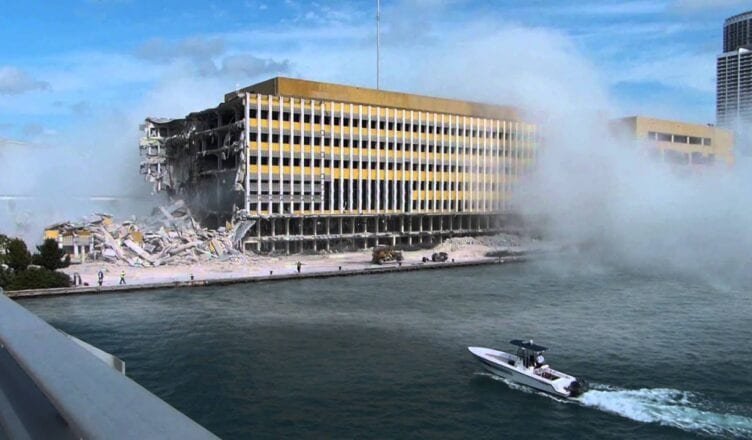 The Miami Herald is officially on life support.

In a sad day for truth and transparency, McClatchy Co., the second largest local news company in America, and home to The Miami Herald, among thirty other newsrooms, filed bankruptcy Thursday.

Does this mean The Miami Herald will disappear? No.

What will disappear in the chapter 11 bankruptcy is the seven million outstanding shares of MNI (The McClatchy Co.), once priced at $741 per share on March 1, 2005. The stock currently trades at 74 cents.

What will also disappear are the pensions of  “24,500 current and future retirees, many retired blue-collar workers who manned printing presses or loaded newspapers onto delivery trucks.”

The pensions are basically insured and picked up by the federal Pension Benefit Guaranty Corporation, so we’ve come to learn. If someone is beyond retirement age they usually receive the full amount. If not yet retirement age then usually up to 90% of it.

As a term of endearment, local employees of the Herald often referred to the newspaper as Mama Herald, for she nurtured so many. It is impossible to overstate the importance of this journalistic outlet, locally.

Locally, The Miami Herald is also closely aligned with NPR’s newsroom and its South Florida affiliate WLRN, 91.3 on your dial.

McClatchy also owns HCP Media, whose biggest local client is Greater Miami and the Beaches, basically Miami’s Chamber of Commerce and greatest marketer to the 25 million tourists who visit us annually.

The Herald is the crown jewel of McClatchy’s portfolio, having won 22 Pulitzer Prizes. From Dave Barry to Dan Le Batard, from Carl Hiasson to Carl Juste, from Joy-Ann Reid to Edna Buchanan, so many voices spoke truth-to-power in our beloved and often frustrating city.

The Miami Herald was started in 1903 as The Miami Evening Record. It became the Herald in 1910. During Miami’s land boom of the 1920’s, it was largest newspaper in the world. McClatchy purchased the Herald from Knight-Ridder in 2006 for $4.5 billion.

The Miami Herald will not go away.

The company said “it has secured $50 million in new financing…to ensure it can continue to operate while in bankruptcy.”

Going forward, the company will likely be led by a hedge fund and operate as a privately held company. Sad, right? And scary.

The Miami Herald have been notoriously slow in transitioning into the digital era. They took forever to incorporate video and podcasting, if at all. It’s a shame because with the right leadership, say ten years ago, when McClatchy had all the assets in the world, they could’ve pioneered video and podcasting.

They could have brought in young visionaries to activate established journalistic voices with new media while creating new voices in media. But, from editorial to sales, from top-to-bottom, there was resistance to change and ultimately McClatchy chose, like a captain cuffing themselves to a sinking ship, to ride-or-die in the S.S. Herald.

Today the ship has sunk.