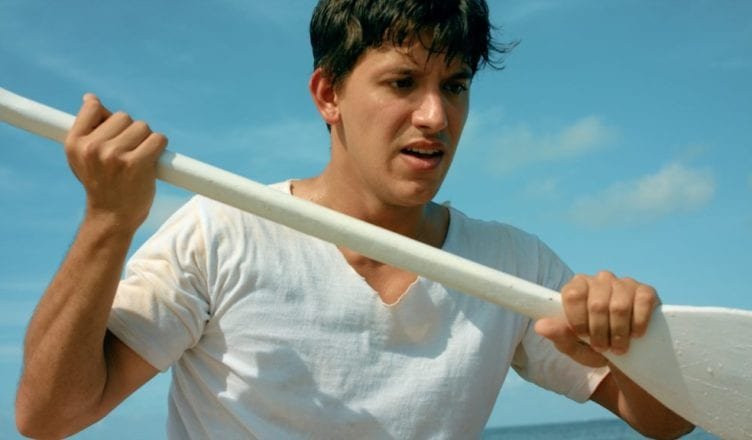 Living in South Florida we almost take for granted that so many people have made the insane voyage from Cuba to Florida on a raft. With his new short film The Rafter local filmmaker Jose Navas wanted to bring to life that most harrowing of immigrant journeys. In the 19 minute movie set to debut at the Miami Film Festival March 8, The Rafter recounts the true story of Reinaldo Cruz, one of the first Cuban refugees to arrive on U.S. shores on a homemade raft.

Navas learned of Cruz’s story after the success of producing his first documentary Miami Our City. “I got an e-mail (from Cruz’s son) telling me I’ve got to read up on this story. I did some research about his trip in 1964. There seemed to be something there.” Though Navas isn’t Cuban, as a Nicaraguan he could relate to an immigrant coming to America to make a better life. “Plus,” he joked,  “you’re almost half Cuban just living in Miami.”

Before co-writing the script Navas interviewed the still alive Reinaldo Cruz. He was struck by the hardships Cruz suffered. For storytelling purposes he had Cruz taking a solo trek rather than making the trip with four other people as he did in real life, but the obstacles shown in the film were taken directly from Cruz’s account. “The waves stood out the most in his memory. The height of the waves during a thunderstorm shocked him. There were slow moving 40 foot waves that scared him more than the sharks. They could hit the sharks with paddles. There was nothing you could do about the waves.”

For the film Navas used special effects to depict the sharks and waves. One of the most impressive facets of the independent movie comes from how he captured 1964 Cuba and the vastness of the sea using South Florida locations from 2017. “There were ten guys carrying a crap load of equipment in the middle of summer to get to a point in Virginia Key where you can see the ocean line and there are no boats.”

Navas knows the struggles of a filmmaker are nothing compared to what Cruz went through. He was grateful that Cruz could also contribute with some off-screen narration. “He’s close to 80 now and gets very emotional talking about it.  He’s an important part of the history of Cuba and Miami.”

Navas hopes his film which after its Miami Film Festival premiere and a screening in April at FIU, will be streaming on YouTube, might help viewers appreciate immigrants more.  “So many people died coming over here. It’s important to remember them and remember that we’re a country with people from everywhere.”