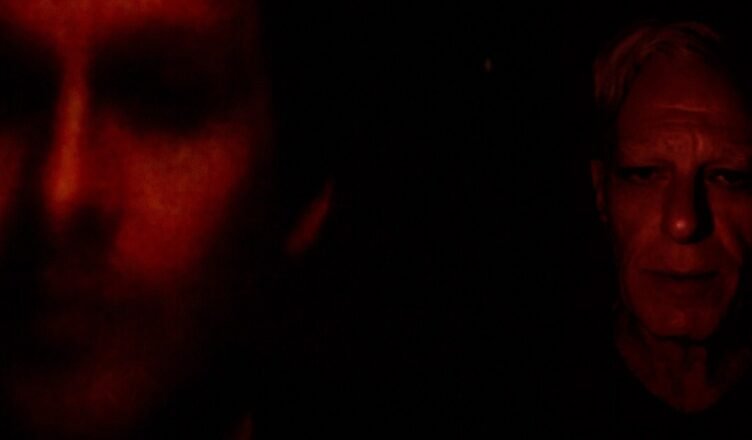 There’s something menacing buried in the opening synthesizers, drums and vocal taunts of “Afterlife,” the title track for the Red Window’s debut album. It’s that sense of foreboding that creeps over characters in a horror movie who know their end is near. And then the saxophone kicks in.

The Red Window is a renewed musical collaboration by Joshua Strawn, a writer, producer, and multi-instrumentalist known for his work with experimental metal outfit Vaura and electronic project Azar Swan, and South Florida synthpunk pioneer Jeremy Kolosine of Futurisk and Receptors fame.

The pair date their friendship and collaborative energy to the turn of the century when Kolosine, then residing in Roanoke, invited Strawn to join his dream pop/shoegaze band Shakespace. After the band disbanded, Strawn relocated to NYC in 2004, forming the gothic rock, post-punk outfit Blacklist and getting involved with a few other musical projects.

On reuniting for this project, Strawn likens the compositions to Leonard Cohen songs that “sound like contemplating the abyss while staring at a ceiling fan at 4 a.m. in a dark, sweltering New Orleans apartment” – which is where he currently resides. Kolosine, on his end, has returned to South Florida. “Funny enough, the same house Futurisk began in ‘79,” he said. “My old bedroom is my studio now.”

In Afterlife, Strawn’s vocals, synths and saxophone parlay Kolosine’s guitars and keys. The result conveys the splendor of cinema and environment. Danceable, sure, but also for reflective relaxation, indicative of the musical cleanse Kolosine underwent. “I purged my personal angels and demons,” Kolosine said. “Inspirationally, of course the usual and obvious Bowie, Ferry, Eno but also old Nat King Cole and Jim Reeves in a twisted way.”

The LP, released last October, suffered minor delays during production due to a shortage of transparent inner sleeves, is a beautiful object. A dark black outer sleeve features a windowpane die-cut revealing the crimson vinyl. The absent label makes way for a Giacometti-like drawing of a man contemplating a skull – save for the band’s name etched into the runoff groove, the mystery of anonymity and voyeurism holds.

The duo is anxious to perform again and are finalizing their follow-up. The band is nonplussed by the new geographical norm for musical creation. “Creative work has been a saving grace for me through all this, not just the joy of making art but reinforcing my support network,” Strawn said. The limited-edition vinyl is available at theredwindow.bandcamp.com