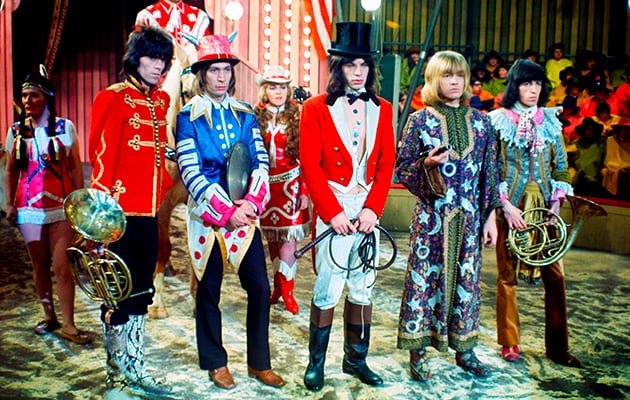 So the Rolling Stones set out to do another jaunt across America for their umpteenth time to milk their aging fans out of every red cent they have. A heart procedure and a hurricane couldn’t stop them from doing so. Myself, I have been recovering from a dental bone block graft, am missing a front tooth, and my teeth are stained to no end from chlorhexidine. I have more of a junky smile than “Keef” Richards nowadays (and I didn’t even take the Percocet). There was still no way I was missing this show – my wife is a Brit and we bought the tickets last year.

We all know this tour was postponed do to Mick’s heart problem and the month of May would have been a perfect time for Florida to have this show. When rescheduling the tour someone thought it was a good idea to end the tour instead of start it in Miami… in the middle of fucking hurricane season! Well, true to form, a hurricane is out there and made the Stones reconsider a Saturday night performance. Mick “London  School of Economics” Jagger is not going to miss out on a $10 million payday. Delaying the date again was not a good idea. So I got in touch with Mick’s people, and his mine, and we decided to bump that shit up to Friday and scaring that storm away. All those folks that bought their tickets second hand from Stub-Hub or Scalpers-Secure-Seats were shit out of luck if they wanted a refund. The bigtime music industry is dirty business. Always was and always will be. Come on, it’s the Stones, just go to the show.

With tickets costing a weeks’ pay and merch costing an arm and a leg, the Stones still sold the place out and everyone walked out with a shirt, hat or adult diaper dispenser with their logo on it, happily. Within minutes of taking our seats, there were two folks, one in the aisle above us and one next to us, who were already overheated and spitting up. These folks were old enough to know better, but hey, it’s only rock n roll! Another couple were adamant about the souvenir “VIP Pass” the Stones gave out to those who purchased the Gimme Shelter Package tickets. Come on folks, you’re not gonna meet the Stones.

Without a drop of rain all day, sure as shit, it starts pouring right when the show is supposed to start. Since the Stones moved the show up, they canceled the opening act and were due to hit the stage at 8:30. No offense, but I was not itching to see Juanes anyway. Turns out even Mother Nature doesn’t mess with the Stones. They had more mop jockeys than the QE2. Within an hour of rain those hard workers had the stage spotless as a surgeon’s office. (The Stones thanked them for it during the show. Stage crew too!)

Next thing you know, “Ladies and gentlemen, the Rolling Stones!

‘Bam, bomp, bomb, bada, ba, bada, ba… I was born in a crossfire hurricane.’” There’s Jagger shaking his ass and soothing our scared souls. Earlier that morning I was scared for my life that my whole world was going to be blown away, but at that moment I just wanted the Stones to take it all away. All is well, the lady is still drooling behind us all partied out and we are rocking.

The Stones go through their set and know how to please the crowd. They can’t play every song everyone wants to hear but they know the ones to make it acceptable. You may think their songs and theirselves are played out, but in longevity and performance, they are the greatest rock n roll band ever. They are sloppy, they don’t care, and they take your money. “Keef” nowadays plays a lot of rhythm and occasionally turns his guitar up way too loud and plays the greatest messed up lead ever. Ron Wood is still so good and underrated that it is a pleasure to see him still act like a kid and hold it all together. Mick Jagger has still got the swagger. Chuck Leavell is their secret weapon.

Back in the day “Keef” always got to sing one and it would usually be “Happy” with Mick and him sharing vocals. Nowadays his does a few others instead while Mick leaves the stage. I feel maybe “Happy” is out of the set since it was such a (late great) Bobby Keys and “Keef” song. I was glad to know when the Stones did do “Sweet Virginia” and later “Brown Sugar,” they didn’t have the sax player play all the Bobby Keys lines. “Woody” covered some on guitar and the sax player they had covered some of it too. A nod to one of the greatest rock n roll folks ever, Bobby. When they did “Miss You,” “Keef” left the stage so Mick could could get his disco dance on. One thing I do have to say about Mick is he is one hell of a harmonica player.

Well, without a drop of rain the whole show, out of nowhere as the encore started, it starts to pour. “Gimme Shelter” was so appropriate for this that my wife thought it was a special effect. No, this was Mother Nature crying her tears on us knowing that with hurricanes and life you never know when this will be the last time. Sasha Allen and Bernard Fowler hold down all those soulful dueling vocals “Keef” used to be able to hit before his voice became the Pirate of Pentothal. Sasha gets her moment in “Shelter,” she gets to crush those Merry Clayton vocals we all know so well from the studio version. As she pranced down the runway in the glorious rain. “Rape, murder! It’s just a shot away, it’s just a shot away.” This was golden. To end it all off we got “Satisfaction.” Charlie Watts, all 78 years of him, is still tapping away after two hours with his ever so unique hi-hat hiccup. The king of cool. Fireworks, bows, and we are out.

Who knows? This could really be the last time… 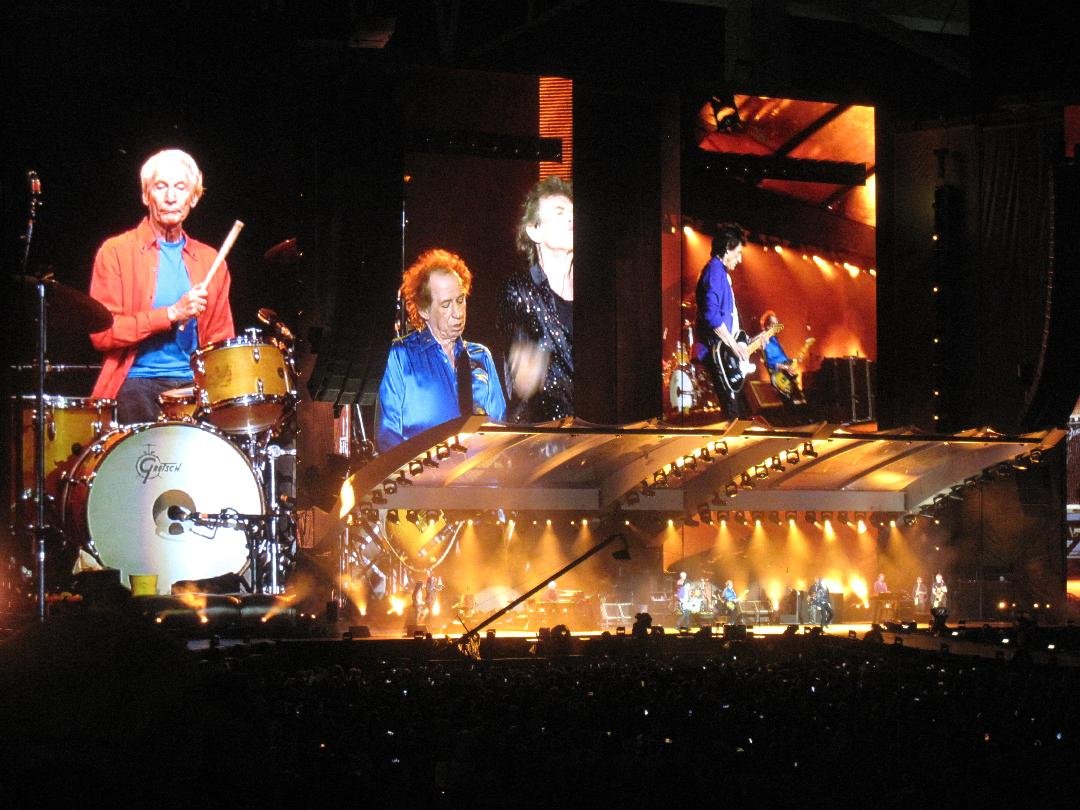