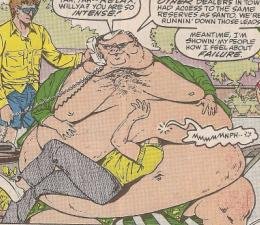 As a kid reading comics New York always captured my imagination. It appeared not a day could go by where you wouldn’t cross paths with the Fantastic Four, a spell enchanting Dr. Strange, or a horn headed Daredevil. Growing up in Miami, it seemed impossible that I would ever cross paths with a superhero or a supervillain.  Sure, Stan Lee had conceived Curt Connors as a Coral Gables born scientist, but he quickly moved his alter-ego The Lizard to New York City where he could lurk in the sewers rather than in the Everglades.

But then imagine my surprise when I read Web of Spider-Man Annual #4. Ten year-old me’s mind was blown to learn Peter Parker was in South Florida  to promote his book of Spider-man photographs and I learned my hometown was jam packed with comic book characters. Not only was there the Man-Thing, a walking swamp dwelling piece of vegetable matter.  There was Poison, a Cuban exile who worked as a motel maid in the day and could fly around Calle Ocho at night. And there was The Slug.

The Slug was a thousand pound, sunglasses wearing drug lord who proudly proclaimed, “I can asphyxiate a man in the folds of my flesh — and have.” According to a fan page The Slug’s powers include being, “so terribly obese that it was difficult to penetrate enough fat to strike his vital organs. Also, Slug had mastered the rather grotesque talent of suffocating opponents in the folds of his flesh.” He also has the “physical strength of a man of his age and build who engages in no regular exercise.” His weakness is that he “is practically helpless against any opponent, and depends upon his hired thugs to provide him with security”. 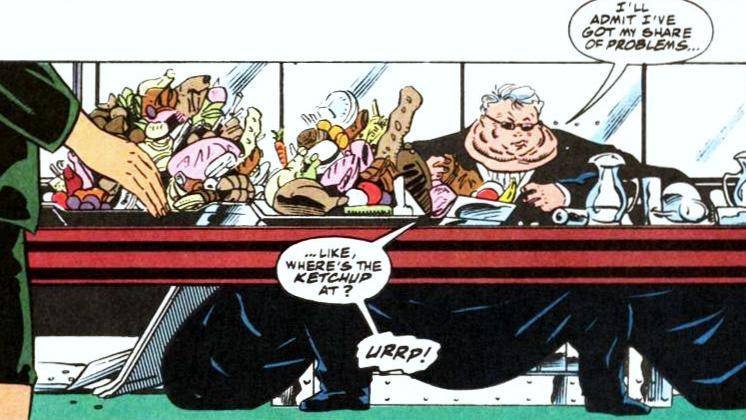 Makes me wonder if Miami would be better off without its own super villain.  If they ever utilize the character in one of the umpteen million Marvel movies scheduled for production, here’s hoping they can afford a hologram of Marlon Brando to play The Slug.