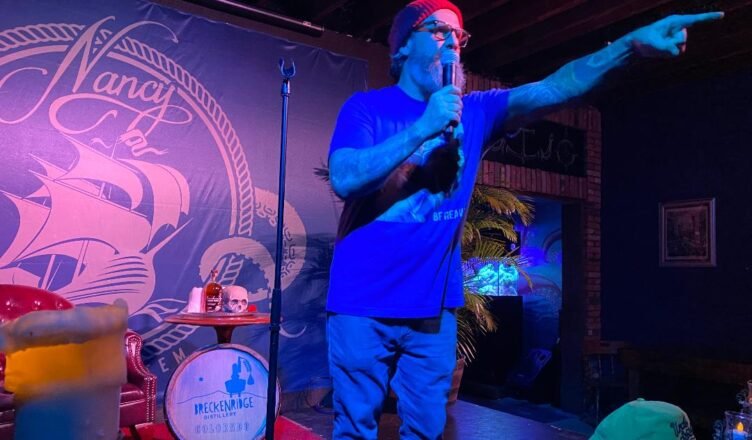 Like all of us, the Pandemic changed everything for me.

Being a career musician, booking agent, and event coordinator, everything I did for money was based on people congregating. But now the congregation business was out of business.

Up until the shutdown in March, my life was a freaking relay race and I didn’t even know it. I was so busy booking gigs for my band, Juke. Booking gigs for my solo act. Booking the bands at a new venue at the Hard Rock Guitar Hotel. Booking out the year’s pre-cruise events that I was working on with some cruise ship companies (remember cruise ships???). Beginning the planning of the biggest MÁS Miami event I had done yet for (at the time) ESPN’s Dan Le Batard. I was planning for thousands of people and now all I heard was “groups of ten or less”.

The last year had been particularly hard on me.

I had lost my father, whom I adored. My girlfriend left me shortly after that and she had taken one of our dogs in the split. My mother and most of my family had passed some time ago. All I had left was my little grey, female Pitbull rescue, Casey. However, Casey was in pain and in need of a knee surgery that cost three grand. That sucked, but the Hard Rock said they’d bring me back as soon as things got “back to normal.” I figured everything would be fine in a month or so.

Literally as I was walking into the vet’s office to drop my precious little friend to go under the knife, I got a call from the Hard Rock. I had been officially laid off.

I had paid out some of the last of my savings for the surgery and now I had no income. Then the vet told me that my energetic, 2 year old dog, who I would also call “Go time!” (just one of her many nicknames. “Space Mountain” is my personal fave) isn’t allowed to do more than walk for eight weeks!!!

I figured if she couldn’t do shit for eight weeks, then we won’t do shit together.

It was prime quarantine time anyway.

Like most my colleagues, I started with the online panhandling, otherwise known as “virtual performances”. Playing music for tips online at home. But that really got sad after a while and I was getting a bit music’ed out in my own bubble. I needed something else to get into.

One day, I got a call from an old friend of mine from back in Cali. He goes, “Hey E, why don’t you write a ‘Blues Opera’?”

I’m like what the hell is that? He explained that it’s kind of like a Rock Opera (i.e. The Who’s “Tommy”) except my forte is more The Blues. Plus, I have stories. Tons of stories about horrible things that have happened to me.

I was a bit confused, though.

I asked another old friend who’s an actor, “Why the hell would anyone want to hear my stories??? I’m nobody.”

He told me, “Dude, you don’t understand. Everyone just wants to hear a good story.”

It was then, however, that I realized that I would be horrified to stand on a stage and just tell a story. It was unbelievable. I’ve been playing professionally as a musician for well over 20 years. I’ve been the front man for my own band for about 15 years. But the thought of saying anything other than “tip your bartenders.” or “Thanks for coming out. We’ll be at _____ next week” was like learning another language. Wait… I have to talk to these people? With just a microphone? About me???

This was going to require some research.

Someone told me about a thing called The Moth.

The Moth is a storytelling organization that puts on live storytelling around the world. They also had a podcast that was basically just recordings of these live stories. So I started listening.

At first, I would cherry pick the stories that I felt related to the stories I wanted to tell. You know, stories about death, Alzheimer’s, loss, and heartache. But after a while I realized what my friend told me. A good story is a good story. I began to devour every story they had ever posted.

Now I had to start constructing my stories. I figured I needed 4 or 5 stories for my Blues Opera that I had already songs written about.

I was obsessed. I put together an intricate storyboard of events of notes that had happened to me and how they related to each other.

My house became a CSI of life events to piece together via dry erase boards and large pieces of paper with different color coding.

From there, I finally decided on the basis for my first story. The story of how my parents met from unlikely circumstances. How I came to be. The son of a Cuban car salesman and a little Jewish ballet dancer meeting and falling in love in Miami in the 1960’s. The story was heartfelt, it had some funny, and it ended tragically. It was 100% honest and it was perfect. 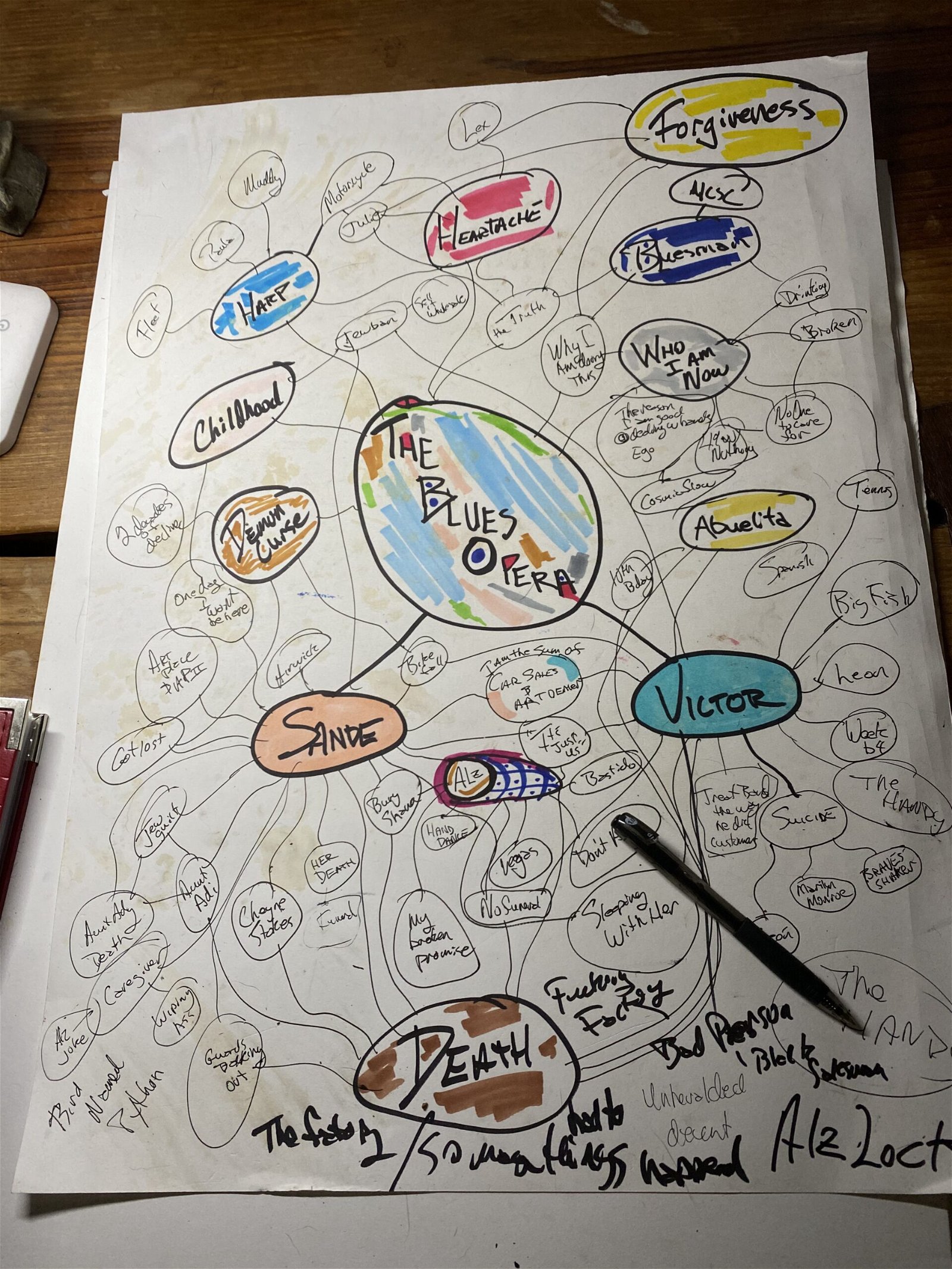 But now I had to learn how to tell it. REALLY tell it and not read it.

My actor friend in LA, Bobby, is one of my oldest friends I have. We’ve been friends since we were kids. He would coach me up and Facetime me while I fumbled words around in my house, awkwardly trying to work on this new craft. I would practice on him. I would practice alone in my living room with a microphone. I would practice on my dog. She would stare at me for a while as I told my tales, but would soon get sleepy and take a nap and I would silently take offence.

This new endeavor terrified me. I didn’t know if I could pull it off. But that’s how I knew it’s the thing I needed to pursue. I haven’t been that scared of something in a long time. I needed to practice on people, though. Actual humans.

So, I called my friend, Ben, who owned Bar Nancy on 8th street. Ben and I had worked together before at other venues like The Stage, Will Call (Ugggg), and Pride & Joy. Ben is a no bullshit guy who knows the business but has a heart of gold. I asked him for a night I could practice my craft and invite other storytellers up to express themselves as well.

At this point, Bar Nancy was just reopening. They were being extremely careful and only had a 35 person capacity on account of that. Ben had nothing going on for his Wednesday nights and gave me a weekly. Under normal circumstances, he admitted later, he didn’t think it was a great idea at all. But we were friends and it sounded like a chill activity that could easily adhere to Covid guidelines. 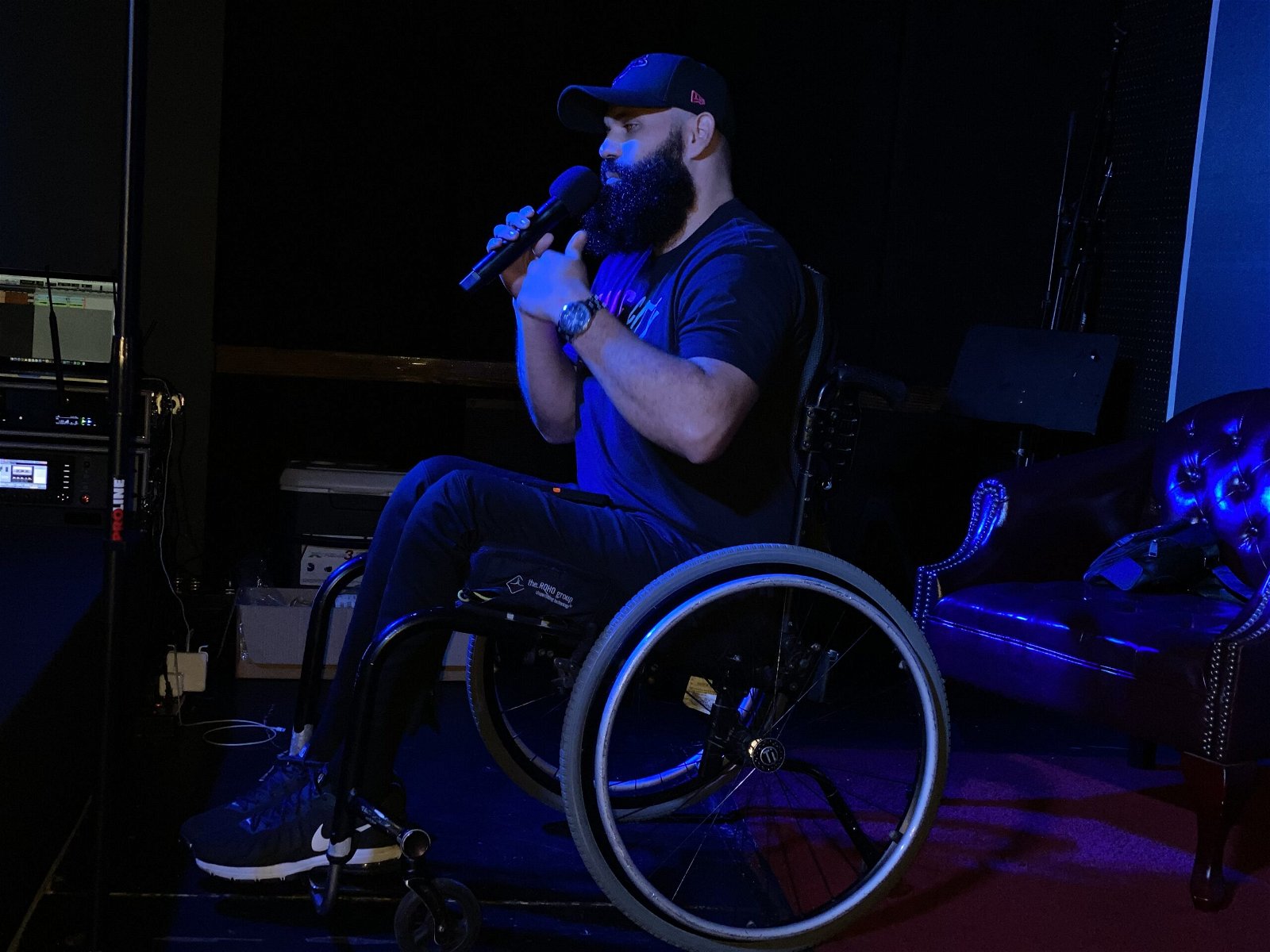 This was great news. But now I HAD to do this thing.

From the very beginning there was a vibe. I think people had been cooped up and needed to speak as well as listen. The rules were simple:

The stories had to be true.

The stories had to be about you.

Otherwise, talk about whatever you want. Just try to keep it under 15 minutes.

All types of people started showing up and asking if they could tell their stories. Comedians, housewives, drug dealers, musicians, mail men. These stories were, for the most part, surprisingly good and very heartfelt. We have a format of four scheduled storytellers a night with breaks in between so everyone can go out back, be outside, smoke or whatever.

The funny thing was the stories bred more stories. I’d be outside and I’d see different groups of people gathered and telling their own stories to each other. This would go on until the end of the night and it was time to leave.

Frequently folks come up to me and tell me what a cool and inventive concept I had. Each time I tell them that storytelling is literally the oldest art form. Cavemen did it!!!

As for myself, it’s a new craft that I’m working on. It’s absolutely something that takes work though. Having the luxury of telling the next story I’m working on when I want has been helpful. Sometimes I take the week off and just host the night if I don’t feel like my next story is ready. From the beginning I struggled, but enjoyed telling my stories.

It was harder, in a way, than playing music. With music your mind can wander while you play. With storytelling, if your mind wanders people disengage. They start talking. You lose them. 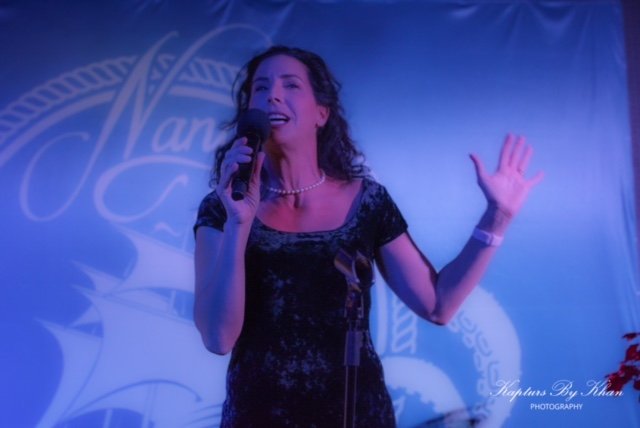 There was one story in particular that I told that really hooked me.

It really showed me the power of storytelling. It was the story of my mother. My mother suffered from and died from early onset Alzheimer’s Disease. Now, I had plenty of horrible to tell people about that journey me and my father shared with her during that seven year period. But I also realized that I couldn’t just hit people over the head with sadness for the entire experience. I had to find some funny and work it in. I worked so many hours at home on it and put my dog to sleep countless times telling it to her.

Finally, the night came. It was time to tell everyone my mother’s story.

It was unreal. For 28 minutes, I had everyone. When it was funny, they laughed. There’s nothing like dropping in some funny when things get dark and uncomfortable. When it was sad, they were sad. By the end, everyone was crying or almost crying.

I had ripped everyone’s hearts out and I LOVED it.

I realized that I loved ripping people’s hearts out. I think it’s my new thing. I mean, making people laugh is cool and I can do that too. But I guess it is cathartic to, just for a few minutes, let everyone else in the room feel for a moment what I have been walking around with for years.

Hopefully, as things start to get better, this night will continue to grow. There are several regulars that this thing has become special to already.

I’m currently working on the final story for my Blues Opera. It’s the story of my father. When it’s ready, I’ll try it out at Bar Nancy and it will go up on the Uncle Scotchy’s Storytelling Extravaganza podcast for the world to hear. Until then, maybe I’ll just host the next few weeks or sprinkle in something funny or crazy that happened to me as I continue to hone this craft.

Storytelling is important. It’s literally everything you are not doing in the moment. It’s TV. It’s sports. It’s movies. It’s friendships. Stories are literally all around us. Stories can destroy you and they can save you.

This night has helped  save me. I’m thankful for it. Hopefully, one day you can come and listen or tell your own. Maybe there’s a story that can help save you too.