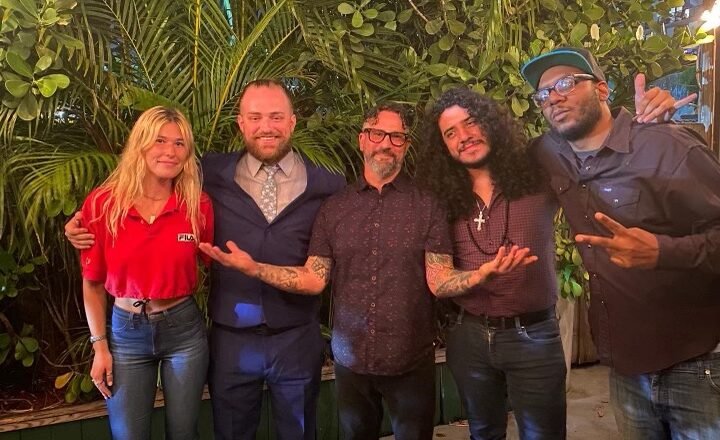 Everything is a story. That’s really all we engage in every day. TV shows, movies, the news, your job, even the person you love. You had to fall in love with their story in one way or another. However, when isolated in it’s purest form, some stories can connect and change lives right in front of your eyes.

That is the one thing the pandemic taught me.

Sitting in my house alone for a year was not easy. Especially as someone who plays music, performs live, and puts on events for a living. But when a friend called me one day and suggested I write a “Blues Opera,” I was like, “What the fuck is that?”

My friend basically called me a dumbass and pointed out that I was a Blues musician who has had horrible shit happen to him and have written tons of songs about it.

Even as a musician and performer for over twenty years, the thought of just standing there with a microphone and telling the truth about myself to a group of strangers horrified me.

But I worked and worked on it at home. A lot.

Soon, I was ready to start workshopping live. That’s when I reached out to Bar Nancy. Venues were just starting to open with limited capacity. I proposed a weekly storytelling night. The venue saw it as something socially distant that we could try. Thus, Uncle Scotchy’s Storytelling Extravaganza was born.

The night immediately had a kind of appeal that was unique. Four storytellers each night telling stories that are 10-15 minutes long. The stories have to be true, and they have to be about you.

This simple formula brought tons of people together over the last year and three months. My friend, Julio Licona, is a great soundman. He came and saw the value in the night. Julio started coming each week to run sound and record for a podcast named after the night. The USSE podcast has pumped out over 3000 minutes of story content in 44 episodes over the last year.

I know their secrets now. They know mine.

The night became very special to me. It truly helped me through some issues I was having with trauma I had endured.

A year is a long time for a weekly event. Especially in an ADD city like Miami. Because of some fire code restrictions, the outdoor hangout spot at the venue has been closed for months. That was a nice spot for folks to hang between stories or during stories for some unknowing patrons that simply are there to hang and tell stories to each other.

Julio loved the night, but started getting busy with good paying work. I was left to kind of run sound and record the night myself. That’s not something I’m great at. Slowly attendance started going down. The night needed some help and a shot in the arm. It needed to be watered and exposed to a newer, younger market.

So when I was called in to meet with the owner, I thought that we were going to find a way to make the night better. Maybe actually pay for some advertising, add some live music, or even hire some sort of soundman/DJ.

I was told that storytelling was too low energy and it wasn’t something that they were interested in so much anymore. The venue owner himself told me he didn’t enjoy going the night anymore. They had already booked other Wednesdays without looking for solutions to a proven night.

They offered me a monthly instead. Addition by subtraction, so to speak. It’s an antiquated marketing strategy that almost never works. Shocked, I went home and reflected.

Naturally, I was insulted.

This is the only night like this in the whole city. A space for truth, trust, and honesty. It’s something to be nurtured and watered. That’s when I realized it had not been watered at all.

If the venue didn’t appreciate the value of what USSE is, then they don’t deserve it. If they didn’t see the value or ceiling in truth and would maybe prefer a cover band, it’s time move on. As much as I appreciated the opportunity, this clearly wasn’t working for either of us.

So, when I sat down with the people from Center for Subtropical Affairs, it became clear that it would be a good fit. First of all, this hidden gem of a place is absolutely beautiful. Hidden in Little River, the plants, trees, little trails, fire pit, bar and stage were screaming for the night. They loved the concept and clearly wanted it to happen there.

Proudly, on Wednesday, December 15 we will start doing Uncle Scotchy’s Storytelling Extravaganza there. There might be some tweaks and new layers added, but essentially it will be as it was in it’s pure form. Stories that are true…Stories that are about you… and now, finally at a place that knows how to nurture and water what it cares about.