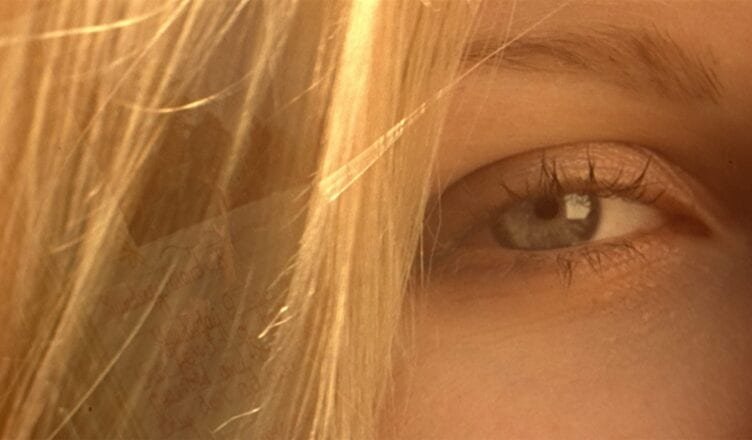 I grew up in Hialeah. I could begin and end a biography with that statement. I always felt at home but different. The city’s relentless survival mode and brutal affection made me resilient, without question. But I’m not entirely sure how it contributed to my penchant for dreaming. If you let it, the town could beat you bloody. But if it didn’t, you flourished. That’s probably where the dreaming comes in. And the passion, creativity and, of course, gumption. But that Well of Wonder always baffles me. How did I find it, and why is it still brimming?

See, I was always in love. But my days in Milam Elementary School (on West 16th Avenue and 60th Street) from 1975 to 1980, were magical. Under my older brother’s shadow and wing, I was always butting in, shooting high, reaching for the unattainable, and often falling on my durable face. Those years and crushes play like a novel or film—a warm, sunny fantasy with endless summers and Grease and Christmas shows with 6th grade choral divas and Diane, my favorite cheerleader of all time, and this could go on for pages. As I got older, however, there was nothing in art that gave me the feeling of those unbelievable memories. Nothing in books or film (no matter how many great ones I read or saw) came close to capturing, viscerally, emotionally, spiritually, what it felt like to live through that time, in that world. But that all changed when I was twenty-five. And then again six years later.

In 1993, Jeffrey Eugenides graced the tiresome world of modern fiction with his first novel, The Virgin Suicides, a slim volume with more weight than one might imagine—almost more than I could bear. It is a beautiful book, and it brought out things in me that wanted light and  exposure. It inspired me in ways that still resonate. I went on a creative binge after that. Songs, stories, dreams, intrepid but fruitless ventures and escapades—all of these erupted from this one little book. If you haven’t read it—do. The book is about the Lisbon sisters, five girls whose demise devastates a suburb and a group of boys. These boys, now men, wrestle with the mystery of these girls and the lack of answers and meaning to which they are consigned.

A few readers, confused and hostile critics and detractors, felt the girls were not seen as people, that the novel used them as lurid context or sad, sexual caricatures, nothing more. These readers missed the boat—the plane, train and automobile.  It portrayed the girls with unencumbered truth and gravitas. I submit that this book, although very much entrenched in the lives of these girls and their difficult existence, is more about the collective narrator, a group of men who were then boys, their lives lovingly scarred and mystified by these unknowable sisters and their enduring spirits. Most stories about a thing are usually embedded in the context of a larger and more powerful thing–and often an even more terrible, tragic or sinister thing—but that larger thing is not this thing, and you cannot tell all stories or comment on all things in one effort. You with me? I digress.

In 1999, Sofia Coppola chose The Virgin Suicides as the basis for her debut film.

And here we are, twenty years later. The movie affected me almost as much as the book. The Criterion Collection finally released their sumptuous edition this past year (I’m still waiting for them to get off their keisters about Lost in Translation). I received the new Criterion edition as a gift upon its release, and I watched it with full eyes and misty wonder.  It’s tragic magic and fresh force still there after all these years. What an ambitious first effort. What a bold choice, both for its lyrical mastery and cinematic potential. Not easy to pull off. But Coppola, daughter of master filmmaker and all-around cinematic gambler Francis Ford Coppola, brought it to life with eloquent, confident direction, elegant writing and loving devotion.

The Virgin Suicides is a baby blue, sun dappled gothic dream. The story spans one year in the lives of these five sheltered sisters, their inevitable suicides, and the boys who obsessed over them. The collective narrator, voiced by Giovanni Ribisi, in a tortured flashback, is still sifting through the evidence and rummaging through dusty rooms and empty years, desperately searching for answers to the girls’ suicide “free-for-all”.  He steers us through an amber landscape of vivid memory still damp with desire, despair and regret. The atmosphere of suicide is palpable throughout the movie, but the mystery of the Lisbon girls’ interior lives, the sadness of their physical and emotional confinement, and the distant longing of their worshippers are at the forefront of the film’s power and poignancy.

Those awkward encounters in the school halls. A strange and painful basement party thrown for Cecilia after her unsuccessful first attempt. Mrs. Lisbon, making Lux burn her rock albums after a missed curfew. Drinking peach schnapps and making out in fruit-sweet passion under the riser at a homecoming dance—a dance unlike any other you’ve seen in a high school movie with ELO echoing throughout the fairytale-like gym. A soul-swelling song dialogue between the boys and the girls, from their separate homes and bedrooms, carried out in an intimate language and tender, compassionate exchange only possible through a record player and phone receivers. The girls’ rosy dreams and fantastic escapades: these are the moments and elements that endure after the Lisbon girls go away for all time.


Rarely does a film do justice to a near-perfect novel, but this one delivers brilliantly.

Coppola’s screenplay and direction, seamless, organic and perspicacious, allow the audience to experience the mixture of beauty, humor and horror without pulling a muscle.  Techniques like the montage and voiceover are used to propel and enhance the story without a trace of staleness. Like all great directors, her choice of music demonstrates her ability to immerse herself in another world filled with characters and events she clearly understands. Coppola chose the French duo Air to compose the score. The music, eerie and tender, weaves the framed images with uncanny congruity and feel. The simple melody of “High School Lover” the film’s “love theme” in particular, will creep its way inside your chest and haunt you for days (or, as in my case, for years).

The soundtrack is just as good. Although some of the songs used in the film are mentioned in the novel, the majority were cleverly chosen by Coppola. Listening to classic Todd Rundgren and the unsung Sloan in the same scene is enough to confirm badass stature. In several emotionally charged scenes, the audience actually hears the pops and crackle of needle dropping on vinyl before the song begins. Common enough in films these days, but not so in 1999. Whether in celebration or grief, experiences that move us inevitably lead to the comfort, solace or inspiration of music. Everyone can relate to pressing the play button or dropping the phonograph arm to assuage the pain or exalt the joy. It’s a nice touch by Coppola, real and all-too familiar.

The cast is an effective blend of veterans, popular newcomers and talented first-timers. Leading the cast are James Woods and Kathleen Turner as Mr. and Mrs. Lisbon. Woods’ portrayal of the goofy, whipped and slightly “out there” father is sad and pathetically endearing, but Turner’s turn as the domineering and over-protective mother fills the screen and chills the spine. Kirsten Dunst’s performance as Lux Lisbon, is heartbreaking and delectable. She languorously parades her girl/woman aura with naughty swagger and innocent charm, the perfect blend for a character too sad to be good but too pure to be bad. Josh Hartnett plays Trip Fontaine, the only real love in Lux’s short life. Fontane is the quintessential heartthrob. Hartnett flaunts the character’s newfound confidence, magnetism and cruelty with brutal and genuine command. Rounding out the cast are a couple of surprise cameos and a slew of new faces.

If you’ve never seen The Virgin Suicides, you really should.

If you have, it’s time for another look. In either case, it is worth the extra effort and dough to experience it via Criterion’s expert and painstakingly affectionate treatment. This new edition boasts a new 4K digital restoration, supervised and approved by director, with 5.1 surround DTS-HD Master Audio soundtrack on the Blu-ray. It includes new interviews with Coppola and actors Dunst and Hartnett. There’s also a great interview with author Jeffrey Eugenides, The Making of The Virgin Suicides, a 1998 documentary directed by mother Eleanor Coppola, and Lick the Star, a short film by Sofia Coppola. There are further goodies, including music videos, trailers and an essay by novelist Megan Abbot.