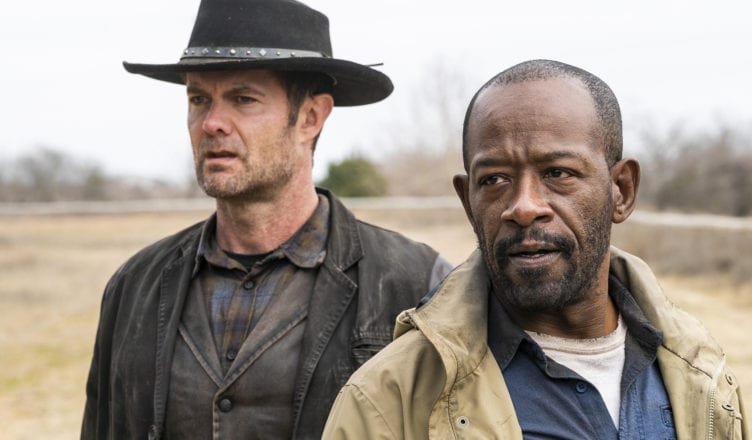 In the last five days I’ve watched Fear the Walking Dead in its entirety, without commercial interruption.  That’s 44 episodes, translating to 8.8 episodes of per day.

It was not my intention to do this.

Didn’t think Fear the Walking Dead would hold my interest. And definitely struggled during parts of Season Two. But I was wrong and now I’m caught up but paying for it.

I’ve already had a figurative aneurysm, two metaphoric strokes and four very real panic attacks. I’m looking at my girlfriend differently. I’m looking at my dog with suspicion. He looks like a walker. I live in Downtown Miami, an up-and-coming area filled with many, many homeless. They look like walkers. (I know, it’s wrong, but they do.)

Whatever. Can’t wait for tonight.

Season Four is that good. The writing is amazing: the constant twists and turns, the chilling fact no character is safe, the betrayals and manipulation of hope.  The two timelines.

The new characters are sick. Morgan is cool for once. John Dorie might represent the best character in the Walking Dead universe ever. And their arcs, so fast to evolve.

You might miss a day or two of work.

You might need a vacation. Still, it’s totally worth it. The old deadbeat writer Charles Bukowski (a literary walker himself) once said something like, “Life would be incredibly boring if you didn’t go crazy every now and then.”

This show is worth going crazy for, especially in anticipation of tonight..