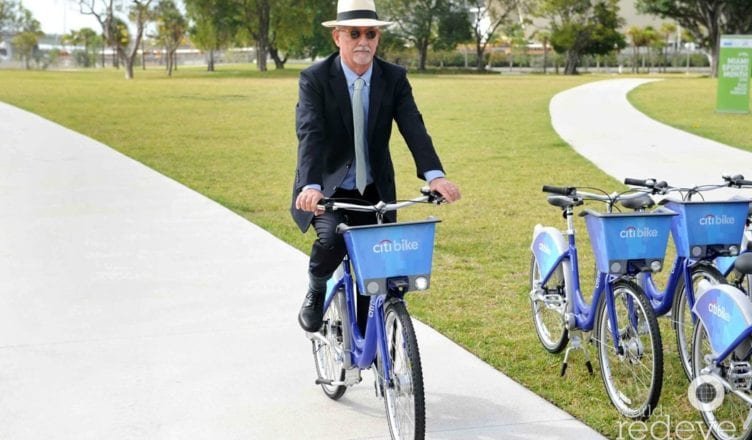 Timothy Schmand, author of Just Johnson and also The Mud Boy, is one of Miami’s most interesting characters and underappreciated literary figures.

Granted, the literary landscape is changing rapidly with so much visual content available. We tell people all the time: people don’t read anymore! And there are more writers than readers. Regardless, and ironically, everything starts with the written word. Everything.

Tim, born in Buffalo, has been in Miami since 1982. He worked for years as director of the Bayfront Park Management Trust and is responsible for more things than he would ever take credit for, including basically establishing free yoga. He loves Miami and knows its beauty.

“Miami is the future of the United States and it is happening right now,” explains Schmand. “Miami is a place where people come together and influence each other in ways that can only happen here. That’s what makes Miami my home.”

On the beauty of Museum Park, to which he had a hand in making happen as manager of the Trust, another fact he takes little credit for.

“There is a silver luminescence to the light and that light there is as unique to Miami as the Golden Gate is to San Francisco.”

Tim is a real Renaissance man with a zen attitude that he carries constantly but would never preach. His life, especially the wanderlust of his youth, is filled with wonderful stories and adventures. His tales of hitchhiking in the Sixties and living in the woods are really worth listening.

It’s all about experiences.

It was Jimmi Hendrix who once asked are you experienced?

Listen to our podcast to hear more about Tim’s literary influences and adventures, in both modern Miami and an America that will never be the same. And read his book, Just Johnson.

It’s one of the best novels in our catalog.