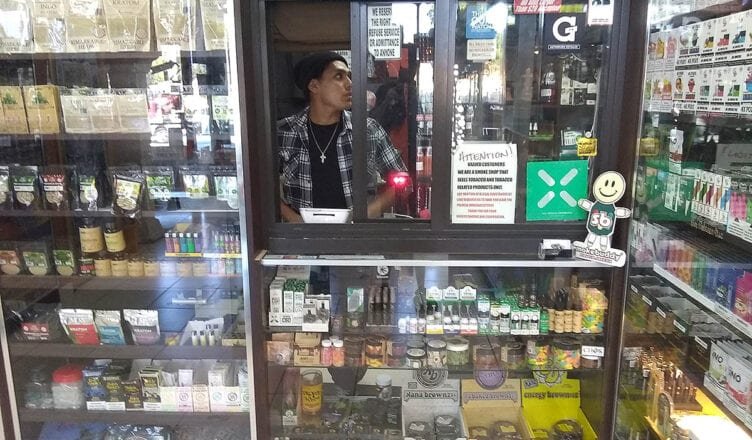 Synthetic marijuana is the grim reaper’s sidekick. It’s a cheap high that kills people, and now, the same concentrated research chemicals from street drugs like Spice, and K2, are giving vapers cause for concern.

The AP recently published an investigation showing that synthetic cannabinoids were found in bootleg CBD pods they bought and tested in Florida and other states.

So far, over 800 people have gotten sick enough from vaping dirty to be counted by whoever tabulates those figures; and a handful have died. Some have contracted lipoid pneumonia. Others simply can’t breathe, but can’t afford a doctor to tell them what to call it.

So I hit the streets of Miami-Dade and Broward Counties to see what’s available at everyday gas stations, liquor stores, and convenience marts.

My first stop is Hallandale Boulevard, just off I-95. GoogleMaps shows twenty-five drug treatment centers within five miles, around thirteen trailer parks, a casino, a horse track, Big Al’s Gun Range, a 24 hour liquor store two blocks away from a 23 hour liquor store, a couple of bums, a couple of drunks, and a couple of wingnuts. So I roll up to the drive-thru at the Farm Store on NW 4th Ave and ask for a CBD Vape. The dude at the window has thousand yard eyes under hooded lids. He hands over a throwaway CBD vape stick that advertises itself as “Naturally rich in fatty acids.” The guy says they sell fast. 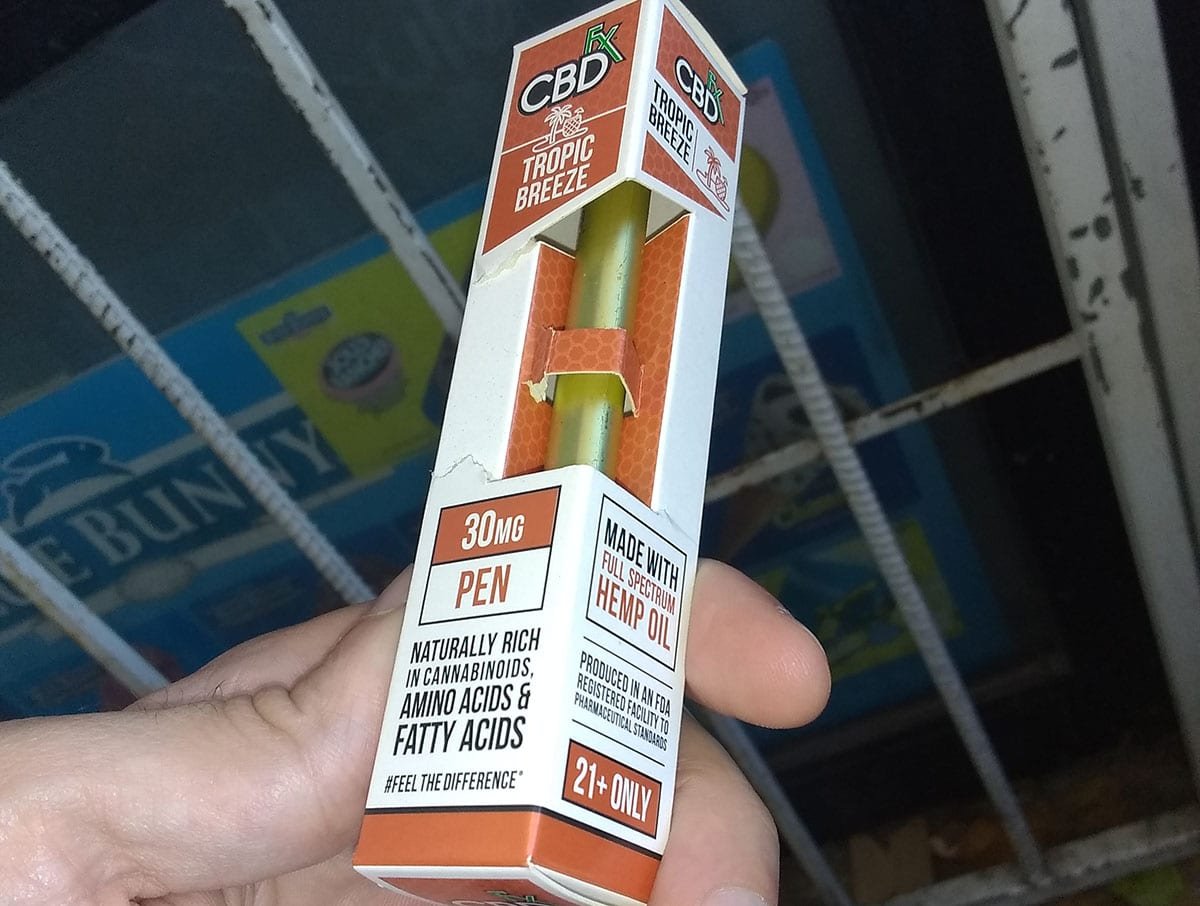 Next stop, The 23 Liquor Store, with a neon sign that says it’s open 24-7. The shelf on the counter’s stocked with Krazy Kratom, hemp oil, and live resin packaged with names like Sherlato Hybrid, and “Gluten Free Hemp Distillate.” The carts hold hundreds of milligrams and cost thirty to forty bucks a pop.

I ask the dude at the counter what CBD product people like best. “The gummies. People love the gummies. They keep coming back asking for them.” 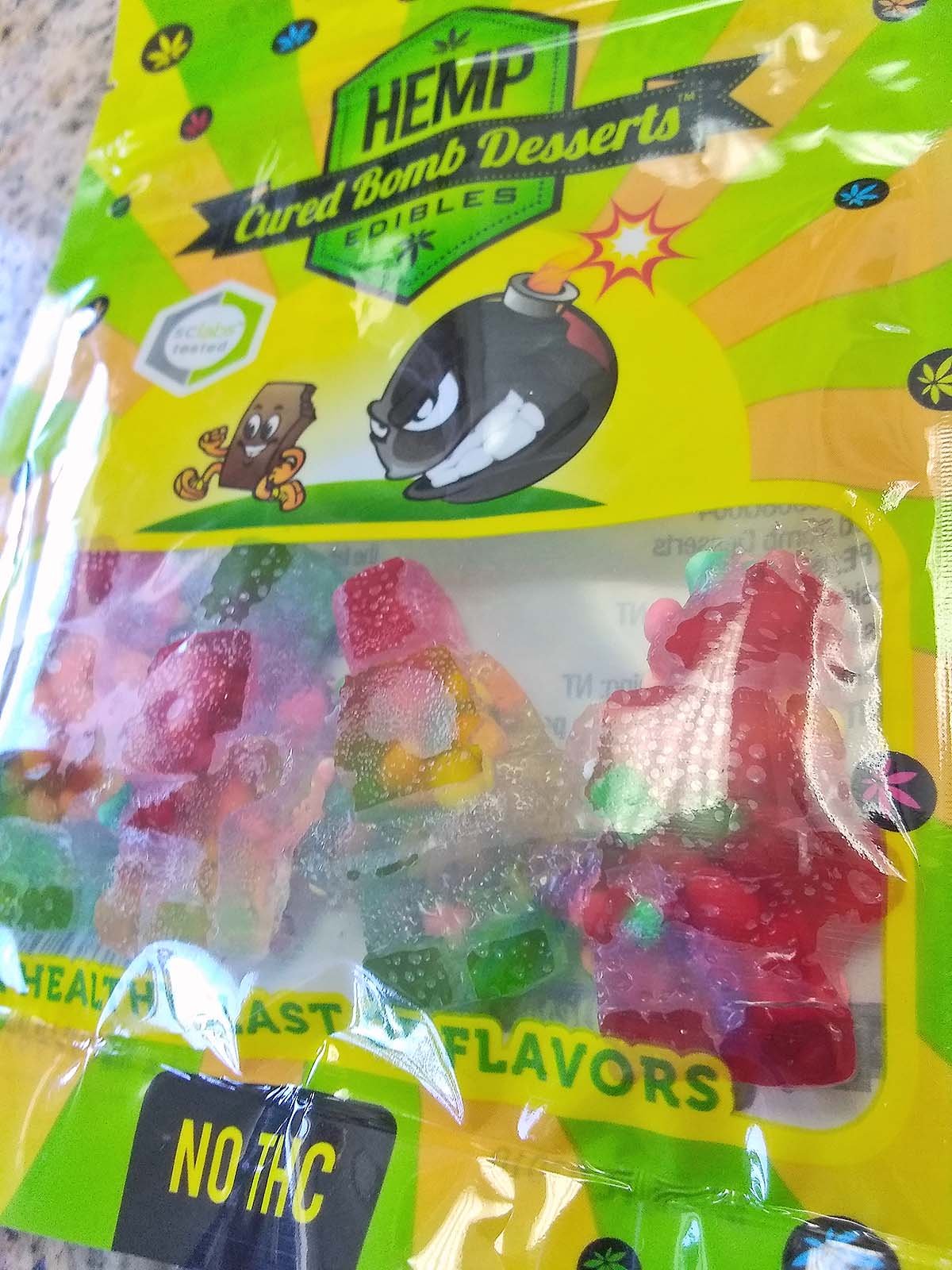 Next up, Sweeney’s Liquor Store, open just 23 hours a day, with a walkup window, a drive through liquor store, and its own Henney Tyme Bar and Lounge welcoming a famous local motorcycle club with a sign posted on the wall.

This place is straight across the street from the Broward Sheriff’s Office which is next door to WPLG Channel 10.

The clerk looks like he plays professional Dungeons & Dragons. “I don’t go out anymore, except to do Cosplay,” he says. “No vapes here, just gummies.”

Then there’s the 24 Hour Smoke Shop inside of the Exxon gas station in front of Cheetah’s strip club a few blocks east.

They’ve got glass, blunts, papers, a valerian-melatonin double dose brownie called “Brownzzz.” There’s a wall of CBD flower, and sprays, and carts, and batteries. There’s a rapper with blue hair shaved close to his head like a smurf working the counter. His manager gets hyped when I ask for CBD carts. Someone just dropped off product samples and he goes somewhere to get them. He’s selling them for five bucks a pop. I know this because I bought two as a souvenir. Online, they retail for fifteen bucks each. 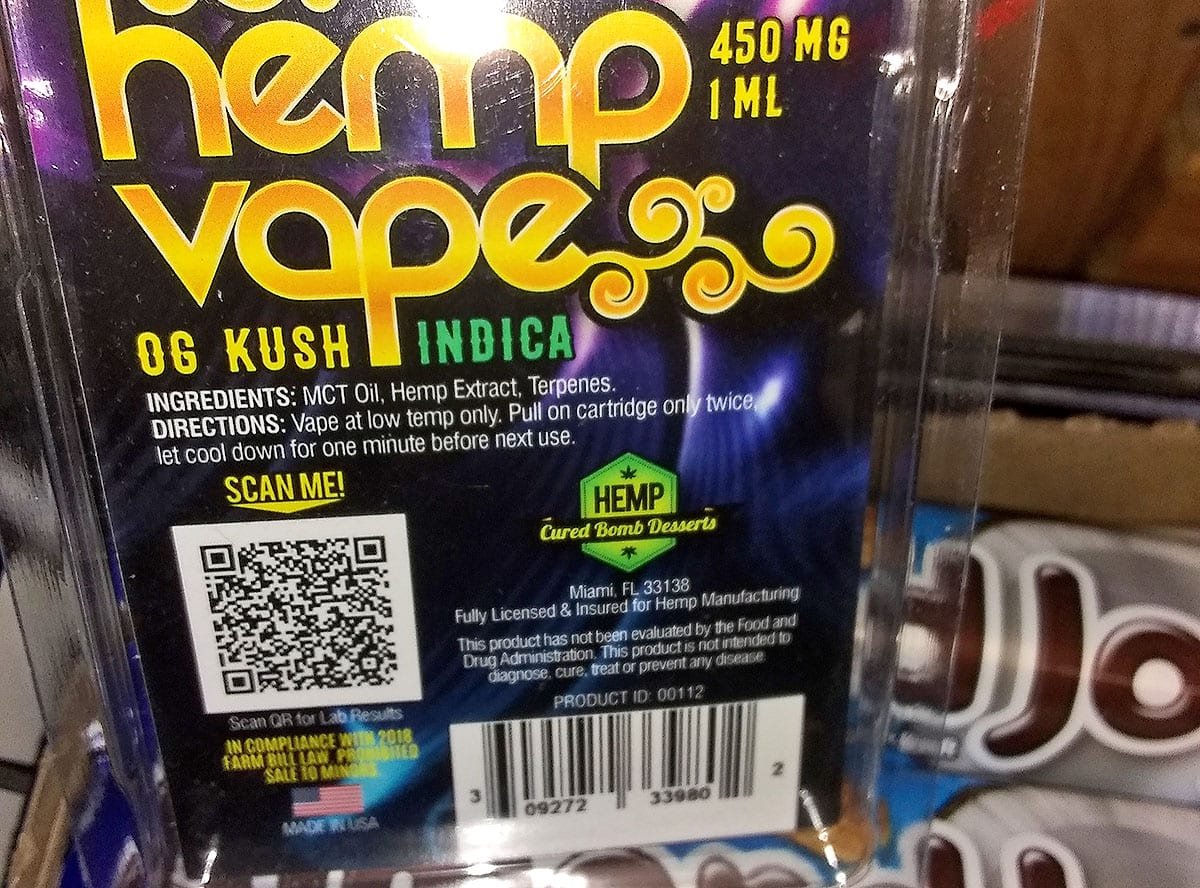 From Hallandale, it’s a few minutes to Aventura, whose outskirts now sport back to back lofts and condos next to the Brightline train track. Every so often there’s mini mart. The Aventura Mart sells Buddha Disposable Hemp Vape Pens.

At the Brazilian Market on 186th Street, a nice crowd of customers, and three nice Brazilian ladies behind the counter. They’ve got plenty of feijoada. No vapes. There’s a Miracle Leaf Medical Marijuana Center next door. It’s closed; its merch entrapped in glass, like so much glossy oil on its way into your blood stream.

At the 7 Store (no eleven) at 167th st and NE 19th Ave, a guy with a Jamaican accent says, “No oil here.” Outside, a guy with epic dreads wicked up a foot straight out of his head is talking with a boxer-ripped tatted up legend named Herodote (famous name, like Herodotus) who says that anything containing synthetic marijuana is dangerous. “Don’t put it in the vapor. Don’t put it in the paper. Why would you want to do something that kills you?”

He should know. He’s seen people die repeatedly from it. While in Florida State Prison, everybody used to laugh when someone smoked too much and hit the floor. One guy, Hero saw a guy “Smoke a whole stick, fell down and started flopping on the floor like a fish on his back. He hit his head and I went to help him and he was swallowing his tongue. I lifted him up so he wouldn’t choke to death and he started throwing up. He lived. I saved his life.”

My last stop is the One Stop Smoke Shop on 163rd Street and NE 18th Ave. James has been working at the shop for a year. “People come in all the time looking for Spice (synthetic marijuana), ways to beat urine tests, and asking if we have THC vape carts,” he says, “But we don’t sell THC and we refuse to buy anything that hasn’t been lab tested. We don’t sell free samples.” He says that tainted products are mostly defective carts that couldn’t pass inspection in California. The manufacturers unload them for cheap and they end up in the streets of South Florida.

So be careful out there. Watch out for street vapes, and don’t trust any product just because someone tells you to.