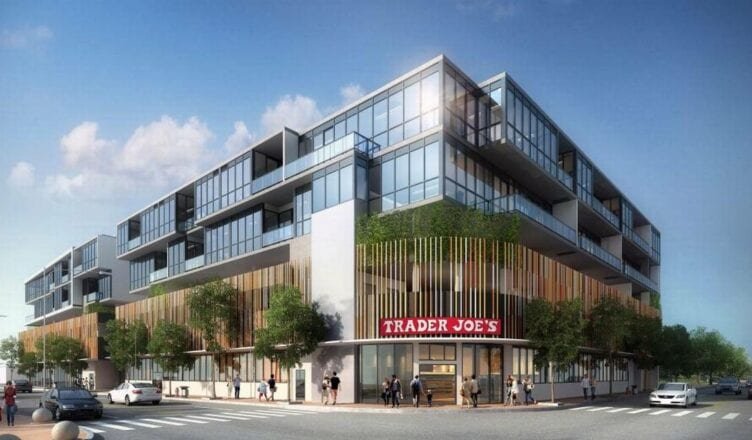 August 19 Update: Now we’re hearing Trader Joe’s Miami Beach won’t open until August 27. At this point when we see it’s open, is when we’ll believe it will open.

Since 2017 South Beach has been teased with the opening of a Trader Joe’s at the corner of 17th Street and Alton where the Shell gas station once was. The long wait is almost over. Employees are going through training as you read this and South Beach residents will soon be able to walk over to buy some three buck Chuck wine, and vegan mochi. We are told the opening will come any day now  There is no set date, but probably within the next week.

Trader Joe’s,  the grocery store for those on a budget, but not on a diet, is headquartered in California, but has slowly, very slowly expanded into South Florida. They opened a branch in Pinecrest in 2013, then they set up shop in Pembroke Pines in 2014, and most recently added another store in Davie in 2015. But finally they’re coming to the Beach.

This South Beach Trader Joe’s has been a slow go. The Miami Herald originally reported in February, 2017  that the store would open in the latter half of 2018. But there were  a few modifications to the building’s design requiring more approvals from a bureaucracy that was in no rush . There were rumors Trader Joe’s would open the weekend of July 20, but as that date came and went, fans of their stuffed grape leaves and frozen cauliflower pizza crusts can only hope they’ll stay true to this early August opening date.