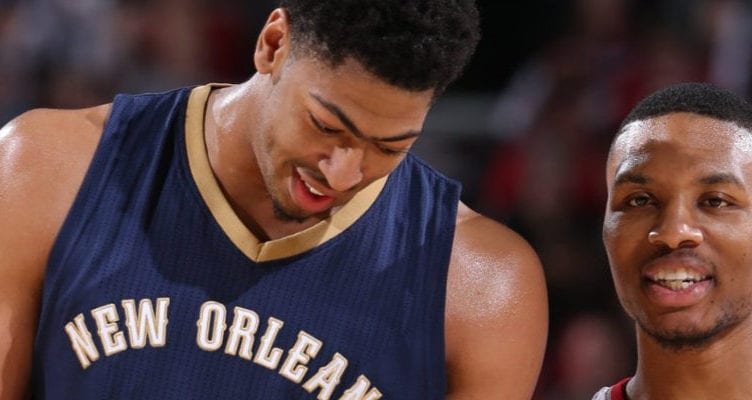 Bro, I don’t know about you, but watching the Heat this year has been all weird. One day it seems like we’re tanking by sitting all our good players and losing to whack teams like Atlanta every week. Then I look at the standings and somehow we’re #1 in our division. That’s why I love the Heat, bro. We’re so hard we can’t lose even when we try.

But we’re not  winning either.  We-re 19-19. We got to get better or else May and June are going to be boring for Heat fans. That’s why I decided to put in some overtime and help my homie Pat Riley out. Here are trades the Heat got to make right now. They’re all approved by ESPN”s Trade Machine, so its on The Heat if they don’t do the work and make them come true.

I know you”re saying why would they ever do this. What kind of crack am I smoking to even bring this up? True, I know Klay Thompson is struggling, but I think Spo can get Thompson back on track. Do it Pat! Pull the trigger now.

You’re probably like what ?!?!? Everybody knows Anthony Davis is going to leave New Orleans. He really wants to play in Miami where we have the best eyebrow trimmers in the world. Why should we give up all these dope players when we can get him for nothing if we’re patient? I could die in three years before we get him as a free agent. Get him here now where he can ball and get his unibrow taken care of.

Yeah, we’re giving up too much for Lillard, but whatever. Sometimes you gotta give to get.

I know it’s going to be a pain in the culo to figure out how to say the Greek Freak’s name, but he’s good. We’ll sweeten it up with all the first round picks Milwaukee can eat. Have fun with pick #27, #28, #26. Suckers.

SG- Dwyane Wade (Have some respect for #3. Stop playing him off the bench Spo!)

Off the bench… Dion Waiters, Kelly Olynyk, Wayne Ellington, and in a surprise move Ray Allen comes out of retirement to win another championship. Do it now Heat!