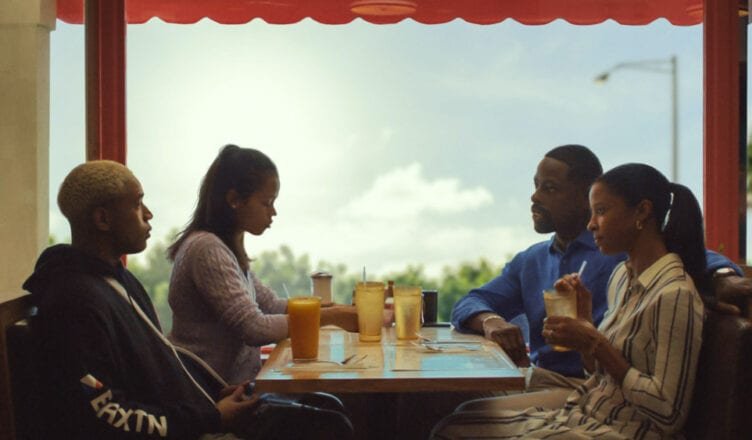 Even though Trey Edward Shults’ new movie Waves uses its South Florida locations to maximum effect, the coming-of-age ensemble drama felt like it could have taken place in any city, USA. So my first question to Shults when I had him on the phone was why set it in our neck of the woods? “My girlfriend is from here.” Shults said. “This is the first place I lived after leaving Texas. We were so broke we lived in her grandmother’s apartment in Davie. I wanted to set it in her hometown and I wanted to do it justice.”

From its opening shot driving on the Rickenbacker Causeway towards Key Biscayne to a random manatee sighting to a high school in Davie, Waves does capture a very 305/954 kind of feel. In chronicling the traumas of a suburban African-American family, it avoids most of our tourist locales. There are no scenes on Ocean Drive, nor any painted walls in Wynwood (though Shults did say he transformed the Wynwood bar, Gramps, to portray a diner). Rather it showcases a different South Florida than movie audiences are used to. Instead of nightclubs we get suburban teenage house parties. In lieu of art deco we get the construction sites of our endless housing boom.

But Shults said before he had a setting, he had a theme for Waves, “I wanted to make something that spoke to the highs and lows of life. The love, the hate, the fun, the agony. I wanted to explore that between a brother and a sister and their lovers.”

Waves is a heavy movie.

The first half of it in particular. There’s one specific scene that is as agonizing to sit through as any drama this side of Requiem for a Dream.  As tough for the audience as that brutal moment was (which we won’t describe), Shults said it was even rougher for himself and the cast and crew. “The pinnacle event was hard. I didn’t want to stop shooting until it felt honest. We had to show how a relationship built on love can fall. If we didn’t get that scene right, the whole movie would fail.”

The hour of cinema that comes after that difficult scene stops Waves from becoming too much of a downer. “The first half is a cautionary tale,” Shults admits.  “The second part is about working on communication. I hope people will connect with these complex human beings.”

So far audiences and critics have connected with the movie with mostly positive reviews. The two hour fifteen minute feature they saw was very different from Shults’ original cut. “I edited it for a year. I wanted an abundance of material and I got it. The first cut was three and a half hours. We brought in an editor (Isaac Hagy) to help me get my sanity back. if you believe there could have been a scene between moments in the movie, there probably was. But you have to kill your babies.”

With his babies killed, and a movie completed that channeled difficult moments from his own life, Shults is happy to not have any other cinematic fires in the oven. “I feel like a blank slate. I put everything I had into this movie.”