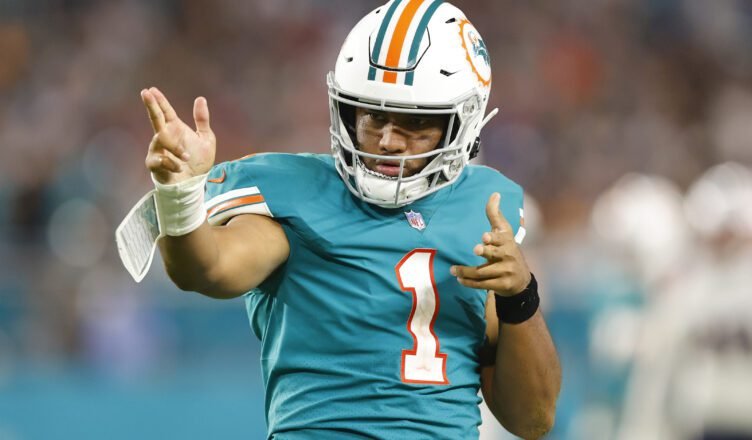 For any well run sports franchise the 2022 Miami Dolphins off-season would be something to cry over.  Let’s do a quick rundown over what’s befallen our local football team since their last regular season game in January.

The Dolphins fired Brian Flores, their most successful coach over the last two decades.

Brian Flores then proceeded to sue the Miami Dolphins over racial discrimination in their hiring practices. His lawsuit also dropped the bombshell that he was offered $100,000 dollars for every game he got the Dolphins to lose.

The Dolphins hired Mike McDaniel as their new head coach, a man who has never been a head coach at any level. Not even flag football.

The NFL took away the Miami Dolphins 2023 first round pick after owner Stephen Ross  got caught trying to recruit Tom Brady to Miami while the quarterback was under contract with another team.

To sum up, Miami lost a proven coach who got the team to overachieve the last three seasons in exchange for a man whose major hiring qualification is he knows how to say nice things about the team owner.  And the scary thing is if McDaniel finds himself as much over his head as his resume suggests, the Dolphins lost next year’s first round draft pick, the one reward for being bad this coming year.

There is still some optimism in sunny South Florida that our Dolphins won’t be as shoddy as we’ve come to expect over the last couple decades. Most of the good vibes come from the acquisition of wide receiver  Tyreek Hill. The Dolphins gave up five draft picks for the 28 year-old all-pro wide receiver who goes by the nickname “Cheetah”. Hill has been one of the top receivers in the NFL over the last decade, but he had luxury of playing in Kansas City with Patrick Mahomes, one of the best quarterbacks to ever play the game.

The Dolphins have signed top receivers in the past, notably Brandon Marshall in 2009 and Mike Wallace in 2013, only to see them flounder when  matched up with Miami’s pupu platter of quarterbacks.

This means the success of the Dolphins will come down to the quality of play of quarterback Tua Tagovailoa. If Tua is as good as everyone thought he was when he was in college at Alabama,  the Dolphins could finally be a playoff team. If he continues the unsteady play of his first two pro seasons, where his level of competency decreases whenever the stakes rise, 2022 could be a very, very long season.

Those optimists could say this is the first time Tua will be fully heathy. The pessimist will claim Tua is injury prone and lacks the toughness to ever play a full season. The optimist would counter Tua finally has a coach who believes in him. The pessimist would ask what has Tua shown that engenders such belief?

The gambling lines are somewhere in the middle. They have the over/under for the number of Dolphins victories in 2022 at 8 and a half games which would put them right where they were last year when they won nine games.

If I had to bet I’d take the under. The last 20 years of being a Dolphins fan after all has molded me into a pessimist.