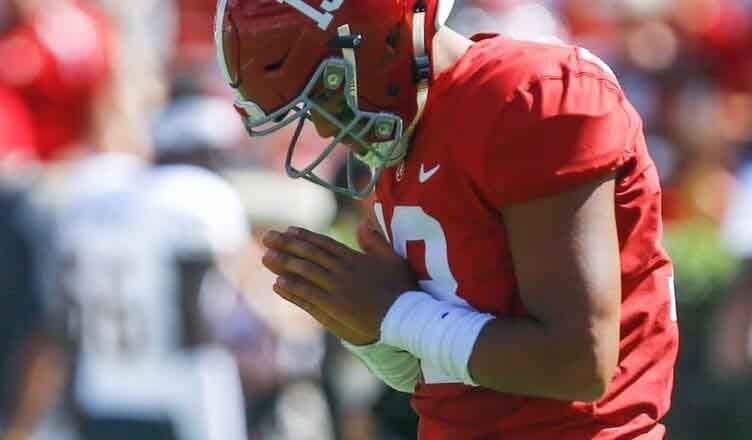 Miami had to decide between Tua Tagovailoa and Justin Herbert.

Every decision we make on a day to day basis has some element of uncertainty. Some are straight forward while others tug at our sensibilities separating us from what appears to be easy and obvious. The pendulum of possibilities swings from risks to rewards teetering between the agony of defeat and the thrill of victory. This theory defines the NFL draft and no team did it better than the Dolphins.

Conventional wisdom and athletic measurables would lead you directly towards Justin Herbert over Tua Tagovailoa. Herbert is bigger, stronger and not to mention significantly healthier than Tagovailoa. But there’s a key factor missing, Herbert’s ‘care’ doesn’t have a fifth gear. His upside and potential is limited while Tua’s is through the roof and arguably one of the highest ever. So one question remains. What was head coach Brian Flores and general manager Chris Grier’s appetite for risk?

Take a moment to consider that Miami drafted a player fifth overall who is one tackle away from watching his career go up in smoke. But, if the gamble pays off orange and aqua confetti lines the streets of Biscayne Blvd, if not then Flores and Grier are fired and the Dolphins revert back to square one. Tua Tagovailoa has beaten the odds before however. As a true freshman Tagovailoa was inserted during halftime of the national championship game and led Alabama to an improbable comeback victory. Simply incredible, that’s the fifth gear, that’s the potential that blinds and trumps any shortcomings he may have.

Obviously the intangibles and talent is there, but what actually drove the organization to roll the dice and go all in on a quarterback with a fractured  hip and two bad ankles? Fear, fear of another Ryan Tannehill, Chad Pennington, or some other C+ B- mediocre quarterback for 6 or 7 years.

Miami literally has nothing left to lose, they’ve been bad for 20 years. 1972 was a generation ago and Dan Marino has become a folklore medieval tail to younger fans. After 20 subpar years you can’t stand pat and rest on your laurels, it’s time to take a risk. It’s the same pros vs cons game we grapple with in our daily lives every day. Miami made the correct decision by drafting Tua and they’ll reap the benefits for years.